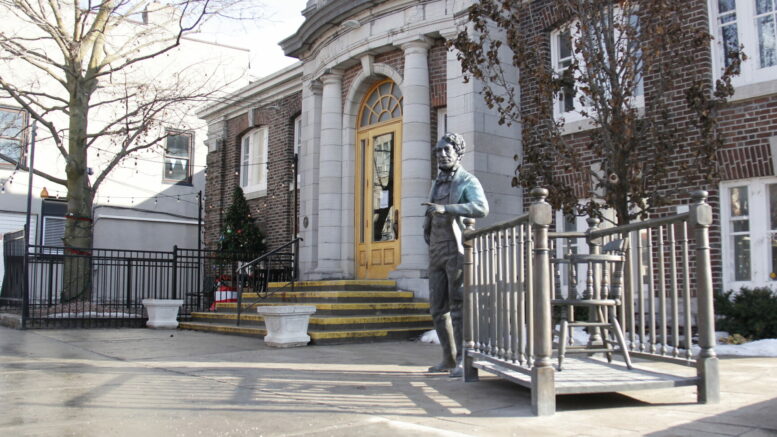 The County of Prince Edward is coming the community to seek input on how best to proceed with the complicated legacy honoured by a statue of Canada’s first Prime Minister on Picton’s Main Street.

The municipality announced it will ask  for public feedback in early 2020 on the Sir John A. Macdonald statue that was reinstalled Monday at the Picton Branch of the Prince Edward County Library.

“We want to hear ideas about ways we can recognize our first Prime Minister’s complex legacy,” said County of Prince Edward Mayor Steve Ferguson. “I am hopeful that this consultation together with the Library’s speaker series will help our community think more deeply about the process of reconciliation between Aboriginal and non-Aboriginal peoples.”

Details about the consultation process will be announced in the coming weeks.

County staff will gather public input and provide Council with a report outlining the findings and possible options.

Ruth Abernethy’s artwork Holding Court depicts the moment when the teenage Macdonald won his first court case in the Picton Courthouse on October 8, 1834 before a judge and jury.
The Prince Edward County Public Library is hosting a speaker series to explore the broader historical context of Canada’s first prime minister.

More events will take place in the winter and spring of 2020.