As your humble scribe prepares to carve out the first annual notch in the editor’s desk at Canada’s Oldest Community Newspaper, this corner has certainly bared part of his soul and the formings and experiences that have led him to this place in time.

Here’s one I bet you, dear reader, wouldn’t have imagined.

There was a time when I bemoaned the fall of the Soviet Union.

Before you sharpen your pitch fork and light your torch, please understand I wasn’t a Red. I didn’t agree with tennants or even fully understand the concept of communism and I certainly didn’t know the hard and brutal truths of living conditions in the Eastern Bloc and the satellite states or how freedoms were stifled under the policies of the Politburo.

My infatuation with the USSR of the past was for strictly juvenile and completely selfish reasons.

You see, as a Canadian child of the 1980’s, every so often this glorious hockey team that represented the Red Army would emerge from behind the Iron Curtain and battle our red and white clad warriors on a frozen sheet of ice in games that seemed to supercede everything else that was going on in the world. Glasnost and Perestroika would eventually lead to the fall of the Marxist-Leninist-Stalinist totalitarian state, a regime that took three quarters of a century to build and mere months to deconstruct.

With that fall of Soviet policy and practice came an eventual influx of Russian hockey players to the NHL and, with that, the end of this unknown and mysterious hockey super power that was the perfect foil for Team Canada whether it be our national team, our NHL All Star laden Canada Cup entry or our world junior team.

Being obsessed with a galvanized rubber disc and the people who chased it thankfully gave way to more serious pursuits such as reading up on the history of how the Soviet Union came about, why it failed and the millions of human beings who suffered and died along the way.

This learning and evolution comes to the fore front in this space this week because, while the dark and drastic conditions that citizenry subsisted under in Soviet Russia are unfathomable to us as freedom-loving Canadians, we are getting a droplet or two of the communist Kool-aid during the COVID-19 pandemic.

With critical reasoning behind it, we are being restricted from moving about freely.

For some, employment has been affected.

Line ups outside grocery stores that can take hours to manoeuvre are regular and, once inside, empty shelf space indicate supply chains aren’t quite working at their historically optimum rate. These aren’t the desperate breadline queues of 1980’s Moscow by any stretch but the scenes offer a slight and passing resemblance.

Uniformed officers patrol public areas and make sure people don’t gather or socialize in groups of more than five. On the Millenium Trail last weekend, the OPP were stopping side-by-side ATVs and making sure all passengers were from the same family unit.

This is not a knock against the dutiful OPP, our hardworking friends at the local grocery stores or the three levels of government trying to shepard our country through a dark time in our existence.

These measures are required and will save lives.

But when they return, may we never fail to appreciate our rights and freedoms we enjoy as Canadians nor ever forget how quickly they can be taken away. 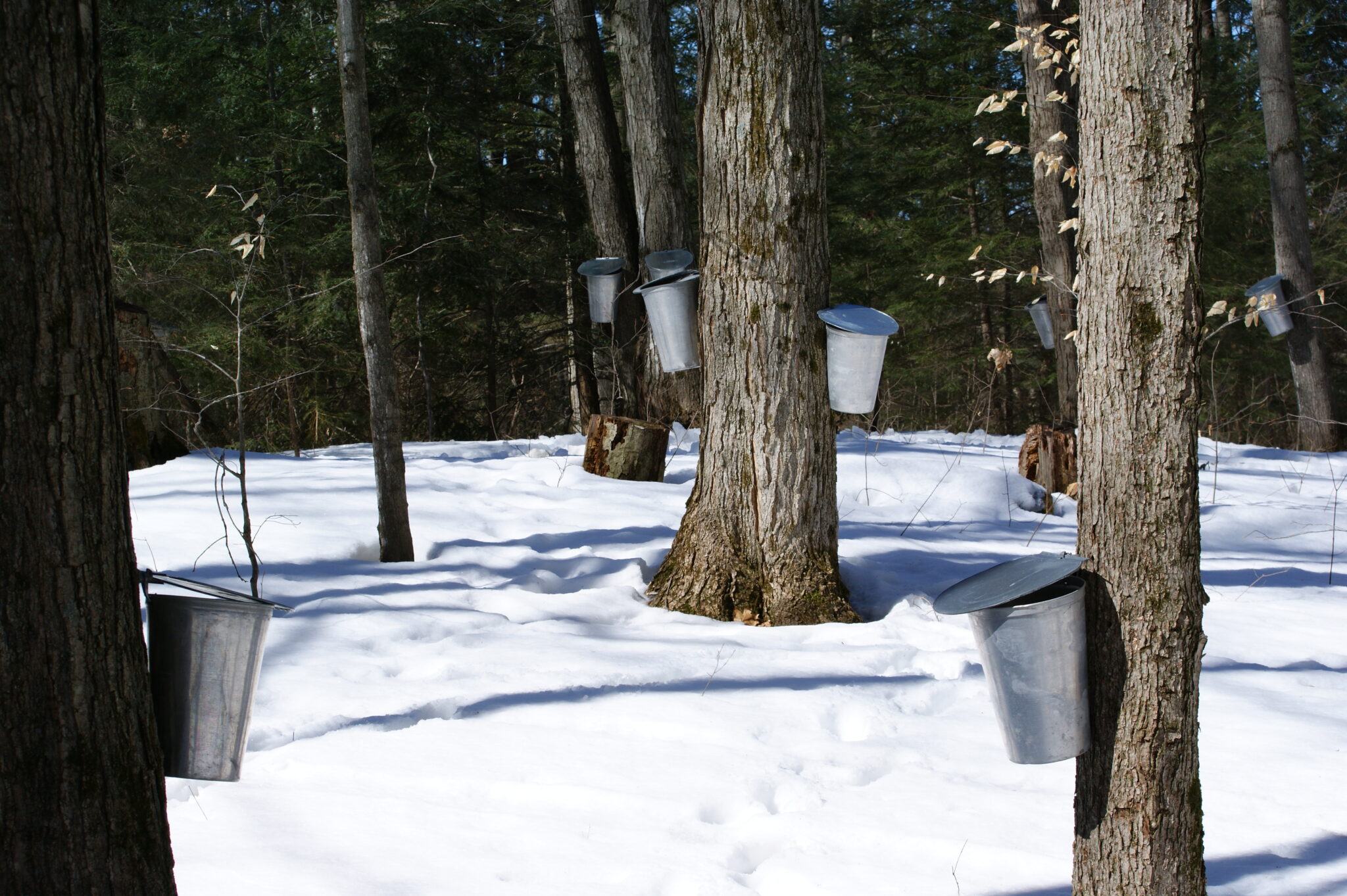 SEEKING SAP Sap collection buckets hang in the springtime sun at Honeywagon Farms on Sandy Hook Road in this submitted photo by Gazette reader Chris Jeffery. Have a scene from springtime past? Please send your best photo to be featured in ‘Picturing Our Community’ at gazette@bellnet.ca. (Photo by Chris Jeffery)