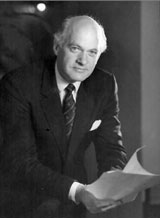 James “Jim” Allan Taylor
May 2, 1928 – September 1, 2020
James died peacefully at the Belleville General Hospital on the morning of September 1, 2020 at 92 years of age. Much loved husband and best friend to Mary Marguerite (nee Robinson), cherished father to Kim (Charles, pre-deceased), Cynthia (Kelly), James Jr. (Susan), and Timothy (Deirdre). Proud Poppa /Grandpa of ten grandchildren including Lauren (Chris), Jamie, Taylor, Kelly Breanne (Dan), Brendan, Madison, Kaitlyn, Jonathan, Daniel and Andrew, and great-grandfather to Harry. He is survived by his brother Harold. James A. Taylor was born May 2, 1928 in Timmins, Ontario, the third of five boys to Winnifred and Alfred Taylor. James attended the University of Toronto, where he achieved a BA in 1949, and Osgoode Hall Law School where he received his LLB in 1953. He was a former member of the U. of T. boxing and wrestling teams, and an intercollegiate wrestling champion. He was also a life member of the Scarborough Underwater Club. On September 20, 1950, James married Mary Marguerite Robinson, originally from Brampton, whom he met while attending the University of Toronto. They would have celebrated their 70th wedding anniversary later this month. His long association with urban affairs and municipal government began even before he started law practice. From 1951 to 1957 he was involved with the civil administration for the Borough of Scarborough – first as an articling law student, then as a legal advisor and solicitor for the municipality. In 1955 he set up Scarborough’s Legal Department, and for the next two years was a member of a four-man committee enacting the municipal council’s decisions into practice. In 1963 he was named a Queen’s Counsel, and from 1965 to 1967 he was legal council to the Ontario Select Committee on Conservation Authorities in Ontario. It was this committee that brought him to Prince Edward County, and shortly thereafter, he bought property at South Bay. To his broad knowledge of Ontario, James Taylor added a first-hand under-standing of international affairs and administrations beyond North America with extensive travel throughout the sixties. He saw Central and South America, Western Europe, Russia, Scandinavia, Japan, the Middle East, Greece and Turkey. His interest in governmental affairs afforded him a broad background on local government administration, and an under-standing of international affairs. In 1971 James started up a cattle operation on their family farms in South Marysburgh Township, Prince Edward County. The farm provided valuable insights and practical experience when it came to understanding the issues facing an agrarian community. In the same year, in October of 1971, he was elected as an MPP for the riding of Prince Edward – Lennox. James A. Taylor served in the Ontario Legislature for 17 years, from 1971 to 1987, and was a cabinet minister in the Progressive Conservative government of Bill Davis. During his career at Queen’s Park, his cabinet positions included Minister of Community and Social Services in 1975, and Minister of Energy in 1977. In 1983, he became the Parliamentary Assistant to the Honourable Frank Miller, the Minister of Industry and Trade. In this role he led trade missions to many countries including South Africa, Saudi Arabia, Kuwait, Egypt, Australia, New Zealand, India and Hong Kong. He continued to serve the constituents of Prince Edward – Lennox until retiring in 1987. James also served two terms as the first Mayor of the amalgamated Prince Edward County for a total of six years, from 1998 to 2003. It was a challenging assignment for the Mayor and council to create one cohesive government from eleven local municipalities. This was a time when the Ontario government was downloading many fiscal responsibilities to the municipalities. As Mayor, he served on all standing committees, was the Director of Quinte Healthcare Corporation, a member of the Finance Resource Committee, the Police Services Board, and the Eastern Ontario Smart Growth Panel. James Taylor was personally committed to public service. His political career spanned over 30 years with a long list of community involvement. Not only a leader, he was a dedicated humanitarian and community builder. He was determined to open up the County to business, economic growth and prosperity, while at the same time expediting the planning and approval process. James possessed a love of life and a fearless spirit. His integrity, determination and sense of humour provided him the foundation for many successes in life, and set an example for us all to live a caring and compassionate life. James and Mary resided at Northport in the County for over 45 years. His home was his sanctuary where loved to maintain his gardens and grounds, and he enjoyed many books in his favourite chair in his library over the winter months. But above all, he enjoyed holding court at the dining room table surrounded by all of his children and grandchildren, telling stories and jokes. His lessons of loyalty, perseverance, patience and graciousness are deeply rooted values that we as a family hold in high esteem today. James and Mary moved to their Westwind condo in Picton five years ago, and recently moved to the Quinte Gardens residence in Belleville. The family would like to thank all the staff, including the doctors and nurses for the care and compassion they provided on a daily basis at the Belleville General Hospital. In lieu of flowers, the family would appreciate donations made to the PECMH Foundation “Back The Build” or the PECMH Auxilliary. A public visitation will take place at St. Mary Magdalene Anglican Church, in Picton, on Wednesday, September 9, 2020 from 2:00 to 4:30 pm. Due to Covid-19 restrictions, visitors must schedule a time by calling 613-476-2450 and a mask must be worn. A private funeral will be held at a later date Arrangements entrusted to the Whattam Funeral Home, 33 Main Street, Picton www.whattamfuneralhome.com