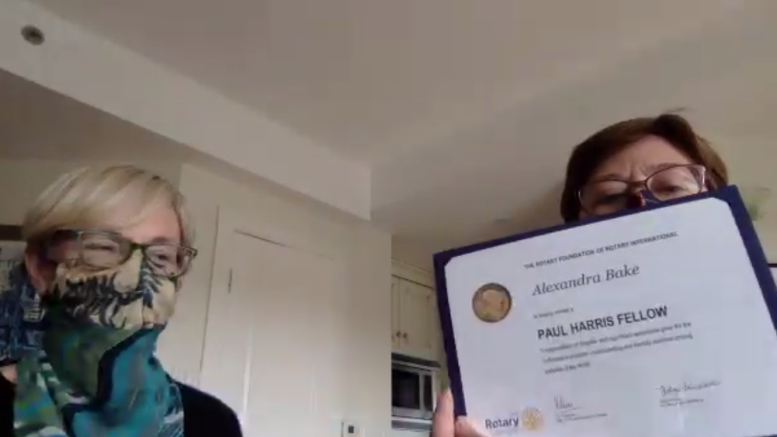 NOTEWORTHY CONTRIBUTIONS- Brenda Hellyer, Past President of the Rotary Club of Picton presents Alexandra Bake with the Paul Harris Fellowship Award for her work in the community.

The Rotary Club of Picton welcomed Alexandra Bake, local entrepreneur and proponent of the Picton Public Library Expansion at this week’s meeting. Bake attended the virtual meeting to receive the Paul Harris Fellowship Award, described as being one of the highest awards bestowed by Rotary. She is the first recipient of 2020.

Apart from being a prominent local business woman, Bake sits on the Picton BIA Board as Treasurer as well as the PARO Centre for Women’s Enterprise. She has has been involved in County Reads and the Prince Edward County Author’s Festival.

Those who receive the award have made noteworthy contributions in Prince Edward County and have exemplified the Rotary ideal of “service before self”.

“Alexandra has made our community better in so many ways, one of which is her commitment to the expansion of the Picton Branch of the Prince Edward County Library,” said Don Wakefield.

Among her accomplishments with this campaign is making a deputation to Prince Edward County Council, Picton Rotary and other organizations.

She also helped organize the fundraising tag day, and the Love Your Library campaign, with signs supporting this throughout the County.

The fundraising goal for the new library is $2.8 million. This redevelopment will see the size of the Picton Library double while maintaining it’s historic character. 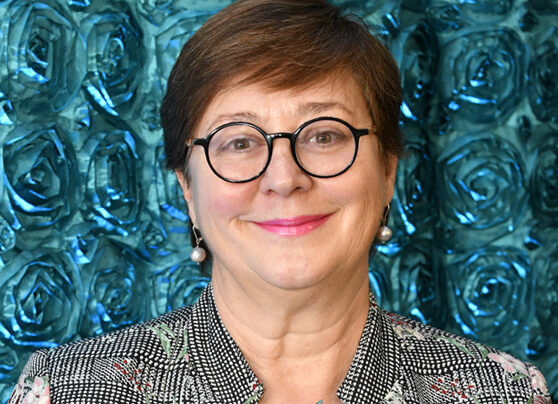 As Wakefield noted, Rotary has always valued and recognized literacy as being “key to fulfilling one’s life goals.”

Rotary has also identified a need to strengthen the capacity of communities to support basic education and literacy, thereby reducing gender disparity in education and increasing adult literacy, Wakefield stated.

With her contribution to the library expansion project, Bake is helping to increase literacy throughout the County.

She is also well-known for her conservation efforts in downtown Picton. Bake has restored several buildings, including Books & Company, Rose Haven Yarn Store (formerly the Public Utilities Commission) and the Gilbert and Lighthall building. For this type of work, Bake has received a Conservation of Built Heritage Award from the municipality.

“Her leadership to raise almost $3 million dollars for expansion of our Library Building, represents not only preservation of built heritage, but also the work which will go on inside that building, notably to expand literacy,” said Wakefield. “Generations will look back and know that work and care was given to make sure that County residents had equal access to books, computers, and needs to expand their knowledge.”

Bake also had a few words to share with Rotary and offered an update on the progress of the library expansion.

“My involvement with Rotary started fifteen years ago and I have watched with great pride all the things Picton Rotary has done for this community, including the support of the Picton Public Library Expansion Project,” said Bake.

Bake informed Rotary that she and others on the library board have been in close negotiations with the municipality and that she is hoping to be able to begin construction by the end of this year.

“We are in very close negotiations with the municipality to be able to start construction,” iterated Bake. “I think we’re about $15,000 short the amount that will allow us to put a shovel in the ground and we’re hoping that will happen before the end of this year.”

Bake also expressed hope that the balance of the amount would come in the year and half it takes to expand.

“We’re just over $2 million and will be going before council in the next month or so,” she added.