Youth civic engagement will be at the forefront as Prince Edward County becomes the first Eastern Ontario municipality to join the Youth Council Coalition of Canada (YCC).

YCC’s mission, she said, is to support the development, success and influence of Canadian youth councils and also meant that more youth in politics is needed across our communities. The coalition was founded a few years ago by herself along with the Board of Directors, after much personal research and self-development.

After seven years involved in Lakeshore’s youth council, she said she left to work in other cities, but returned knowing there was a community waiting for her.

She returned to find the committee was inoperative; not recruiting new members, did not have the staff or municipal capacity at the time, was unsure of community interest.

“I was shattered. So, here was something that I gave month after month to, and what I thought was so special about our time,” she said. “I was then inspired to conduct my own research and found out that retention and youth engagement were struggles of municipalities across Ontario, but that there were examples of success. This led to the creation and incorporation of the Youth Council Coalition of Canada.”

The re-established youth committee now has six youth along with administrators, she said.

Santarossa was then elected as a councillor for the Municipality of Lakeshore in 2018, at just 24 years old – stating she can confidently say she is likely the youngest elected female in municipal government in the province.

“I think in the absence of a stand-alone youth committee, first and foremost, making sure that you can be inclusive in all of your other committees and engage youth that actually have specific interests in the municipal and civic sphere is extremely important,” she said. “But what it doesn’t do is speak to the rest of the youth in your communities.”

The coalition, she said, works to create a digital community for all member municipalities to share best practices.

“What happened in my municipality I do not want to see happen anywhere else, where administrators don’t feel that they have the external support, or the network or access to best practices to make sure that their youth engagement strategies are sustainable. To make sure that you’re actually using them to have a positive impact on your community for things like affordable housing if you’re trying to encourage your young people to stay in your community,” she explained. “That’s really what the YCC is about – that was what the organization was founded upon. When COVID struck, we had to sit down and put our heads together to think about ways that we could support municipalities and youth through a pandemic because youth aren’t out sitting at committee tables. Some committees have just been completely paused if they’re not absolutely mandated and they’re not meeting, period, across the province right now.”

And so, the Hour to Hour Challenge was born, Santarossa said. It challenges townships to create a standard set of procedures in which you engage youth online, whether that be inviting youth over Facebook or a website to watch council meetings and emailing council with 10 things they learned or questioning certain topics.

These types of engagement, she said, would count toward students’ civic and community engagement hours in their schooling, which she said in the virtual reality we’re in can be hard to get.

“I can confidently say I would not be speaking to you today – not as the founder of a non-profit nor as a councillor – if it weren’t for my time spent engaged in municipal government,” she said.

Santarossa said outside of those community hours, it’s vital for the municipality to engage youth long-term, as many municipal and senior staff, with loads of experience and historical knowledge, will be looking to retire.

“If we don’t start recruiting young people, not just to consider being elected officials, but to be administrators and to integrate themselves into the life of civic government in whatever service capacity that might be, we’re all going to be a real loss. Not just in Ontario and in our own separate communities, but across the country,” she urged.

As an example of the Hour to Hour Challenge, Santarossa said a Hamilton councillor uses Instagram to connect with youth by having them direct message five lessons the youth learned or joining in the live zoom information session. The YCC’s role is to support the municipality.

“For those who don’t have the internal capacity to maintain a website, ongoing links or surveys and things like that, the YCC will be running monthly webinars that youth can go back to re-watch or visit on their website for member municipalities,” she said. Santarossa said that would take that part of the work off the hands of council and allow conversation around what topics or points of interest to look at next. She also said the YCC would send out a full communications package to be promoted on the County’s social media and website to let youth know about these opportunities. 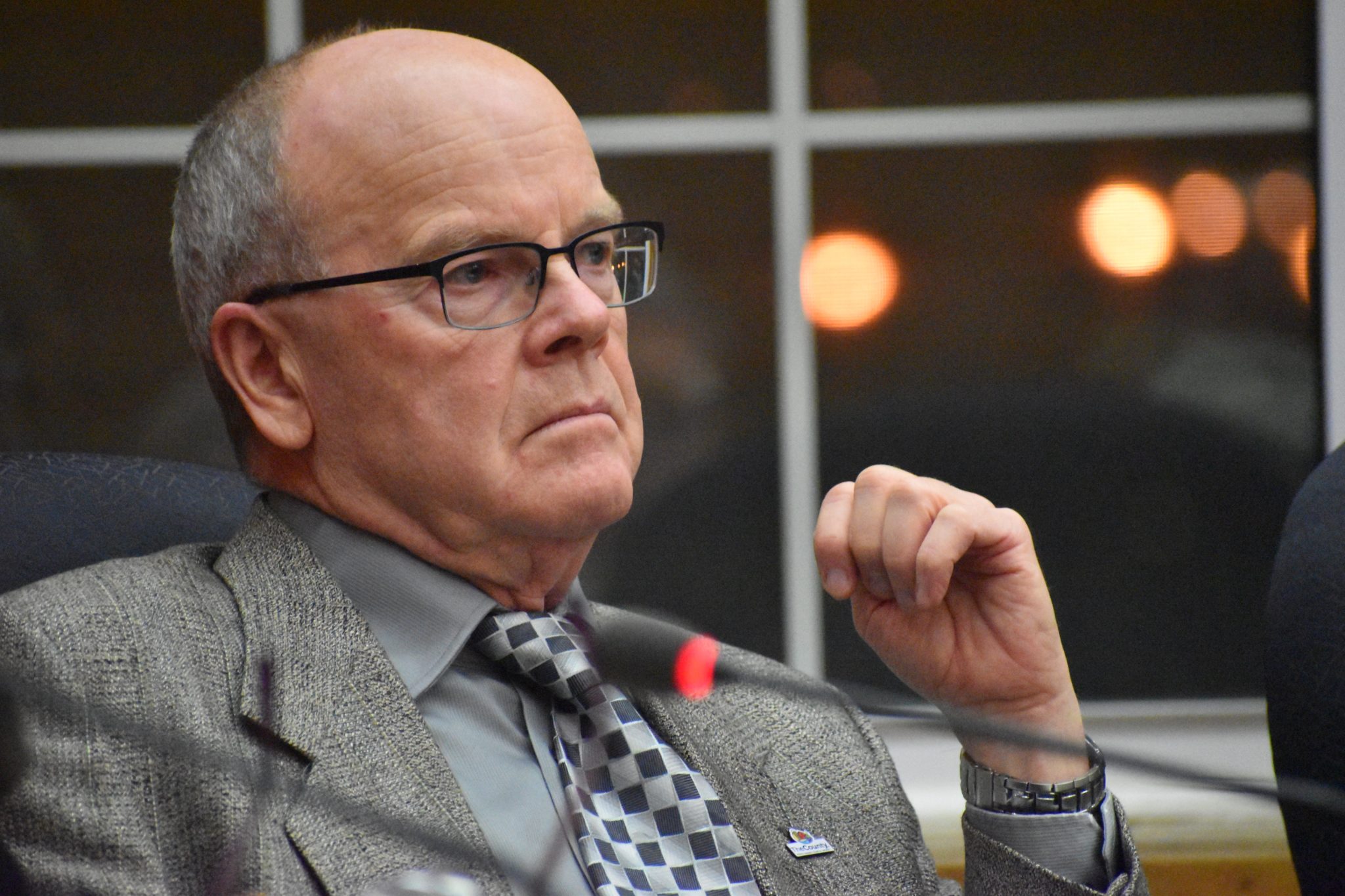 Councillor Stewart Bailey asked Santarossa to give a sense of what a typical week would look like and how to become involved.

“You can do anything from read my agenda with me – if you want to post the agenda and have somebody send in questions. If you assume it takes an hour to go through the agenda, give youth an hour for going through and sending in questions to initiate a conversation afterwards. Any time that you can kind of budget for yourself, we want to make sure that there’s equal input and reward for those youth that are taking the time to do exactly what you’re getting paid to do as elected officials,” she explained.

Councillor Bill MacMahon said growing up in Toronto, he didn’t really have a sense of what municipal government was until he relocated to PEC in his sixties and became involved with County council. He asked what Santarossa got out of civic engagement that made her want to share these tools with others.

After volunteering for her local summer festival, she said a friend suggested she attend one of the municipality’s committee meetings in 2008, and she never looked back.

“Some of my best friends ended up joining that committee, and when you’re surrounded with likeminded people who have that same energy, we were really given responsibility. We weren’t looked at as young teenagers,” she said. “I came into municipal government being quite young and still having a decade of giving back to my community under my belt, and I think that says something.”

Mayor Steve Ferguson shared that last year, several students attended meetings and got a chance to see how council runs.

“It was an invigorating experience for all members of council to see first-hand the enthusiasm the kids had for the subject matter on the agenda as well as just their interest in the way we operate. I think this is a terrific initiative,” he said.

“That’s where you will find some budding individuals at a fairly young age that are interested in making change in governance. Because of the success we’ve had in our local government week, I’m hoping that it’s not just about getting your mandatory credit for volunteer hours, but that we could find a way of incorporating younger children or students as well because those grade five and six students were pretty engaged and had some good ideas,” she said.

Councillor Bailey suggested hiring someone in a similar role to Santarossa who can join in the initiative with a young perspective, move up and become someone working in local government.

Councillor Bill Roberts asked Santarossa if there is an diversity component to the project.

“Because we are founded as the YCC of Canada, of course our goal and our mission is not to keep this to Ontario,” she said. “What we are looking to do for all those member municipalities who sign up with us, is we capture information like points of interest or topics of interest.”

Santarossa said the YCC is working toward a youth guide on community action in the next two weeks and bringing in experts to speak on intersectionality whether it be racism in municipalities or Indigenous concerns.

The motion for Prince Edward County to join the YCC passed unanimously as a means to increase opportunities for local youth to participate and engage in municipal government.

Councillor Kate MacNaughton said she is excited to see local youth organizations in the community, such as PECI, the ROC and the school board at large, collaborate on this initiative. She asked Catalina Blumenberg, County Clerk, to shed some light on what council can do to begin.

“There’s many ways that this can be rolled out. Some of the ideas that Kelsey suggested are fantastic. Right now, we have commitment from Centennial and PECI to support in helping staff,” Blumenberg said.

Councillors could decide to bring on a youth in their respective ward, a youth who self-identifies as a minority – any youth really that would be matched with councillors based on interest, she said. Participation looks like a number of things, as Santarossa touched on, like emailing questions or learning lessons, dissecting the agenda together or asking youth to research an upcoming agenda topic.

“You can make this your own and see where it takes you. This is really fantastic. You could have one or several students – you could have a student who wishes to complete all 40 hours or a few,” she said.

Blumenberg said if approved, municipality staff would reach out to the ROC for engagement and communications plan would be shared with the ROC or any other appropriate organizations to spread the word.