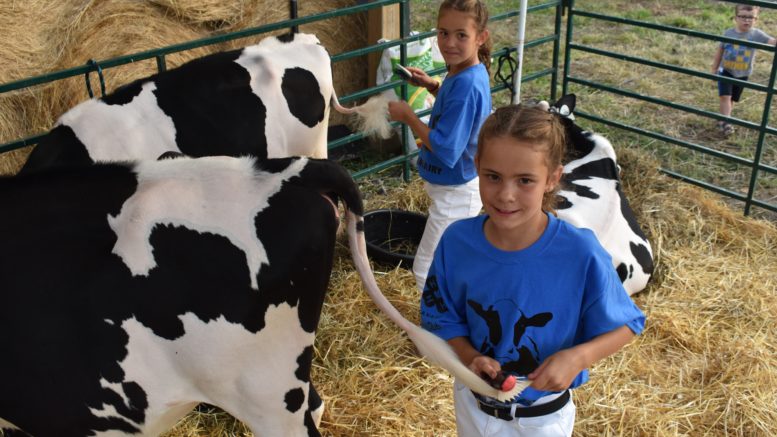 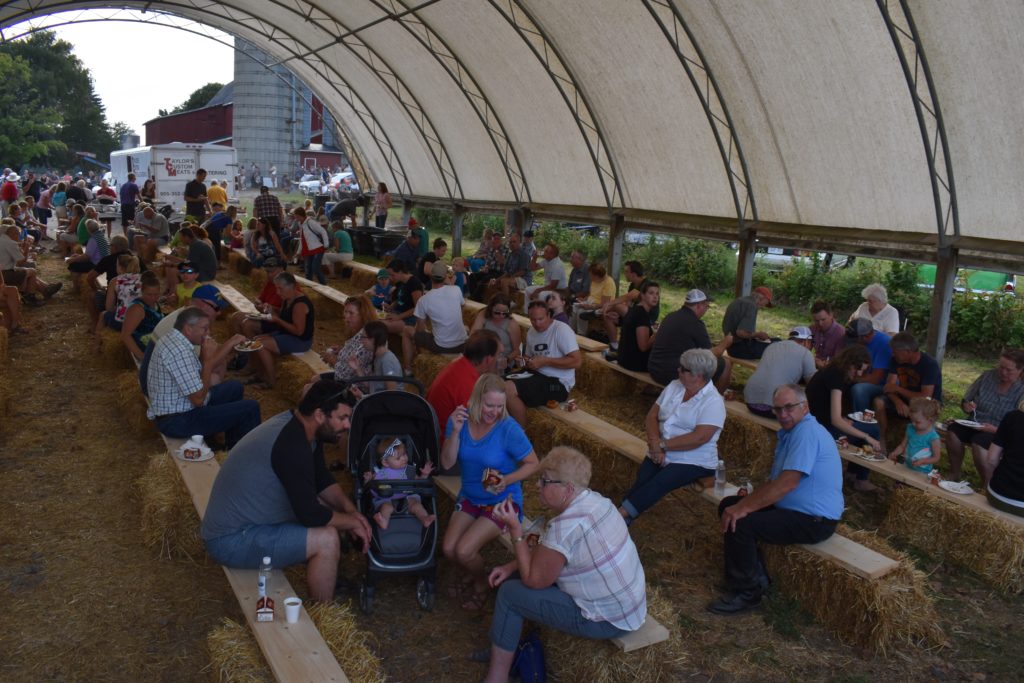 Formerly known as the Twilight Meeting, the Farm Family Fun Night offers both the agriculture community and those that might be generation or two removed for farm life to gather at a local dairy farm and view modern practices and while experiencing that unmistakable down home country spirit.

Holstein Club President Justin Williams was enthused by both the turnout and the setting of this years event.

“It’s a social event that allows agriculture and non-agriculturale people to get together and talk about what farmers do, how they do it and why they might do things in a certain way,” Williams explained.

After some time of dormancy, Kane and Courtney Rutgers have re-ramped up milk production at Everdean Farms with a nice heard of Jersey cows and, while the trend has seen more and more smaller barns and dairy herds become extinct in Prince Edward County, the emergence of a smaller herd and young people entering the dairying business is a welcome sight to anyone involved in local agriculture.

“The Rutgers family did an outstanding job hosting the Farm Family Fun night this year,” Williams told the Gazette. “The club is really happy with Kane and Courtney’s efforts. Preparing for an event like this takes a lot of time and dedication and takes farmers and their families away from other needs of the farm so we appreciate everything the Rutgers did to make 2018 so successful and memorable.” 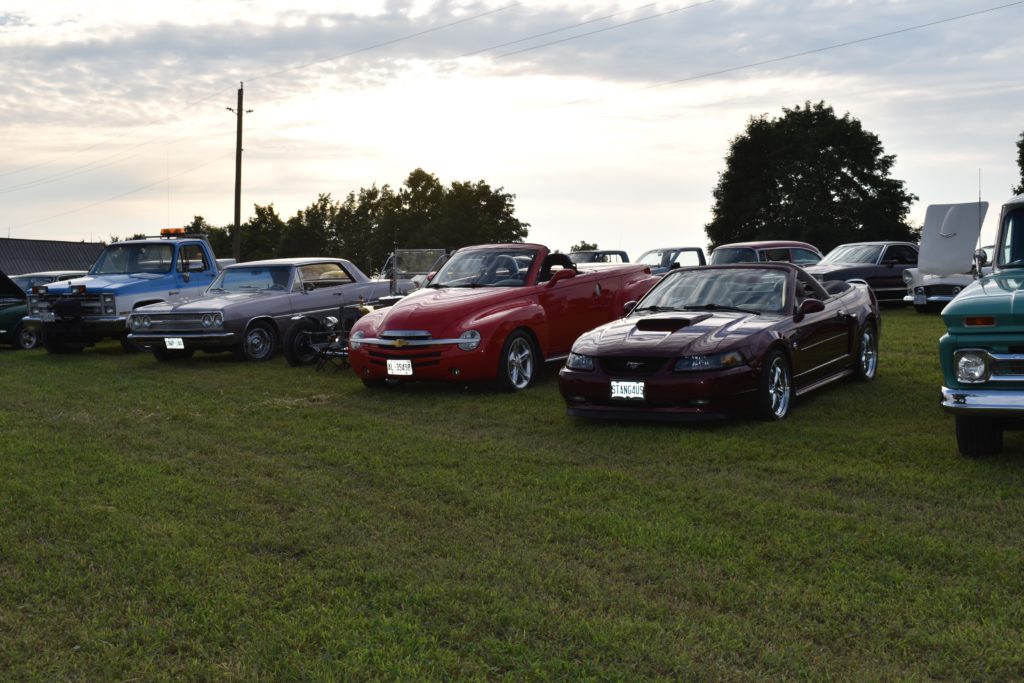 While the successful formula of hosting a loonie raffle to support 4H and a 4 H calf show along with a superb meal catered by Taylor Custom Meats of Roseneath wasn’t tinkered with this year, a new wrinkle involved the incorporation of the weekly Picton Cruise Night at the farm.

Displaced from their regular location at the Crystal Palace due to the annual craft show, organizers of both the Cruise night and the Farm Family Fun Night got together and joined forces.

“What really stood out for us was the and made this year special was the addition of the Picton Cruise Night folks and their classic cars,” Williams said. “I think they all had a really good time, they mingled with the agriculture people, they toured the farm and most of them took part in our loonie raffle. We were really happy to see so many of them come out and be a part of our event.” 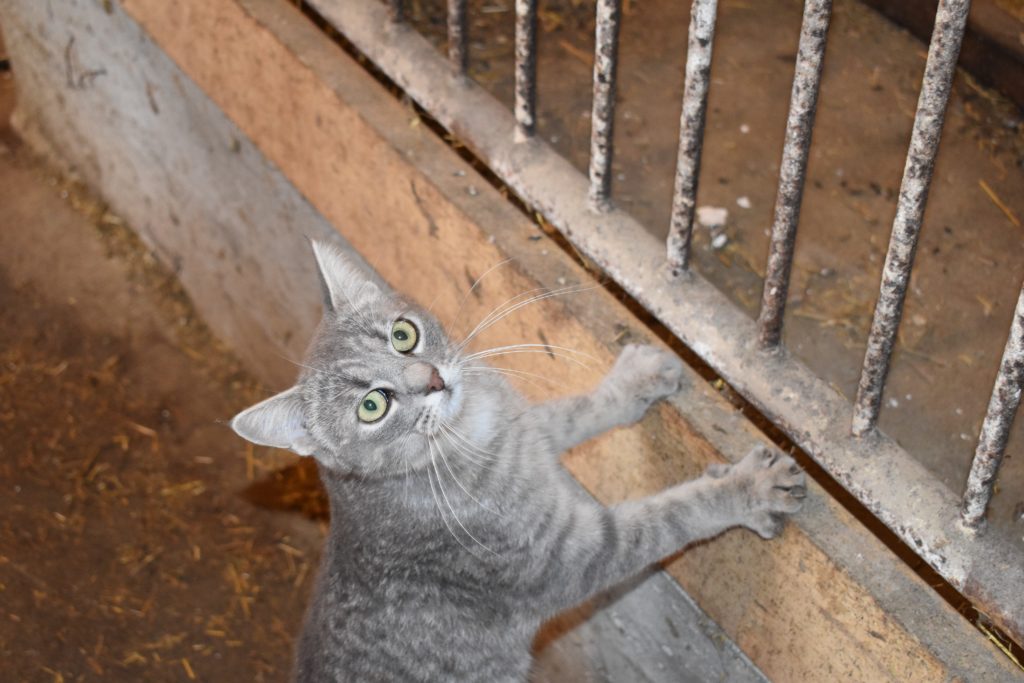 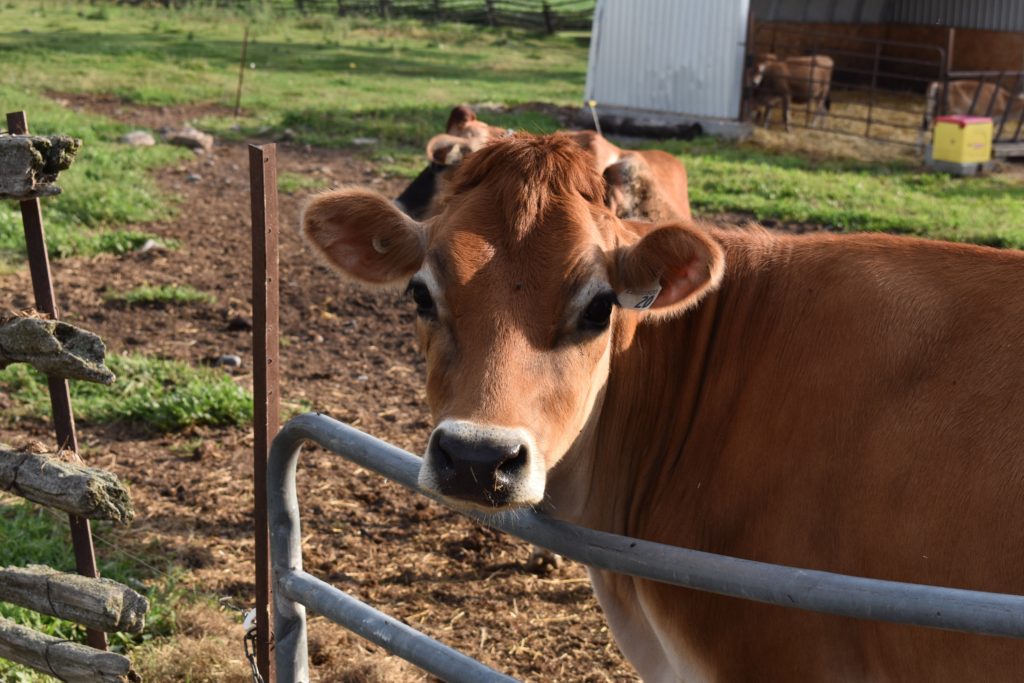 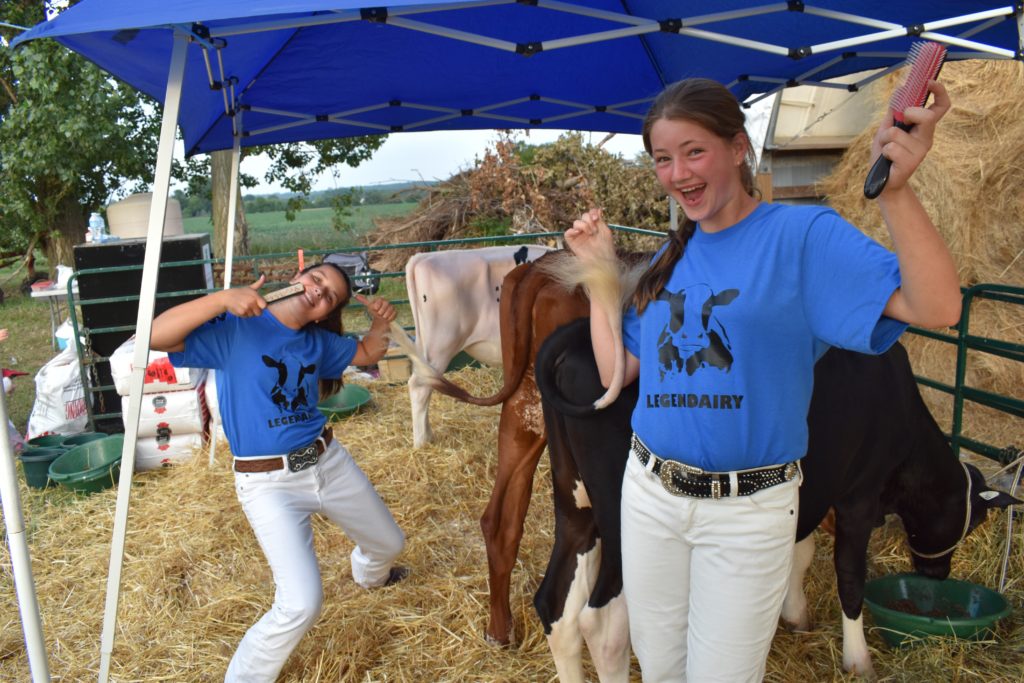 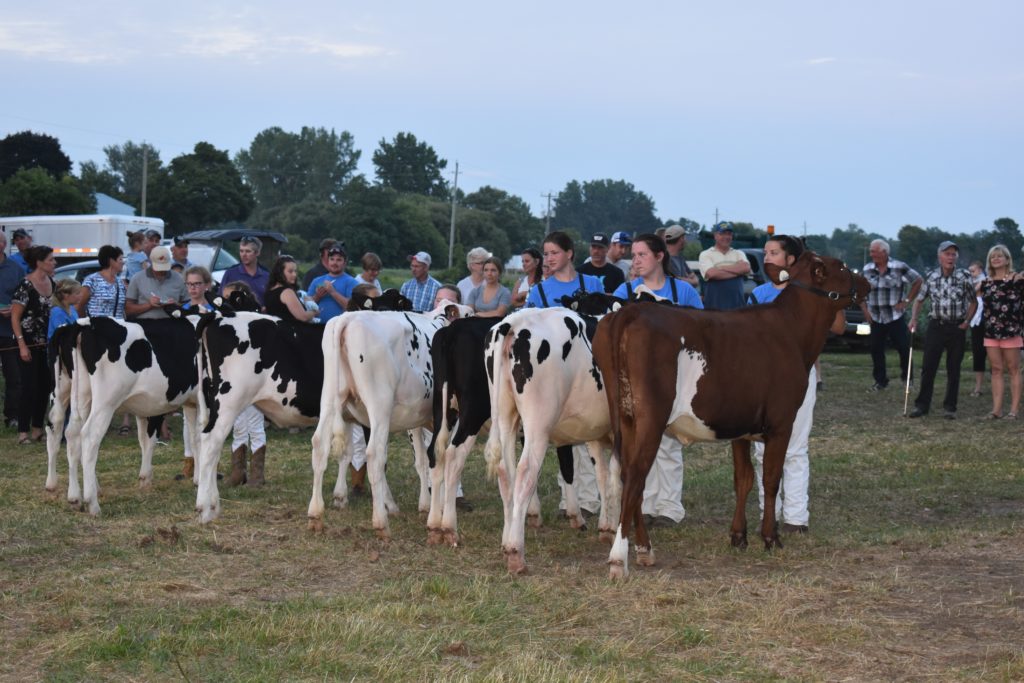