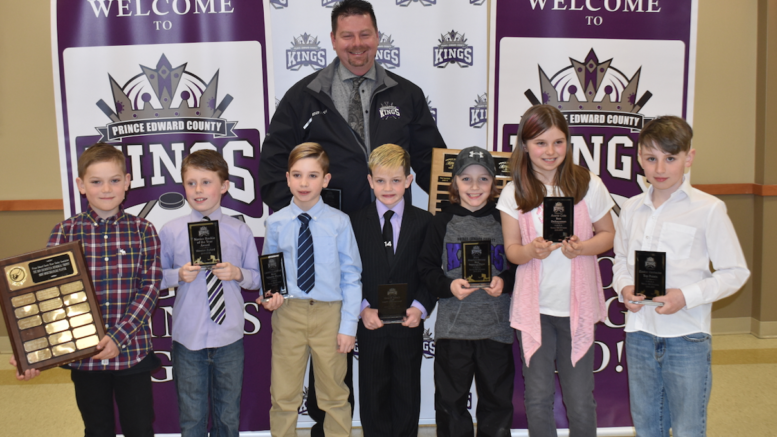 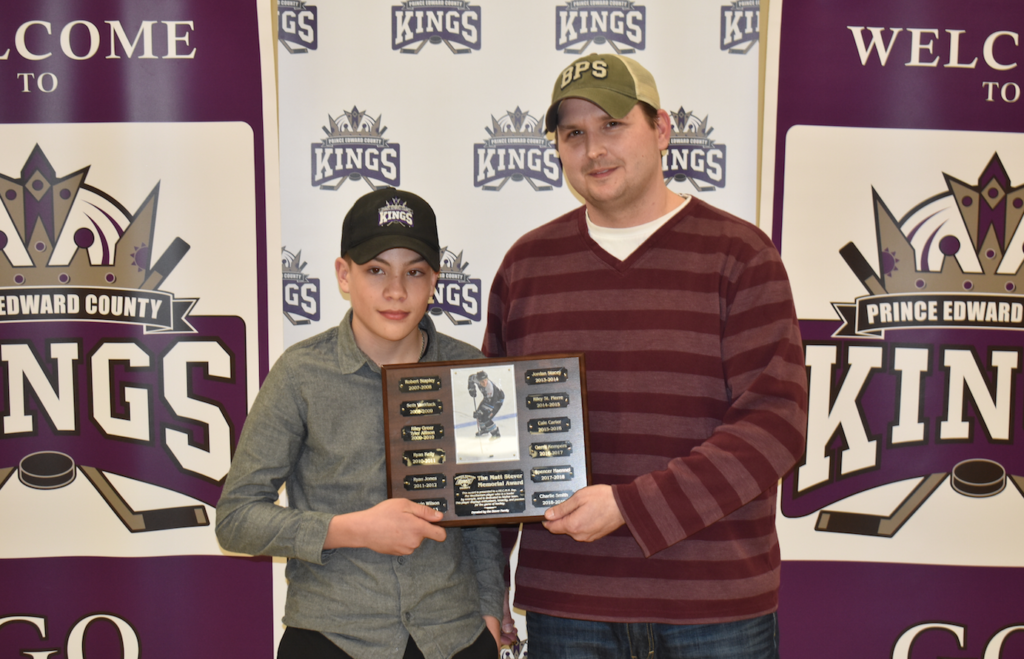 Rep hockey players ranging from Novice to Midget gathered as PECMHA handed out hardware to the standouts who starred for the Kings this past season.

President of PECMHA Steve Payne congratulated the players for representing Prince Edward County in such fine fashion and said success in sport can’t always be measured in wins and losses, championships or banners.

“It needs to be measured period by period, shift by shift and skill by skill. Success can even be found in the friendships created between teammates before and after games, Payne said. “Lifelong connections and memories. This season provided many ups and downs for our teams but if you look at it, the season was filled with so many successes.”

The Terpstra Equipment Atom BB Kings had an early season tournament win in Brighton, while the County Farm Centre Novices played for the finals at both the Campbellford Tournament the Warrior Tournament in St Catherine’s.

The Lehigh Cement Bantam BB Kings had a late season championship in Kingston coming out of the Kids for Kids tournament while the Ainsworth Funeral Home Midget BB Kings represented the organization well at a tournament in Montreal. 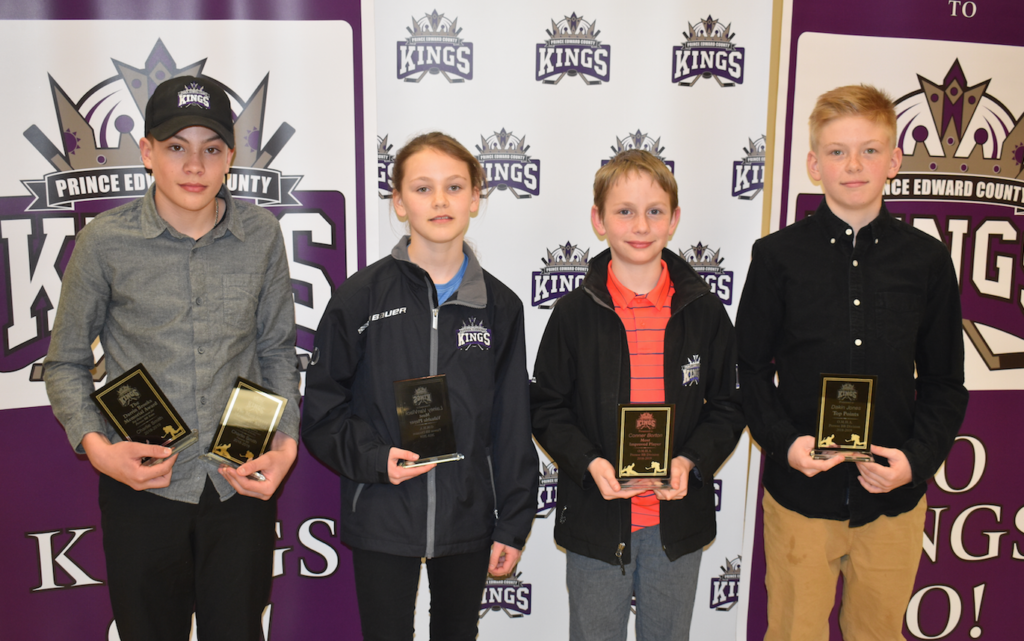 “I’ve saved you for last for a reason. When I say parents, I mean parents, guardians, aunts, uncles, brothers, sisters, neighbors, friends anyone responsible for bringing these King players to the rink for practices or games. Representative hockey is a huge commitment and one that probably will go unacknowledged by your kids for another 20 years. Most kids won’t understand or appreciate what you’re doing until they are running the roads with their own children and then hopefully a light bulb will go off and they then realize how much effort and dedication it takes. I know my thanks doesn’t carry the same weight as theirs will, but I want you to know we appreciate you,” Payne said. 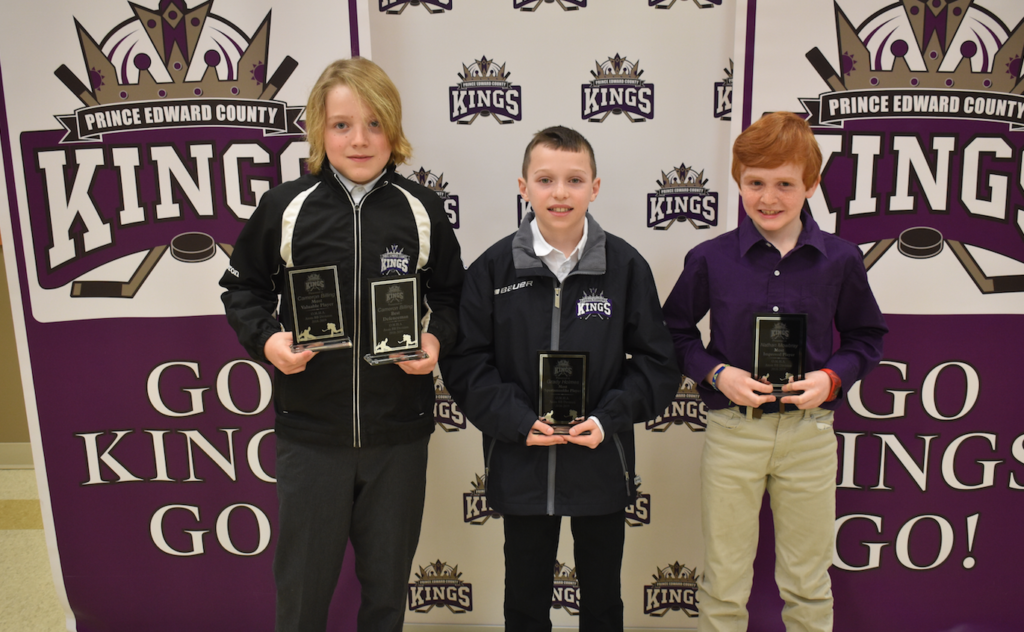 Among the major award winners Tuesday, Bantam Kings blueliner Charlie Smith took home both the Darrin Brooks Memorial Award for top Pee Wee Defenceman as well as the Matt Stever ‘Rudy’ Memorial Award which goes to the Pee Wee or Bantam player that best leads by example, is dedicated to his team and best shows enthusiasm, tenacity and passion for the game much like the late former Picton Pirate did.

Another multiple award winner on Tuesday was Bantam Kings goalie Nolan Lane who took home the Tyler McConnell Memorial Award as team MVP as well as the Bruce Dolson Memorial Award for lowest Goals Against Average (1.59) amongst all County Kings goalkeepers. 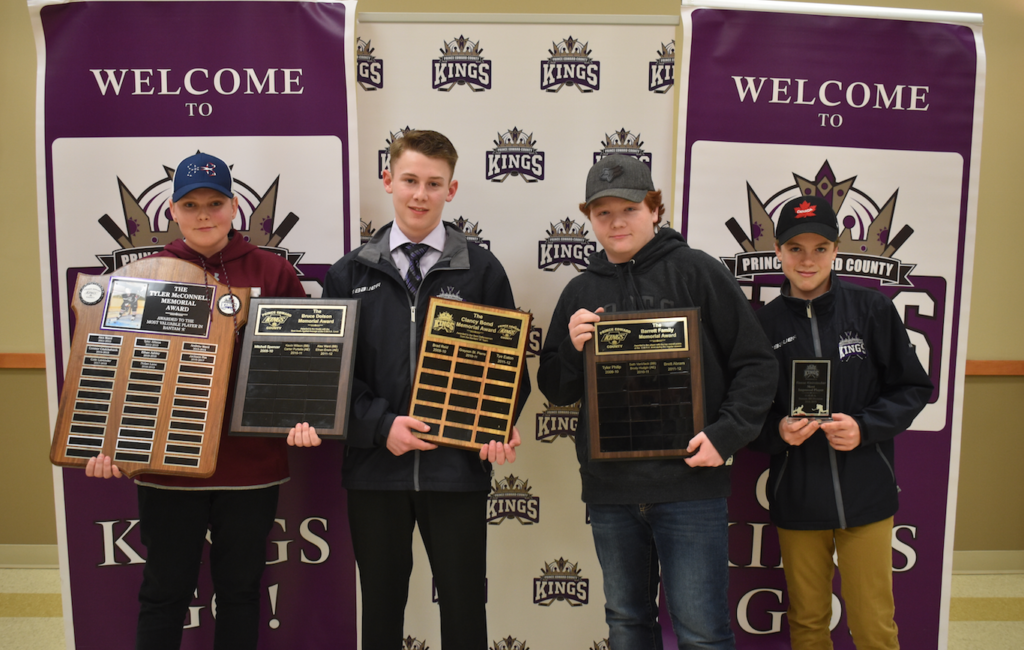 •Tom Verner Memorial Award for most goals by Kings player in the organization: Alex Lavender (32 goals). 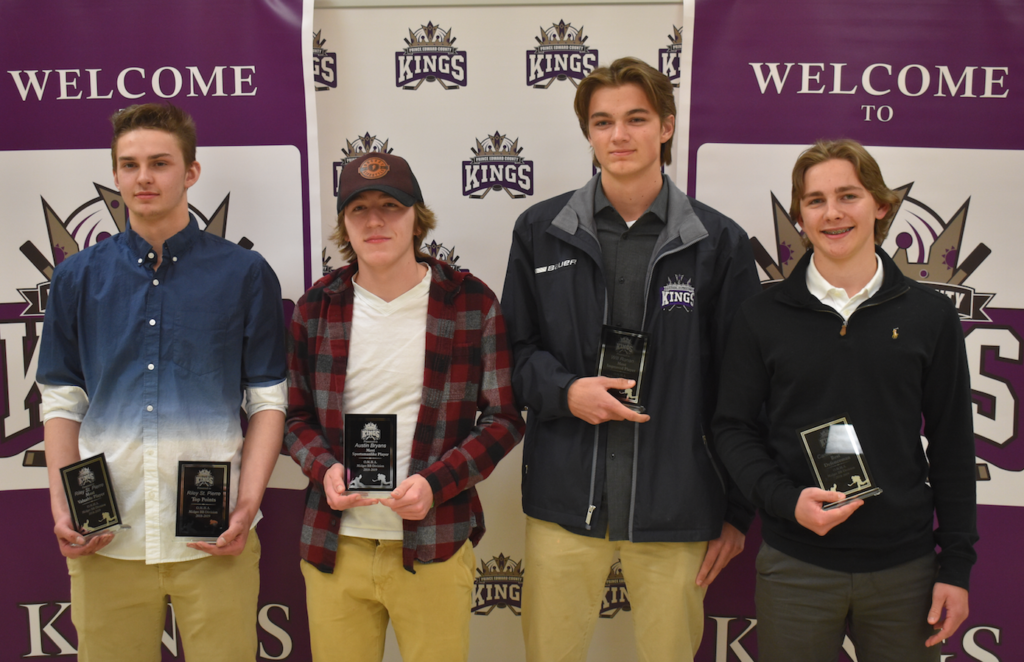 •The Gord Stone Memorial Award for team making it the furthest in the OMHA Playoffs: Lehigh Cement Bantam BB Kings