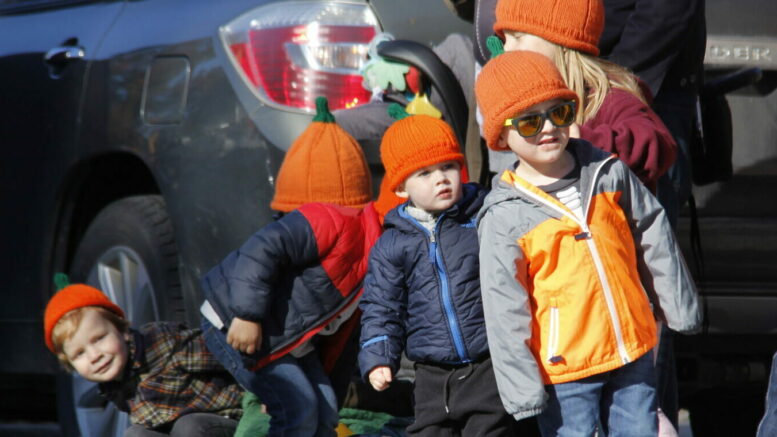 PUMPKIN HEADS A group of children with festive green stemmed hats watch the Wellington Pumpkinfest parade as it travels down Main St. Saturday . The festival had upwards of 1,500 people attend with some in the crowd visiting from as far as Nevada. (Desirée Decoste/Gazette Staff)

The sun was shinning, people were smiling and the pumpkins were enormous at the 23rd annual Prince Edward County Pumpkinfest in Wellington this past weekend.

This huge event which was planned by the Pumpkinfest committee brought an estimated 1,500 people to the village on Saturday. 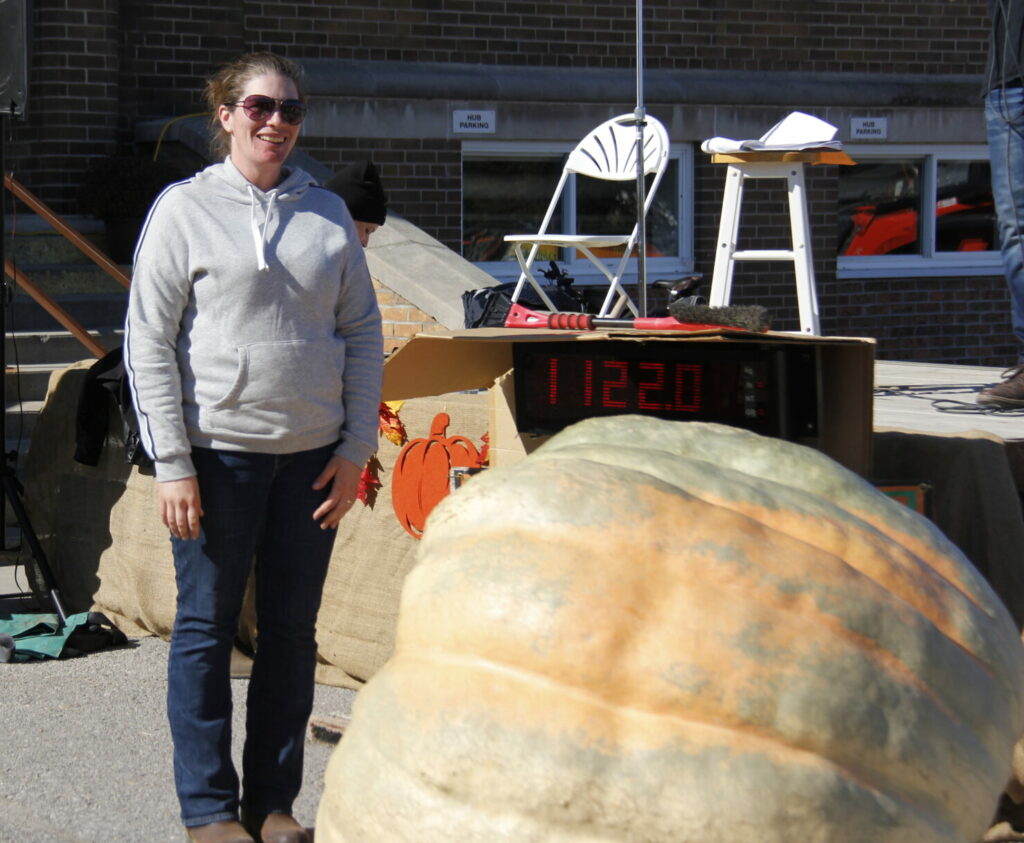 “It was a great morning out, my fiancé Tyler and I watched cloggers in the park and walked around the craft sale,” expressed Tania Demattos, festival attendee. “We got to pet some big fluffy bunnies and sheep and bought some yummy baked goods. Checking out the giant pumpkins was pretty cool too, I never knew pumpkins could grow that big in such a short amount of time!”

According to Bob Greer, Pumpkinfest has taken on a life of its own as it’s not only about pumpkins, it’s about people coming to the community and being at the fest with their families.

“It’s really nice to see so many people here with their families and young children just enjoying all the great benefits of being Canadian,” said Greer. “None of this could happen without the volunteers we have, some of the major ones are the Rec committee and The Rotary Club who does a huge service for this event.”

The first ever Pumpkinfest was in 1997 and was started by the late well-known longtime councillor/Reeve, the late Bill Greer who, a year before grew the first ever pumpkin in the world to weigh more than 1,000lbs.

Greer has carried on his father’s legacy since his passing in 2003.

“Some of us have been around a long time and we know the exact level of effort and the years bob has put into this,” expressed Wellington Councillor Mike Harper. “It started with his father Bill and they’ve been doing this for 23 years. It’s an amazing event and reflects a great tradition in Wellington and the County.”

This year was a bit tough for the giant growers as the season was so wet early on and turned hot and dry in the later season. These adverse conditions affected pumpkin entries significantly.

“We always thought we were at a disadvantage because of our climate,” stated John Vincent, festival co-organizer. “And obviously it’s not that much different then Clarence centre so there is no reason we shouldn’t be growing 2,000lb pumpkins down here, but so far we haven’t had one in Ontario but weights are coming up all the time.”

First place heaviest pumpkin was from Don Clement of Napanee with a whopper of a gourd weighing in at 1,674lbs and taking home the $1,000 prize.

Coming in at a close second with only 52.5lbs difference, Todd Kline of Shawville Quebec weighed in his giant at 1,621.5lbs. Norm Kyle of Ennismore placed third with a weight of 1,420lbs.

Although pumpkins didn’t break any records, Greg Montgomery from Port Carling brought a giant tomato weighing in at 6.03lbs and ended up being the heaviest on record in Canada this year. Second place was taken by Kline at 4.38lbs.

“We did have a grower with a pumpkin over 2,000lb and he planned to bring it to Wellington but he lost it two weeks before the festival,” said Vincent. “We did get an unofficial weight and we were disappointed of course as we would have liked to have the pumpkin here.” 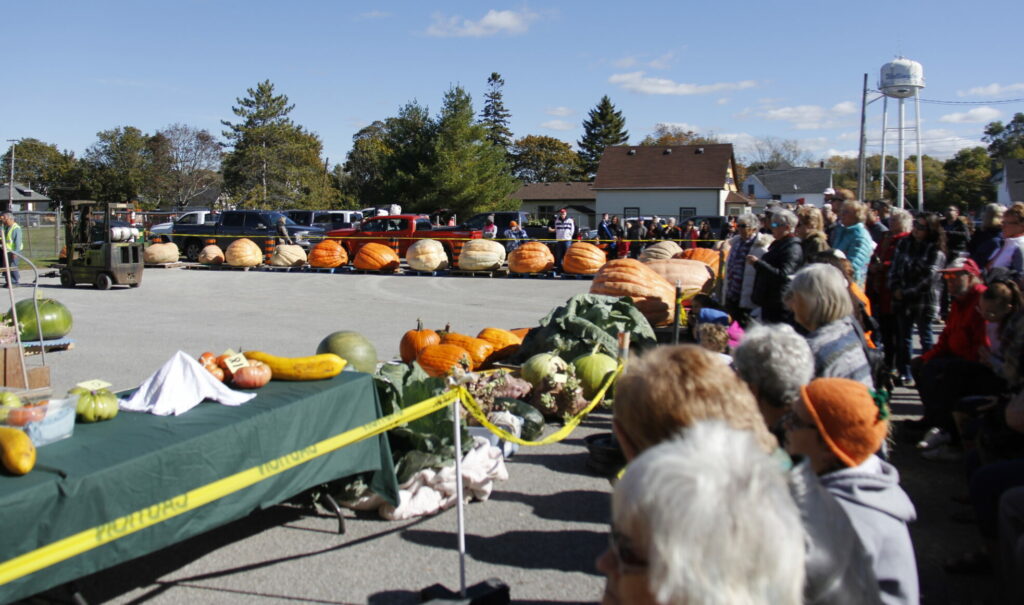 WAITING TO BE WEIGHED A crowd started to gather by CML Snider school as the weigh-off of the giant vegetables was about to begin. (Desirée Decoste/Gazette Staff)

Mayor Steve Ferguson added how Wellington is the reason he fell in love with the county on his first visit back in the late 80’s.

“It was such a unique and wonderful community back then and over the years it has changed of course, but the community spirit that existed then still exists now.”

For all global and local weigh-off results please visit bigpumpkins.com