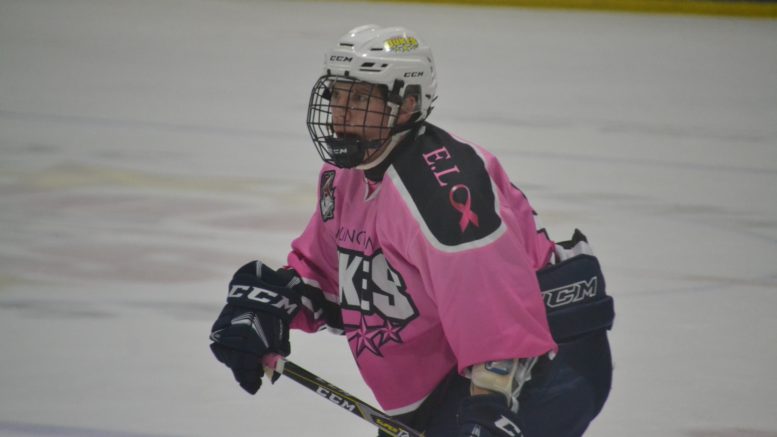 Earlier this month, the Wellington Dukes looked east when trying to bolster their defensive corps.

On Thursday, they looked west.

In a deal with the Brooks Bandits of the Alberta Junior Hockey League, the Wellington Dukes announced late last week they added the services of rearguard Geoff Lawson.

The deal comes on the heals of the club picking up Mark Kennedy from the Weeks Pictou County Crushers a week earlier.

Lawson, 20, is a Metcalfe, Ont. that, prior to this season, had played in the Central Canadian Hockey League for the Ottawa Jr. Senators and was tabbed to suit up for Team Canada East at the 2015 World Junior A Challenge.

“He’s got a ton of Junior A experience (over 220 games when factoring in regular season and playoffs) and is an elite, shutdown defenceman at this level,” Wellington  general manager Ryan Woodward said. “He plays the game the right way and he plays the game hard.”

While no one will mistake Lawson for a points producing offensive catalyst with just 11 Junior A goals to his credit over the past five and half seasons, the 6′. 200 lbs left shooting defender does make a nice first pass and won’t be pushed around in his own end.

The Robert Morris University commit was available and Woodward wasted little time in working out a deal for future considerations with his counterpart in Brooks.

“There’s some excitement that comes with adding a player like Geoff to our team and bringing him in to our dressing room,” Woodward said. “He’s an extremely competitive individual and a great mentor to our young defencemen.”