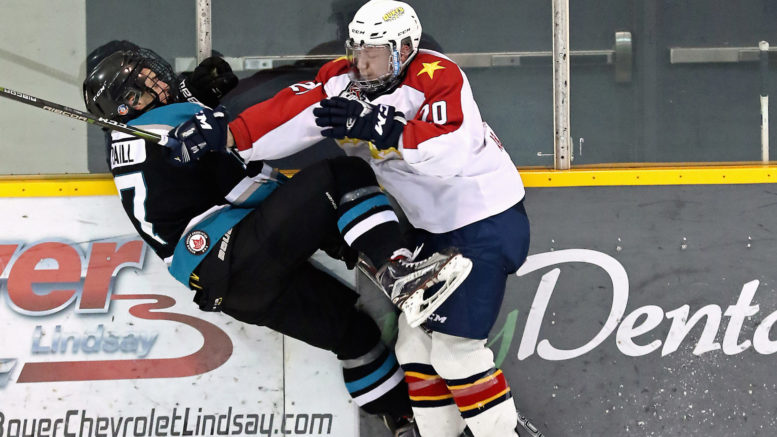 The Wellington Dukes have dealt some of their depth to acquire a blue-chip blue liner.
The local Junior A hockey club announced last week it had picked up Mason Snell from the Whitby Fury in exchange for defencemen Mark Kennedy and Nick Durajlija and veteran forward Rory Milne.

Snell, 17, comes to Wellington with an NCAA commitment to Penn State in 2019 and is on the NHL draft watch list for the upcoming cattle call.

Wellington general manager and associate coach Ryan Woodward said the deal took some time to develop and admitted it was somewhat of a shakeup to the club’s lineup however he couldn’t pass up a player of Snell’s calibre.

“Mason Snell makes us that much stronger. He’s a player that can come in, work on the power play, play effectively in all situations and he’s another piece of the puzzle of what we are trying to build here in Wellington,” Woodward said.

As a 16-year old rookie in the OJHL last season, Snell potted 16 points in 45 games and added three points in seven playoff contests against Wellington.

Snell would be well accustomed to the systems and power-play schemes favoured by Dukes bench boss Scott McCrory who coached the Fury last season.
As for the departing players, Woodward said they will all get an opportunity for more regular ice time in Whitby.

Snell has some impressive blood lines as his father Chris was a standout defencemen with the OHL’s Ottawa 67’s in the late 1980s and early 1990s and played in the NHL for the Toronto Maple Leafs and Los Angeles Kings.

Chris Snell is currently working as scout for the Winnipeg Jets.

To give the deal an extra wrinkle, the Dukes and Fury will hook up at Essroc Arena on Friday evening.