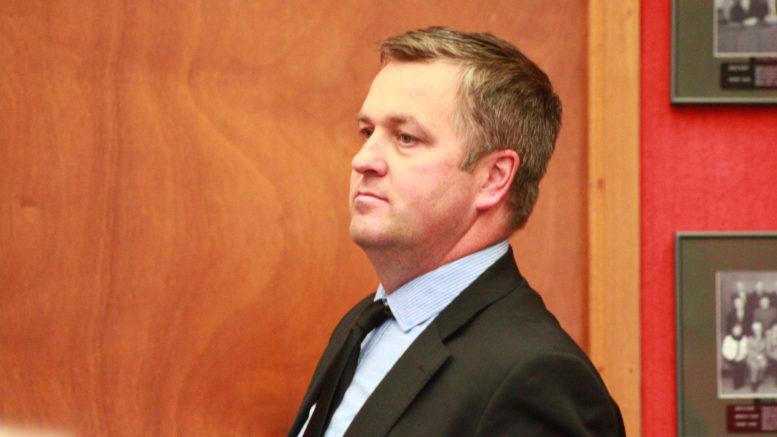 The newest addition to the local sports landscape hopes to gain region-wide support.

Belleville Senators chief operating officer Rob Mullowney visited Shire Hall last week to introduce himself and the American Hockey League franchise to Prince Edward County. While the team is based in The Friendly City, he said it will take an active role in communities across the region.

“We will call Belleville our home, but what we’re proud to say is Belleville is our home in name only,” Mullowney said. “We believe the Bay of Quinte is actually our home.”

He said the club has been fortunate out of the gate, noting that season ticket holders and the broader fanbase come from across the region.

“To be quite honest with you, if we are only a Belleville team, it will not work,” he said.

He said last week’s introduction to the county is the club’s first appearance here, but won’t be the last. He expects players to make appearances in local schools and in the community.

It appears that integration could also benefit local businesses.

“A small example, we’re in discussions with the Prince Edward County Winegrowers Association right now to bring your products into our building,” Mullowney said.

The county has already received some exposure through the Senators. The club announced their brand with a video that featured a lot of imagery from Prince Edward County. Mullowney said that video has been watched by more than a million people from across Canada.

“We really believe that we are a brand that represents your region and we’re very proud to call it our home,” he said.

Last year, American Hockey League clubs collectively put $15 million back into their communities. Mullowney said he expects the Senators to have a positive impact on the region, generating dollars through 50/50 draws and other initiatives that will go toward worthy causes. The team will be launching a foundation and will be developing ways of impacting the region with programming and financial investment, he said.

There are plenty of ways for local residents, businesses, and organizations to get involved with the team, Mullowney said. Those include naming rights, community programming, advertising, small business packages, and season tickets.

Mullowney outlined the club’s guiding principles, saying the Senators will strive to inspire the community, be relentless in pursuit of operational excellence, and enhance the development of future Ottawa Senators.

“Every day we want to get better, make no mistake about it,” he said. “We have to play our role with the Ottawa Senators — they are our parent club, the role of an American Hockey League team is to develop players for that team, we have to do that.”

He said the club also seeks to become the team of choice in the market they serve.

“I have no doubt many in this room are fans of the Toronto Maple Leafs, the Montreal Canadiens, the Boston Bruins, lots of teams — that’s okay, all of those [AHL affiliate] teams are going to come to our building this year to play,” he said. “What we want you to become is a fan and a supporter of the Belleville Senators and that is something we think we’re well on our way to accomplishing.”