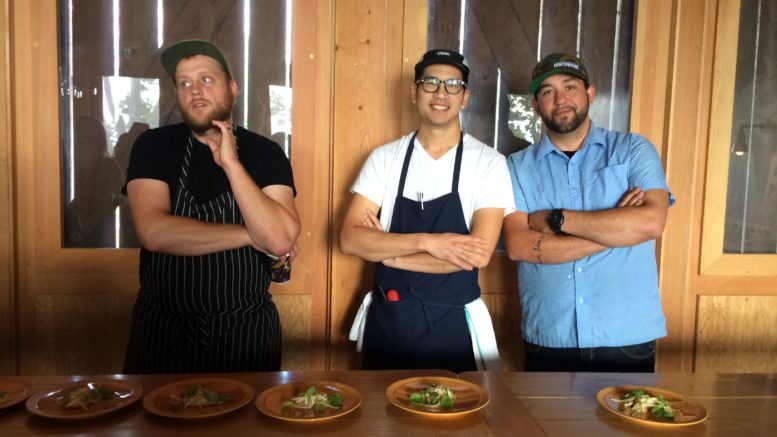 Food to Share benefits during first week of fixed-price promotion

The flavour of fall returns with a focus on local.

The county’s twice-annual celebration of local food, Countylicious, returns Nov. 3–26. Each restaurant will offer a three-course meal for a price of $40 and, with 14 participating restaurants, diners will have more options than ever.

This fall’s Countylicious will feature a renewed focus on local — both in terms of ingredients and in terms of community support. Countylicious restaurants supported a mission statement for the promotion which promises diners a truly local experience. It will be local chefs crafting menus inspired by local ingredients. It means celebrating the seasons by working with local farmers, fishers, winemakers, beekeepers, bakers, picklers, and producers.

The chefs are promising a chance to experiencing farm-to-table dining that isn’t about a movement, but a way of life. In an effort to showcase those connections, a list of local growers and producers these restaurants work with regularly has been added to the event web site at www.countylicious.com.

Public School House at Jackson’s Falls owner Lee Arden Lewis says in a news release from the municipality the local connections are vital.

“The relationship between chefs and local farmers, producers, winemakers, brewers, cheesemakers and more is so important,” she says.
She says Countylicious is a real celebration of local food.

“Year-round, locally-made products are readily available and nothing makes me prouder and happier than when I see locally-grown and locally-produced items on the plates and in the glasses of our dinner guests,” she says.
The event will also extend the local theme community wide by supporting local food security initiative Food to Share. For each

Countylicious plate sold during the first week of the promotion, $1 will be donated to Food to Share (up to a total of $500). Food to Share distributes produce and prepared food through local food banks and other organizations.

Food to Share was the brainchild of Glen Wallis, who started the program after winning a grant from The Awesome Foundation in 2015.

“In our bountiful County everyone should have enough to eat,” Wallis says in the release. “Using locally grown produce donated by County farmers, Food to Share cooks up fresh and nutritious meals for people in need.”

Wallis says Food to Share appreciates the support and is thrilled to be working with Countylicious.

Over the four-week promotion, weeknight diners (Sunday–Thursday) will be randomly selected at each of the participating restaurants.

These diners will be treated to their Countylicious dinner for two on the house. Those interested are encouraged to make their weeknight dinner reservations for a chance to win.