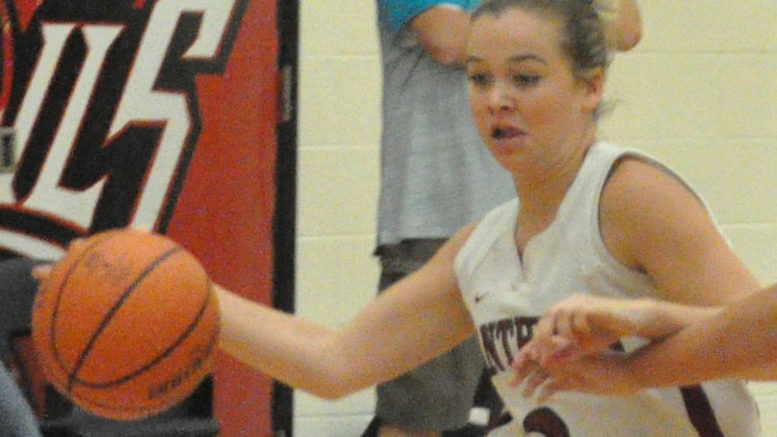 Win over tough foes from St. Theresa has PECI upbeat for playoffs

The PECI Senior Basketball Panthers went through the regular season unbeaten for the second year in a row after stepping forward to beat the rival St. Theresa Titans 53-47 last Wednesday.

Off the opening tip, the Panthers were hungry to set the tone after losing to the Titans in tournament play the previous weekend. They started with a 9-0 run and kept building until late.

“I saw a different type of fire in this team that I haven’t seen. We saw it last season a lot with the senior team. They were on a mission,” said coach Rob Garden.

The Panthers felt some nerves when they hit the court in a packed gym at home, but they quickly executed a game plan built on strong man-to-man defence and scoring in transition.

“We got out, we ran, and we shot the ball. That set us up for success the rest of the game,” Garden said.
Although the coach said he felt St. Theresa might have been more talented on paper, the Panthers did a few things on defence to help stem the tide. Hannah Smith played a tough, physical toll on the Titans’ point guard, forcing her to make plays she wouldn’t make. Vanessa Willis managed to keep sharp shooter Hannah Farrell off the scoreboard entirely through the first half.

“When you remove a team from their comfort zone, it makes it difficult,” Garden said.

Offensively, the Panthers got a big effort from Grade 11 point guard Mikayla Leavitt. While St. Theresa might have planned their game around limiting Willis’ points or defending the Lydia Snider and Abby Margetson one-two punch in the post, they didn’t count on Leavitt grabbing a game-high 17 points. Some 11 of those points came during the first half.

“When you get that kind of production out of a first-year senior, it lifted us,” Garden said. “She wasn’t afraid, which is a compliment I give her all the time. She’s a gamer. She just plays and doesn’t back down.”

Leavitt said she was moved by the large crowd at PECI cheering the team on and her teammates vocal encouragement. She noted there was a lot of emotion on the court.

“We were very determined to beat St. Theresa,” she said. “Our team came out very strong. We let off a little bit but we kept giving it to them all game.”

While Leavitt was soaking up the euphoria of her first regular season win against St. Theresa, Snider had the experience of being on that winning team last year. She said the Panthers knew they had another gear that they hadn’t reached in the previous match-up with the Titans.

“We just wanted to prove to ourselves that we were a good team that could work together to conquer one of the toughest team. We all realized how much winning meant to us,” Snider said.

She noted the Panthers had a good week of practice honing offensive and defensive plays that they would execute Wednesday. The hard work paid off.

The Panthers were up 19 points at one stage in the game, but they allowed the Titans to get back into the game late. Garden attributed the late-game shift to a lack of competitive games.

“We haven’t had to play the fourth quarter yet this year,” he said.

Snider added she felt the Panthers were a bit tired late, but they wouldn’t allow their resolve to break.

Heading toward playoffs, the coach credits the girls for that determination to continue their success. With Garden coaching the junior team too, the seniors are relied on to lead themselves at times.

“They practice 75 per cent of the time on their own,” he said. “I can take little or no credit for the success they’re having. Look at (Thursday) night. Their game got cancelled. The first thing they want to do is come to practice at 6 at night with a P.A. day tomorrow.”

Leavitt said she feels the team has come a long way working together.

Snider was also confident the Panthers are putting themselves in good stead for playoffs.

“I really like it. I feel that we all play together and we can all bring something to the team,” she said.

On Monday, the Panthers closed out the regular season with a 57-12 triumph over the Quinte Christian Eagles at home. Smith hit three times from beyond the arc in an 11-point effort. Leavitt and Chloe Macdonald had nine-point games. Jessie Swackhammer and Chloe Marshall had eight.

Finishing first for the second straight year with a 10-0 mark, the Panthers will have a bye through to a playoff semifinal at home. Garden said that will be beneficial to allow for extra practice time.

With the bye, the Panthers have also qualified for another trip to COSSA competition.