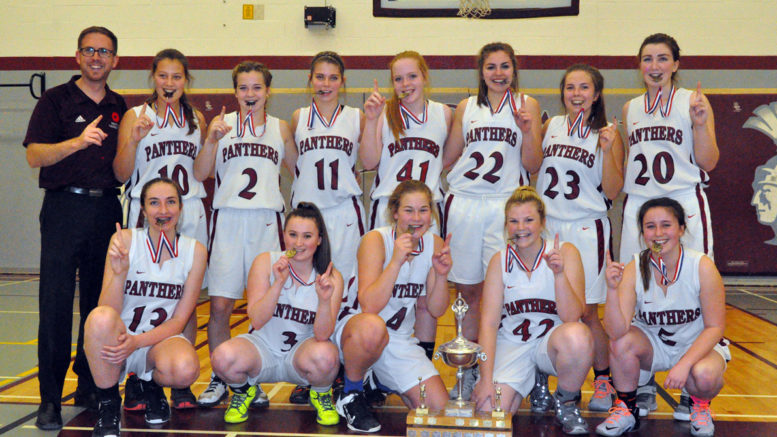 Friday was an historic evening for the PECI Panthers girls basketball program as both the junior and senior teams played in Bay of Quinte Conference finals in the same year.

The Senior Panthers captured back-to-back championships after going through the league with a perfect record for the second consecutive season.  They be 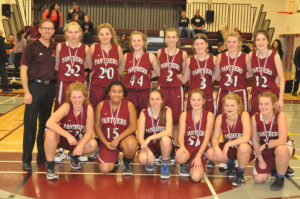 at the St. Theresa Titans 61-48 at Moira Secondary School.  Vanessa Willis scored 21 points in a game the Panthers controlled much of the way.

Nine Panthers hit the score sheet as they used their depth effectively to capture the crown. Lydia Snider and Mikalya Leavitt scored six each.

In junior action, the Panthers were in the league championship for the first time. They kept the game close until the third quarter when St. Theresa got some easy rebounds to pull ahead. The Titans outpaced the Panthers 38-28.  Myla de Boef led PECI scorers with 15 points. Madalynn Snider had nine and Hannah Goad four.

Both Panthers teams will head to the Kawartha region for AA COSSA competition Thursday.

For full stories of each game, please see Thursday’s print