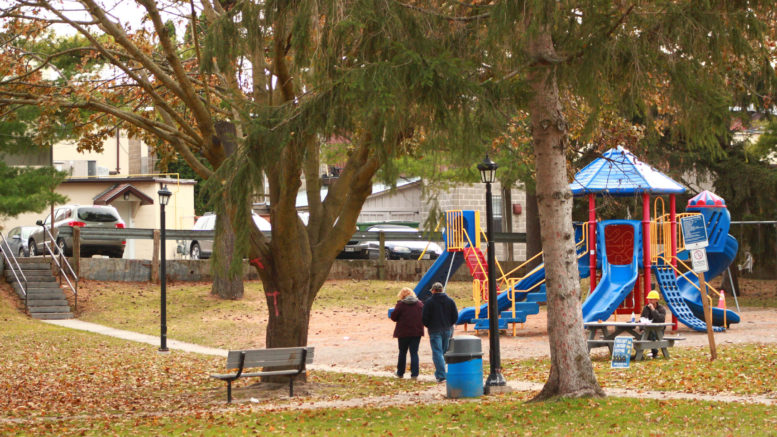 Confederation Walkway removed from plan in order to keep project within $400,000 budget

While there were concerns the project was being rushed due to a fall tendering process, council voted Tuesday to approve a $400,000-project to revitalize Benson Park.

Contracts in the amount of $237,934.25 plus HST for landscape works and $94,137.14 plus HST for public washrooms were awarded to the Scott Wentworth Landscape Group. An additional $36,200 was included for the construction of a multipurpose/basketball pad. With a 10-per-cent contingency factored in, the project will exceed its $400,000-budget. A total of $133,200 is to come from a Canada 150 grant, $50,000 from community fundraising and donations, and the remainder of the project cost will be withdrawn from the municipality’s capital sustainability reserve. An amount of $80,000 of the project budget was to come from community fundraising and donations, but those efforts fell $30,000 short.

The project involves the replacement of the existing staircase with the addition of a wheelchair ramp, pathways, lighting, furnishings, and signage, as well as a new public washroom.

The motion to award the contracts was approved in a recorded vote of 12–2 with councillors David Harrison and Roy Pennell voting in opposition.

Councillor Gord Fox spoke in support of the project.

Councillor Roy Pennell didn’t support the project, saying he felt it was incomplete and was being pushed through as a result of the late call for tenders.

“As a municipality, we have to start getting out act together — we’re representing the taxpayers’ money,” he said.

He said it was “ridiculous” the process started so late in the year. 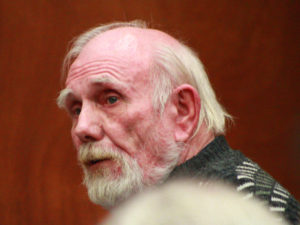 “By creating an obscured area behind the toilets, together with three toilet stalls, loitering, inappropriate photography, drug dealing and use, sexual activities, and possible predators are being pandered to,” he said.

“While it might be pleasing for you to receive $133,000 from federal taxpayers, we wonder how you can justify spending nearly a quarter of a minion dollars of our, local taxpayers’ reserves at a time when community fundraising and donations’ have fallen short,” he said.

Adamthwaite said Benson Park rests within the Picton heritage conservation district and planned extensions to sport courts at the park could have a detrimental impact on the park’s heritage aspects and Benson Hall.

Community development director Neil Carbone said the project has been consulted on extensively with community organizations, planning staff, and the Prince Edward Heritage Advisory Committee (PEHAC). He said PEHAC will be consulted again when the municipality applies for a heritage permit to conduct the work.

Carbone said elements of the project’s design, such as improved lighting and accessibility, will also help curb criminal activities.

He acknowledged the tender process got a late start.

“Yes, it is being tendered late and there are some ramifications of that, but the development services group has had 70 internal projects to manage this year alone,” he said. “While council has provided additional staff to development services in last year’s budget, it takes time to fill those positions and there’s a lt on everyone’s plates.”

The work must be completed by March 2018 in order for the municipality to take advantage of the $133,200 Canada 150 grant. As a result, the crux of council’s discussion was a suggestion from several councillors that the project was seemingly being hurried to its detriment.

A staff report presented to council Tuesday says a total of $400,000 was included in the 2017 capital budget to complete the work. The tenders for the landscape works and washroom were advertised in October with a closing date of Nov. 6. The report says both tenders were to follow a design-build process. Only one tender was received for the landscape works. Two were received for the construction of the washroom, but one was disqualified after being deemed incomplete.

The originally proposed scope of work included reconstructed tennis courts, a multipurpose/basketball pad, the washroom, and landscape works. However, combined the projects would exceed the budget for the project by $57,219.

The design originally included a Confederation Walkway at a cost of $40,364 that would be composed of three sections of heritage interpretive panels which would depict important historical events. The walkway was proposed to be located in a municipal right-of-way next to Main Street’s Naval Marine Archive. The report says the proposed works for the walkway may be in conflict with the terms set out regarding the right-of-way. Since the project was already over budget, staff recommended the walkway be removed from the tender at this point, as well as the $36,200 for the multipurpose/basketball pad in order to bring the project cost in line with the approved amount.

Councillor Kevin Gale initially criticized the project, saying he felt leaving items out amounted to leaving the work half finished.

“I’m a huge supporter of this project — huge — but I want it done right,” he said.

He said after hearing Adamthwaite’s deputation and comments from the public he didn’t believe the municipality was taking the right approach with the project.

“Part of why you’re not doing this right is because we, for whatever reason, issued the tender in October, at the tail end of the year, with a rush to get it done,” he said.

Gale ultimately put forward the amendment to include the additional funding to complete the multipurpose surface, which the majority of council supported.