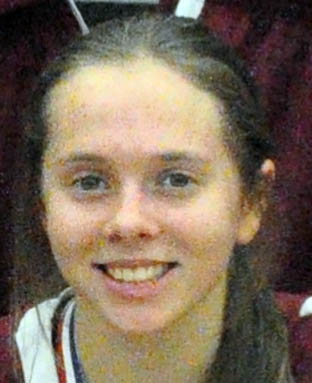 Sydney Davies’ fast finishes on cross country courses helped her to be the final PECI Panther running for a second consecutive year this fall.

The Grade 10 student earned a Bay of Quinte Conference championship on the new five-kilometre course and competed at OFSAA, where she finished 108th out of 267 competitors on a very hilly route at the Petawawa Golf Club.

Davies said she noticed a difference this season moving to a longer course, but she got used to it in time for provincials.

“It took some time to adjust, but after the first few meets, I got used to it,” she said, adding there’s a a difference in pacing with different distances.

Though Davies said was more pleased with her race last year, she was pleased to have the chance to run against really strong competitors.

“It was a great experience,” she said. “There was a lot of hills on the OFSAA course so that was a little tough too, but you have to keep running and try your best.”

Davies said competitors also dealt with cold during the Nov. 4 race as it even snowed as the seniors were out running.

Davies said next year she’s looking forward to training more and being prepared to improve her standings provincially.

She also picked up a ninth-place finish at COSSA.

The Panthers’ team this year consisted of 19 athletes, including seven girls in Grade 9. The team practiced two or three times each week, including hill training at Macaulay Mountain and the Prince Edward Yacht Club.

In the Bay of Quinte Invitational, the midget girls grabbed a fourth-place finish and showed why coach Laurie Spencer thinks they’ll be a team to watch in coming years. They repeated that effort at the Bay of Quinte Championship, Oct. 18 at the Goodrich-Loomis Conservation Area. Kyla Johnston had a 10th place finish to lead the team.

The senior boys also fared well in the local championship as they also turned in a fourth-place team finish. Wyatt Gilbert was a key runner in that effort as he turned in a 24th-place run.

Overall, Spencer was pleased with the season.

“It was an incredible group of student -athletes to work with as they were committed fun, and an all-around great bunch,” she said. “They demonstrated sportsmanship at all events, and best of all, demonstrated a love for running and being active.”