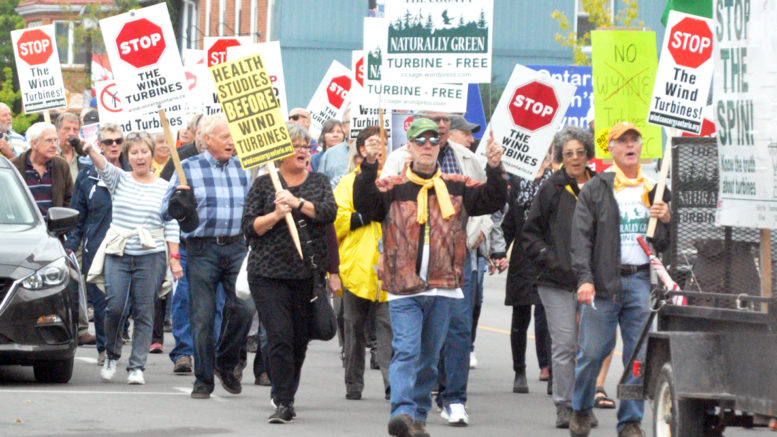 A scheduled hearing for a motion by the Alliance to Protect Prince Edward County (APPEC) to have the White Pines Wind Project’s feed-in tariff contract declared null and void has been postponed, APPEC’s chair stated.

“The court date that was set for tomorrow (Friday) has been postponed,” Gord Gibbins indicated in an e-mail to media this afternoon.  “We regret the short notice, but we only learned of this postponement this morning.”

Through its legal representative, Eric K. Gillespie Professional Corporation, APPEC had made an application to the Ontario Superior Court of Justice seeking an injunction on further work on the nine-turbine south shore industrial wind installation. The application listed the Independent Electricity System Operator (IESO) and WPD White Pines Wind Inc. as respondents.

According to APPEC’s web site, the citizens’ group alleged that a contract the IESO and WPD agreed to should have been terminated following an Environmental Review Tribunal decision that reduced the scope of the project from 27 turbines to nine. It argued those changes would leave the project short of fulfilling the amount of power required under the contract.

Gibbins said APPEC will be circulating information on future hearing dates as it becomes available.