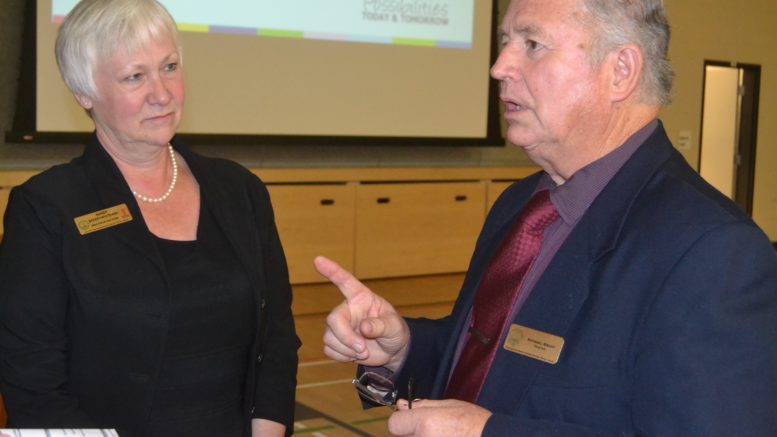 While personal opinions on potentially removing Sir John A. Macdonald’s name from a public school in Belleville might remain varied in the Quinte area, it appears the Hastings & Prince Edward District School Board will not be making any moniker changes anytime soon.

Trustees with the local public education body received three pieces of correspondence at their monthly meeting Tuesday that offered opinions on removing the name of Canada’s first prime minister from its public education facility on Harder Drive in the city’s west end.

Macdonald’s checkered political past has been somewhat of a lightning rod recently as the dominant figure of Canadian Confederation is being recognized more and more for his misdeeds concerning Indigenous peoples including the drafting of the Indian Act and being a major proponent of the Residential School System.

The topic arose after Elementary Teacher’s Federation of Ontario president Sam Hammond sent a letter to board chair Lucille Kyle last month asking her to bring a request to rename schools and buildings named after Macdonald, stating “it was crucial that Canadians understand his nation building policies that many have come to characterize as cultural genocide of Indigenous Peoples.”

But that letter was countered by ETFO Hastings-Prince Edward local president Dave Henderson’s missive that indicated the local delegation voted against the renaming motion made at the ETFO Annual Meeting and called on the board to “Take no action with regard to lobbying done by our provincial organization on this matter as renaming Sir John A. Macdonald Public School in Belleville would dishonour his principal legacy of nation building.”

Instead, Henderson requested the board consider naming new schools after historical Indigenous leaders, particularly those who were contemporaries of Sir John A. Macdonald as this would be in the true spirit of reconciliation and the Truth and Reconciliation’s Commission’s calls to action.

Ultimately, it seems the words of trustee Michael Brant held the most sway over the board members Monday evening.

Brant pointed out the leadership of the Mohawks of the Bay of Quinte supported not changing the name of the Sir John A. Macdonald Public School in Belleville although some in the community do not support that decision.

“In arriving at his decision to recommend not changing the name, Chief R. Donald Maracle said changing the school name would not change history and we should should find ways to learn from history rather than block it out,” Brant said.

Brant explained the true spirit of truth and reconciliation requires working together collaboratively and that education can be away of coming together to accomplish this goal.

“We look forward to working together collaboratively to find the pathways that can result in true reconciliation,” Brant said.

Kyle thanked the Tyendinaga Mohawk Territory trustee after his submission for connecting with the Bay of Quinte Mohawks and providing their perspective on this issue.