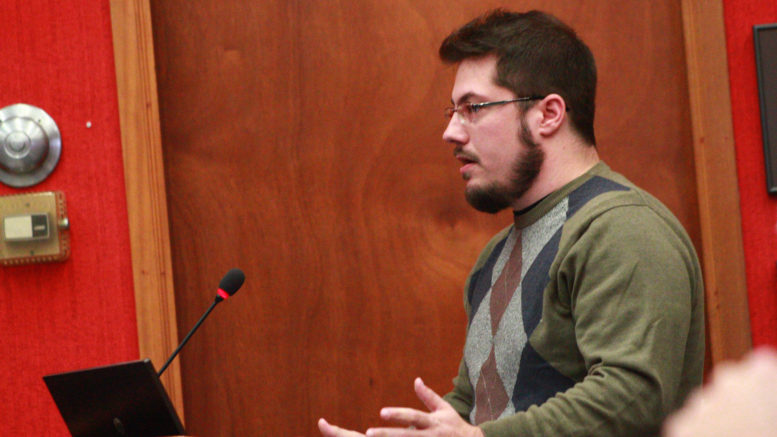 A local business is seeking a permanent exemption to the municipality’s exotic animal bylaw.

Following discussion last Thursday, committee of the whole referred the request from animal education company Wild Zoo Parties to staff for a report.

Cunningham said a request by Wellington Library for a presentation early this year sparked the initial request for an exemption to the bylaw.

“Since that initial inquiry, we have received over 50 requests for presentations,” Cunningham said. “The requests have come from a broad group including the Ameliasburgh rec committee, the libraries, and Massassaga-Rednersville Public School.”

He said the company has been able to fill most of the requests but, since the exemption expired, has gone back to offering limited shows that don’t feature any of the prohibited animals.

“Our public shows in the county went without a hitch,” Cunningham said. “We were able to interact with the public in a safe and responsible way, educate people on conservation and making good pet choices, and provide people with experiences that they would not otherwise be able to have.”

He said there have been no negative incidents with the public. The public health unit checked up on the business during Hillier Park Day and the business was given the all-clear. They also met with a representative from the Ministry of Natural Resources and Forestry following Consecon’s soap box derby to ensure the company has all of its permits in order.

“Once again, we were given the all-clear,” said Cunningham.

Cunningham said there are municipalities that offer such exemptions.

“Kids love it, it’s an experience children wouldn’t get otherwise, so kudos for jumping through all the hoops we’ve made you jump through,” he said.

Councillor Roy Pennell said he didn’t like the idea of giving a permanent exemption to any company.

“What would make you think it would be wise of any council to just give you a carte blanche forever without some review along the way on a fairly regular basis?” he questioned.

He said a year from now, there’s going to be a new council and they might have an entirely different idea of how to approach the situation.
“I do have concerns about just handing somebody something on a silver platter without a little bit of involvement along the way,” he said.

Sisters Annette McIntosh and Angela Lammes once again spoke in opposition to the exemption, saying the shows amounted to exploitation. They argued the shows are stressful for the animals and encourage people to own their own exotic pets.