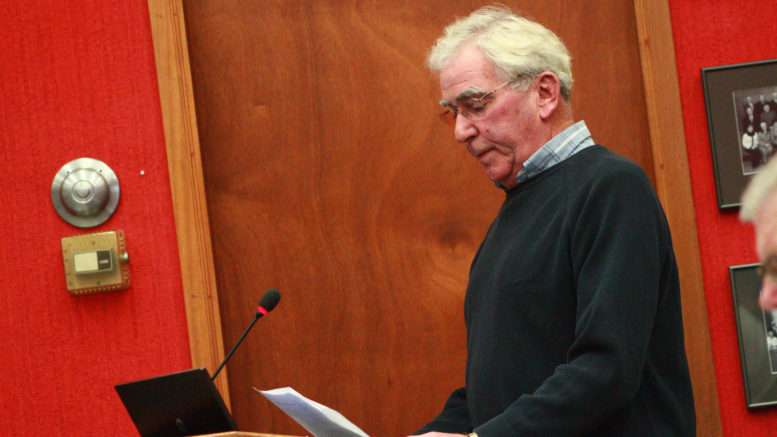 Council could be considering an improvement to Picton Harbour.

Last week, committee of the whole voted to have staff prepare a report on the potential addition of a dedicated boat haul-out space at the harbour.

The motion followed a deputation from resident John Clarke who said the harbour is busy, but lacks a dedicated space that would allow access to a crane to haul out and relaunch boats.

Clarke said some spaces traditionally used for that purpose aren’t available anymore and many boat owners had to relocate to the yacht club, Waupoos, or elsewhere to haul out and store their boats.

“The yacht club cannot haul out larger boats to be taken away, as the hill leaving there is just too steep to safely do that,” he said. “The cruising club has a similar problem of steep and winding roads to the shore and dock area.”

He said there is presently no place in the harbour where a crane can be used to haul out boats to be stored elsewhere for the winter. He said that also means there isn’t any way damaged vessels can be removed by crane if needed.

He suggested the addition of a crane pad on the south side of the existing municipal dock on the Tip of the Bay side could be a potential remedy.

“All that is required is to remove one tree, prune or remove a second one, and then plant new ones to replace them,” said Clarke. “The existing overhead power line to the office at the dock needs to be buried under ground, and then suitable gravel placed in the area to create the pad for the crane and boat trailers to sit on.”

Clarke said the municipal dock is built above the 100-year high water level, which is an added benefit considering last spring’s flooding. Clarke estimated the cost of the pad could be less than $5,000.

“The benefits would be to add a vital facility to those already available in the harbour, and to aid in pollution reduction should that need arise,” he said. “This facility will be available to all who need it, and not be subject to the pleasure of a private landowner.”

He said the addition would make the harbour more attractive to boating visitors and residents and could have a positive economic spinoff for the municipality.

Councillor Gord Fox supported the motion, saying it would be a great asset to Picton Harbour.

“The harbour is used a lot and there are more and more boats being put in and taken out as time goes on,” he said.

He said the Prince Edward Yacht Club hauled out 20 more boats than usual this year.

“We’re operating the marinas and the facilities we have at a loss and this might be an opportunity to help narrow that loss in the long run,” he said. “I’m very supportive of it.”