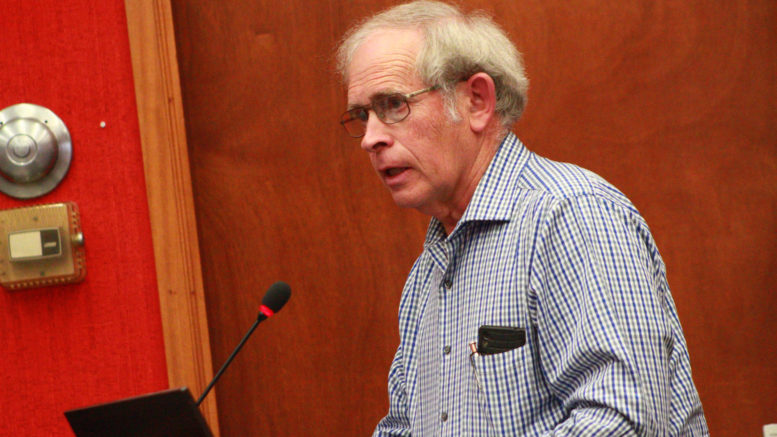 Local farmers again asked for council’s help in addressing skyrocketing property taxes and it looks like the issue will be tabled again in the new year.

County chief administrative officer James Hepburn indicated the request wasn’t a budget issue and staff would be bringing a report on the subject back to councillors in January.

Thompson reiterated the concerns of local farmers during last Thursday’s meeting, explaining that many were shocked by the 2016 Municipal Property Assessment Corporation (MPAC) assessments, which saw farmland taxable values increase by an average of 65 per cent over a four-year period from 2016 to 2020.

“The farmers of Prince Edward were much more affected than most, as our average assessments were up 112 per cent,” Thompson said.

In December 2016, local farmers approached the municipality asking for council to consider a reduction to the 25 per cent farm tax ratio in order to offset rising the assessments.

“While MPAC is responsible for farmland assessments, the farm tax ratio is the responsibility of each Municipality,” Thompson told councillors Thursday. “As this ratio is capped but flexible, MPAC is not responsible for the tax increases which farmers have begun to experience.”

Thompson came with an updated request this time around.

“As reductions in the ratio to 13 per cent over the four-year period would be perceived as excessive, we are continuing to ask that the default rate be reduced to 20 per cent going forward,” he said. “This would have the effect of levelling the farmland taxes for 2018 followed by 2019 being 20 per cent higher and 2020 would be 40 per cent higher than 2016 — a major increase by any standard.”

He said it was a realistic proposal and an attempt at a reasonable compromise.

Thompson said the two most widely held principles of property tax fairness are the ability to pay principle and the benefit principle. He said the former doesn’t justify major tax increases because farm commodity prices are currently hovering around 1970s ranges.

“The sharp increase in farmland assessments and resulting tax increases mean that farmers are paying substantially higher taxes while continuing to consume the same level of services,” he said.

“Precedent may be the main argument against lowering the ratio, but we see this argument as disingenuous,” said Thompson. “There are no comparable tax classes to come forward for reduction.”

He said residential class makes up 90 per cent of tax revenue and a reduction in the farm tax ratio would make very little difference to residential taxpayers because there is a much larger base.

Thompson said agriculture is a major part of the County’s economy, contributing about $100 million per year while statistics show over 80 per cent of farm revenue going toward operating expenses.

“With agriculture being the backbone of Prince Edward County culture and economy, we should do everything possible to protect the family farms of the county,” he said. “Implementing these tax ratio recommendations would be a positive action for the retention and growth of agriculture and associated businesses.”

Councillor Treat Hull said the topic evokes powerful emotions and the timing is appropriate because it allows all parties to weigh the arguments. He said last year the issue was considered at the last minute, which made it much more difficult to have the discussion.

Hull said many shared concerns last time around that large farms or agribusinesses would profit from a reduction, but that’s not the same approach council takes with residential taxes.

“When we’re talking about residential we worry about the people with the greatest difficulty to pay,” he said. “In this case, the attitude we should take in making our judgements is, what will this do for the small farmers we’re trying to preserve and not what it will do for big farmers.”

Councillor Bill Roberts said agriculture is the heart and soul of the county, is part of how the County promotes itself, and is referenced in several strategic documents. However, he suggested residential assessments will be on the rise as well.

“I’m very sympathetic to your argument today, but I think fairness cuts both ways,” he said. “MPAC’s property assessments are driven by farmers buying other farmers’ farms.”

He said many residents can’t deduct their taxes from their income, but farmers can deduct farm tax from farm revenue.