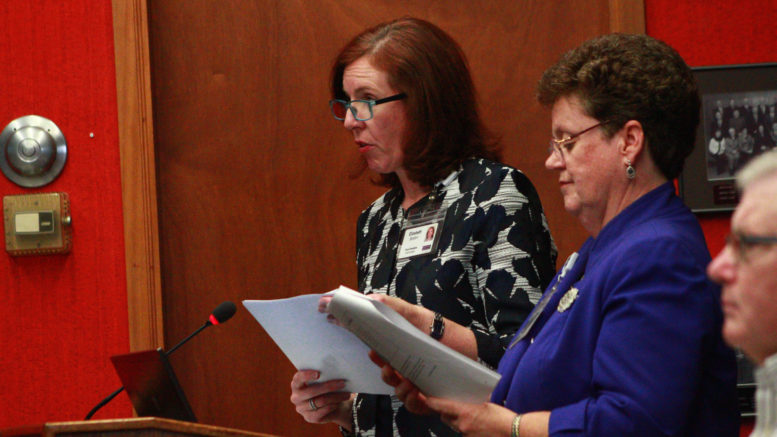 Kingston’s hospitals approached County councillors this week with a request for funding to support expansions and renovations at Kingston General and Hotel Dieu hospitals.

Bardon said there are 24 Prince Edward County residents working in Kingston hospitals, an economic impact of $1.6 million. Meanwhile, local visits to Kingston hospitals have risen more than 157 per cent since 2006, from 5,070 to 13,029 in 2015.

From 2008 to 2017, Prince Edward County pledged a total of $502,185 to the hospitals. That money helped support renovations to the hospital’s cancer centre, helped build a new inpatient floor, and helped leverage support in the amount of $634 million from the province.

She said the hospital’s operating room suite needs to be upgraded, new laboratory services need to be added, and maternity areas — including the Neonatal Intensive Care Unit (NICU) — need to be revamped.

The construction cost for the Kingston General site is pegged at approximately $570 million while upgrades at Hotel Dieu are estimated at about $20 million.

“Participation of the municipalities served by our hospitals is really critical to our fundraising,” Bardon said.

The updated operating rooms would have higher ceilings, modern infrastructure, a mobile operating table, and minimally invasive technology. Those updates will be crucial, Bardon said, as it’s anticipated there will be increasing demand on those services.

County resident Moira Coull spoke in support of the hospitals, saying she’s grateful for the services provided to her family by both Kingston General Hospital and Hotel Dieu Hospital.

“Just to name a few services, we have used the cancer centre, stroke unit, and the children’s specialist for ear, nose, and throat,” she said. “These services are not available in Picton, I strongly endorse this request for funding.”

Committee took no action other than to receive the presentation.