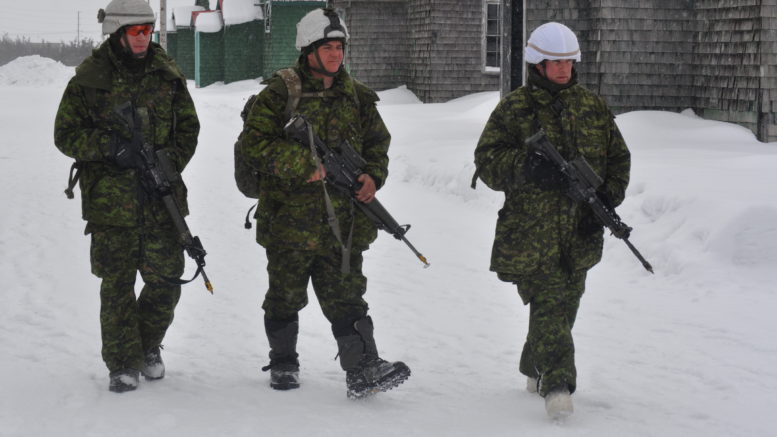 About 40 soldiers from 4th Canadian Division Reserve units in Ontario will be conducting a military training exercise in Prince Edward County over the next two weekends.

Starting Friday, members of the public may notice small teams of soldiers in uniform carrying unloaded weapons in Picton (including the airport and the fairgrounds) and Bloomfield.

The training is expected to be wrapped up by Dec. 3.

The soldiers will be taking part in a humanitarian assistance scenario that will involve role players. One of their tasks will be to gather information about the area (infrastructure, demographics, et cetera) in order to advise the notional international organizations on the best course of action.

Of note, the soldiers will also be interacting with the general population on a voluntary basis, therefore members of the public who are interested in learning more about the exercise are invited and encouraged to engage with the soldiers.

According to a Department of National Defence press release, Canadian soldiers develop their skills during exercises which are simulated operations like the one taking place in Prince Edward County.

Throughout the year, the Canadian Army conducts numerous exercises to ensure soldiers are always ready for future operations.

The 4th Division is garrisoned at the Denison Armoury in Toronto.