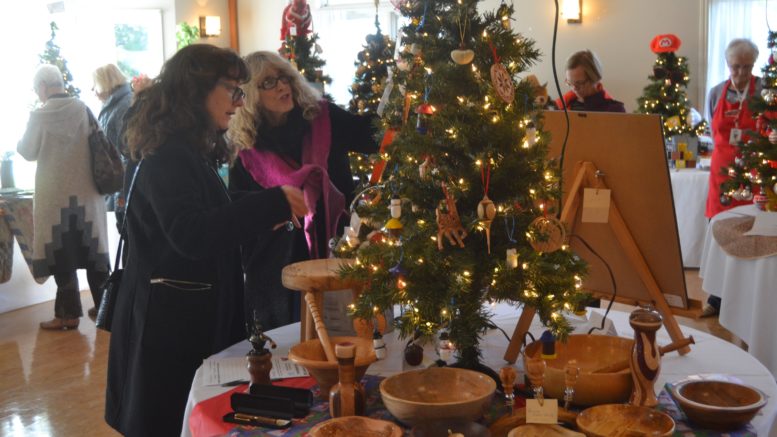 LOOKING THROUGH THE TREES- (From Left) Suzanne Belcourt and Judith PierceMartin examine one of the trees available at the 2107 County Festival of Trees hosted by the Prince Edward County Memorial Hospital Auxiliary at Isaiah Tubbs on Friday afternoon. (Jason Parks/Gazette Staff)

A decade of supporting the Prince Edward County Memorial Hospital Auxiliary was celebrated at Isaiah Tubbs Resort and Conference Centre this weekend.

It’s been ten years since the 24-year-old Festival of Trees event has been organized and presented by auxiliary group that supports the Prince Edward County Memorial Hospital Foundation in purchasing much needed medical equipment for the local hospital.

After the dust settled and the final bids on the 210 prize trees made up by local businesses, individuals, service groups, etc. were made and all other monies were accounted for, organizers told the Gazette it’s believed that the 2017 event raised over $30,000. 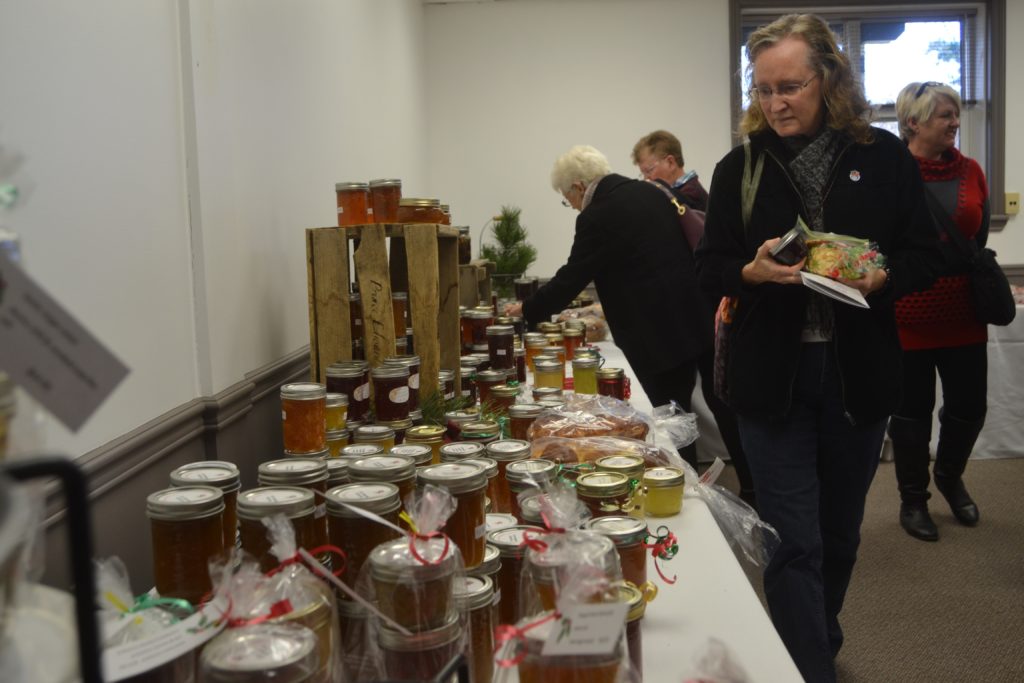 Baked goods and preserves were hot items at the 2017 Festival of Trees this weekend. (Jason Parks/Gazette Staff)

“We are still figuring out the exact expenses and we don’t have an exact total on the auction items but we do know that the bake sale raised $10,000 and the Second Time Around Christmas Boutique also raised $10,000,” lead organizer Jack Starkey said Monday night. “Our bucket draw sold out so that’s $3,350 and we had more trees to auction off than last year and 2016 was our previous high in terms of the number of trees.”

This year’s funds will go towards offsetting the purchase of an Endo Works Picture Archive which is part of the Foundation’s Picture of Health campaign.

The hospital serves as a low-risk endoscopy centre for Quinte Health Care and in order to continue to provide cancer screening services, the hospital is required by Cancer Care Ontario to install a picture archive system.

The system captures, stores and shares images of specific regions of the body taken during screening procedures with the images used to verify diagnoses.

The purchase of this piece of equipment will allow the hospital to continue to provide endoscopic screening services to over 3,000 patients annually and keep this service efficient and of high quality.

“The auxiliary reached out to the foundation to find out how best this money could be spent and we pledged the money raised for Festival of Trees to the Cancer Care Archive,” Starkey added.

“The enduring and tireless support of the auxiliary for the Prince Edward County Memorial Hospital is inspiring,” said Rolinski told the Gazette. “Every year the auxiliary steps forward with a gift that makes it possible to replace critically-needed medical equipment, but this year’s gift from the Festival of Trees is exceptional.”

The road to West Lake was a busy byway this weekend even before for the event’s official grand opening on Friday at noon. 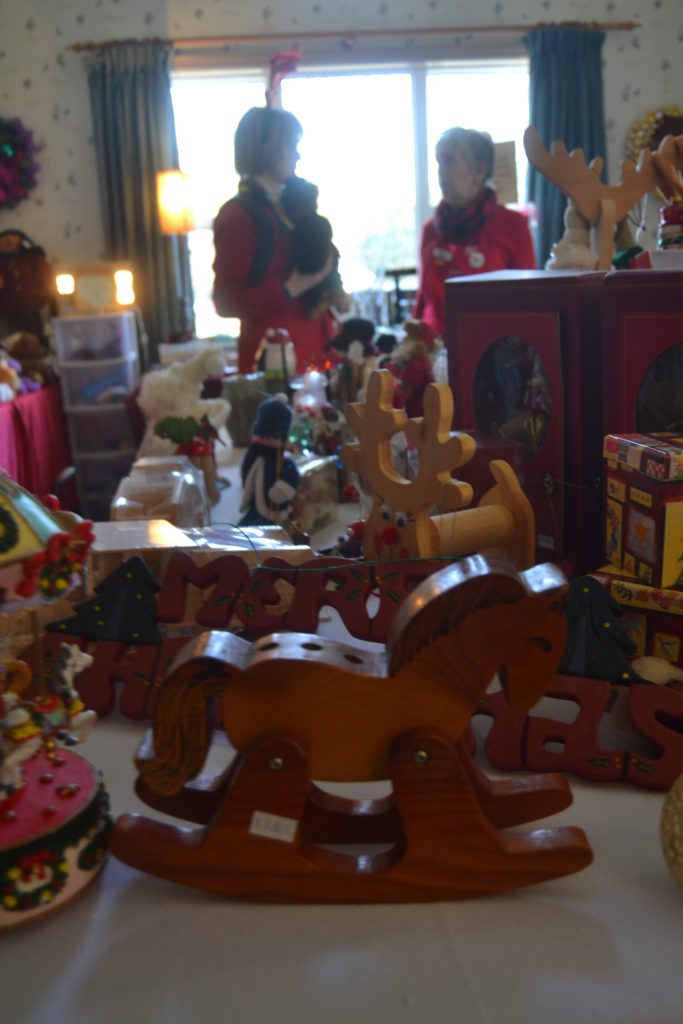 Starkey said he was still putting up signs to help direct people around the Isaiah Tubbs grounds when attendees started showing up en masse to make sure their favourite delectable at the bake sale or that red hot item at the boutique was still available.

“I’ve noticed people know about Festival of Trees and know to get here early. They know some items sell out quick and want to make sure they pick them up,” Starkey said. “On the other side, our bakers are always worried they are going to have too much for the market but the baked goods and preserves are almost completely gone by the end of the day Saturday.”

Starkey added that while the primary goal of the event is and will continue to be to raise money for the hospital, that Christmas and community spirit that seems to come alive.

“Our primary goal is to raise funds for the hospital but it really is a community event and fun to be a part of. This weekend is really heartwarming to be a part of,” he added.

When helping a winning bidder with their tree on Monday, Starkey said a local woman summed up the event perfectly.

“She told me it’s just great to live in a community that cares so much,” Starkey added. “It’s a tiring weekend for the volunteers but in a very fun way and you look back on it, it makes the weekend all worth while.”