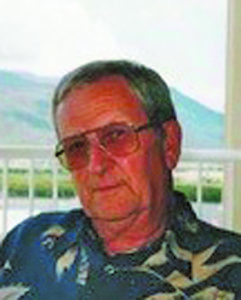 Robert Adams Elliott
Following a valiant and courageous battle with his health, Robert died peacefully at Kingston Health Sciences Centre-KGH, on Thursday, November 23, 2017. Robert A. Elliott, in his 80th year, is predeceased by his wife Gloria (nee Walker). Sadly missed his son Robert “Michael“ Elliott (Jill) of Woodstock, ON and is predeceased by his son Stephen Elliott. Remembered by his adored granddaughters, Megan Elliott of South Africa, Michele Elliott of Kingston and great-grandson, Hunter MacPherson. His sister, Beverly Achtzener (Tom) of Lethbridge, AB, along with his special friend, Mary Ann Gibbons of Bath, as well as his nieces, nephews, and their families will miss him deeply. Also predeceasing him are his parents Robert and Ailsa (nee Adams) Elliott, sister-in-law Daphne (Dimps) Massie and brother William Elliott. Bob led a busy and successful career as a Canada-wide Associate Canadian Tire Dealer. In his spare time, he was an avid golfer and boater. Cremation in the care of James Reid Crematorium. A memorial service was held in celebration of the life of Robert A. Elliott in the Chapel of the JAMES REID FUNERAL HOME, 1900 John Counter Boulevard, Kingston, on Tuesday, November 28, 2017 at 2:00 pm. The family gathered privately at Quaker Cemetery in Bloomfield where he was laid to rest beside his loving wife and son. As expressions of sympathy and in lieu of flowers, donations may be made to The Heart & Stroke Foundation, Canadian Cancer Society or The Alzheimer Society in memory of Mr. Elliott. Online condolences may be directed to, www.jamesreidfuneralhome.com