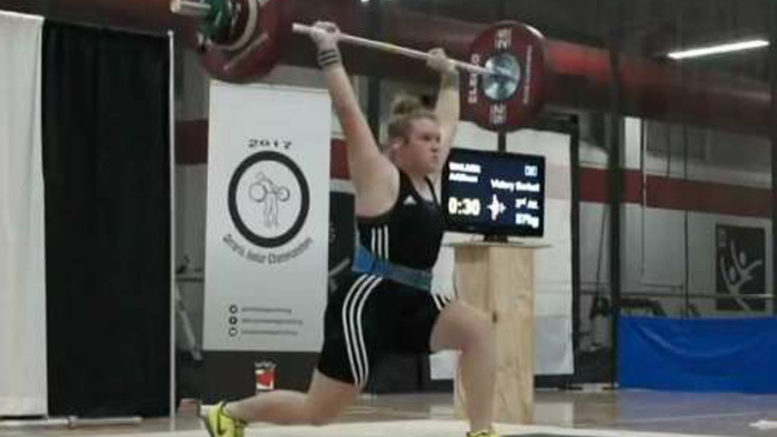 Golden lift - Addison Walker, 16, of the Victory Barbell Club holds aloft an 87-kg attempt in the clean-and-jerk event. She placed first in her category at the Ontario Junior Weightlifting Championships. (Submitted photo)

Ameliasburgh’s Victory Barbell Club now counts among its members two junior provincial champions.
At the Ontario Junior Weightlifting Championships Saturday in Toronto’s Variety Village Sports Complex, 16-year-old Addison Walker was the best lifter in the women’s 90-kg division. Walker snatched 67 kg (147 lbs) and lifted 87 kilos (191 lbs) in the clean-and-jerk competition for a total of 154 kg. That was good for the gold medal.

Coach Gary Lewis was pleased with his lifters’ results.

“It was a perfect day of lifting for Addy and Connor, getting all three attempts in the snatch and in the clean and jerk.