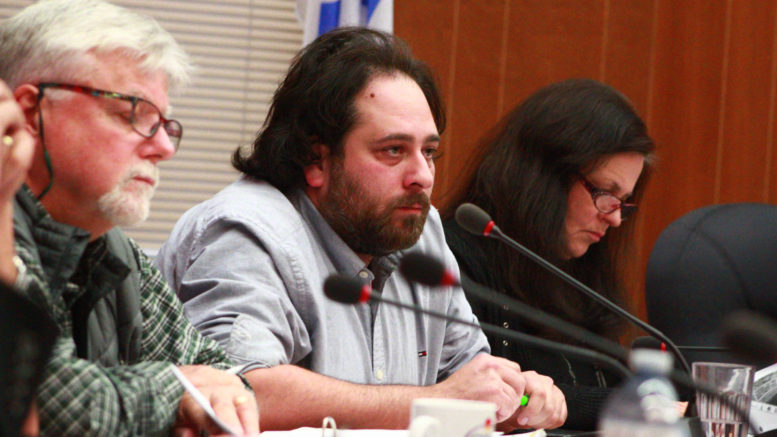 In what was at times a heated discussion, committee of the whole supported a motion last week that would see the County move forward with public consultation on smaller, more affordable housing options.

The motion supported by committee last Thursday directs staff to commence a public consultation initiative regarding minimum home size below a gross floor area of 75 square meters — which is the current minimum allowable under the County’s comprehensive zoning bylaw. The motion also asks that, following the consultation process, staff bring forward a report summarizing the results, including any appropriate draft official plan policies and zoning bylaw provisions. The motion includes a deadline of no later than the April 18, 2018 planning public council meeting.

Councillor Lenny Epstein said he believes the community will be supportive of the effort.

“My feeling is we’re going to find much of the public is definitely in favour of this, but we’ll let that play itself out and then come April we’ll be able to move forward,” he said.

During committee’s discussion on the report, Epstein spoke passionately in calling for the municipality to move the process along as quickly as possible. He said the County is facing a “housing crisis.”

“I would definitely like to see this happen before the end of this term of council,” he told the Gazette. “I really would be very disappointed and embarrassed if we couldn’t make that happen.”

Epstein was happy the motion includes a timeline. When there are so many competing priorities, sometimes things can sit on a shelf for a long time, he said.

If approved by council, the public consultation process would begin with the posting of a discussion paper titled “Small Homes — A Brief Overview of Issues and Options for Planning and Development” on the County website. The discussion paper includes a questionnaire.

Radio and newspaper announcements would give notice about the discussion paper and questionnaire and the public would be invited to post views and opinions in response. Staff would administer the questionnaire to those involved in the housing, land development, real estate, and social housing sectors to get an understanding of how small homes could address housing needs and interests. The report says if the feedback warrants more intense consultation, the County would facilitate consultation sessions with stakeholders.

A staff report presented to councillors includes a summary of small, tiny, and micro home sizes which was prepared by the County of Simcoe social services and presented to its affordable housing advisory committee. That report defines a micro house as having a gross floor area of 28 square metres (300 square feet) or less. Tiny houses were categorized at between 28 and 56 square metres (300–600 square feet). Small homes were defined as those with a gross floor area of 56–111 square metres (600–1,200 square feet).
The report says a number of factors should be considered in developing standards and policies around small homes. Those include minimum gross floor areas, preferred locations, relative construction and servicing costs, and municipal fiscal impacts.

This process was initiated back in March this year. Council approved a motion asking staff to bring forward a report outlining a public consultation process to revise the zoning bylaw to reduce the minimum dwelling size from 75 square meters to the minimum allowable size outlined in the Ontario Building Code. The motion was moved by Epstein in an effort to permit the construction of smaller, more affordable homes in the county.

On Thursday, Epstein said the report also dealt with tiny or micro homes, which would take the dwelling size below what is currently allowable in the building code and would require a more in-depth and lengthy process to approve.

He suggested the municipality’s consultation should stick to the minimum allowable size under the building code for the time being in an effort to expedite the process and ultimately allow more affordable homes to built in the short term. He initially suggested council should see the results of the consultation by March 1.

“I would like to get this sorted out quickly because we can do something here,” Epstein told fellow councillors during the discussion. “For us to go through and have this potentially not be able to be dealt with this term of council would be a travesty for what we’ve set out to do.”

A motion to that effect was not supported by the committee, however, Epstein was successful in including a timeline for the consultation to return to council.

Epstein said in an interview his intent was to focus on small homes now and take a look at tiny and micro homes in the future.

“This is one of the biggest issues we’re facing, it’s one of our corporate strategic priorities and to make a simple change takes years,” he said. “That, to me, is not acceptable. So I was frustrated.”

Councillor Jamie Forrester said he had concern with any effort to expedite the consultation as there are still a lot of questions surrounding small homes.

“There definitely has to be public consultation,” he said. “… Just to fast track this through and have these little houses pop up everywhere, I think would be one of those things 10 years down the road where somebody would say ‘who the hell allowed this to happen?’”

The item will appear before council on Dec. 19.