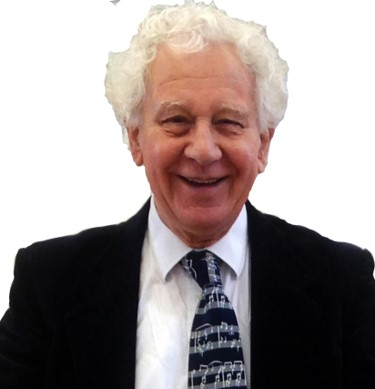 The penultimate verse has been sung and the crescendo is building as the Prince Edward County Ecumenical Choir will be offering its final performance next weekend.

Choir director Michael Goodwin confirmed that the upcoming performance slated for Dec. 16 at St. Mary Magdalene Church in Picton will be his last.

“After 10 years, it was time for a break,” Goodwin told the Gazette.

Unfortunately, there’s been no one else showing interest to take up the conductor’s place in front of the 40 voice choir that includes singers from all over the County as well as from Belleville and Napanee.

Goodwin, a professional musician all his life, began his career in England at the Guildhall School of Music, playing horn in major orchestras in the U.K. and Canada. He conducted the Ottawa Winds, and since 1991, he has started and worked with choirs throughout eastern Ontario.

Upon relocating to Prince Edward County, Goodwin observed there didn’t seem to be any type of vehicle locally for anyone to sing the classic and sacred repertoire of church music

“Command Performance does a wonderful job but with more eclectic selections,” Goodwin said. “In my experience, there’s always a group that wants to sing church music so that was my idea to bring voices together and sing this kind of music.”

Currently the music director at St. Mary Magdalene Church, Goodwin has presented performances of many of the great masterpieces of the sacred choral repertoire including Handel’s Messiah, Fauré’s Requiem, Stainer’s The Crucifixion and works by Mozart, Vivaldi, Pergolesi, Charpentier, Saint-Säens, and from the twentieth century Benjamin Britten and John Rutter.

Over a 10-year span, the choir’s concerts have raised thousands of dollars for charities in the county and around the world.

For the final performance, in addition to brilliant organist Brian Jackson, Goodwin has assembled a 15 piece orchestra for the last work on the program, the Magnificat in D by J.S.Bach.

The other works are also settings of the Magnificat by Claudio Monteverdi, Randall Thompson, Andrew Carter and Arvo Pärt, which spans four centuries.

The concert will take place at St. Mary Magdalene Church, Picton, on Saturday,

Admission at the door is $20 for adults and $5 for students.