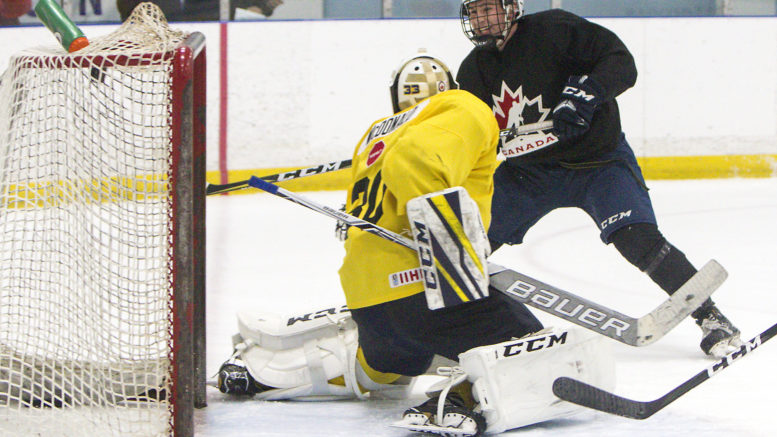 There will be plenty of reasons for local hockey fans to monitor Team Canada East’s progress at the 2017 World Jr. A Challenge in Truro, Nova Scotia next week. 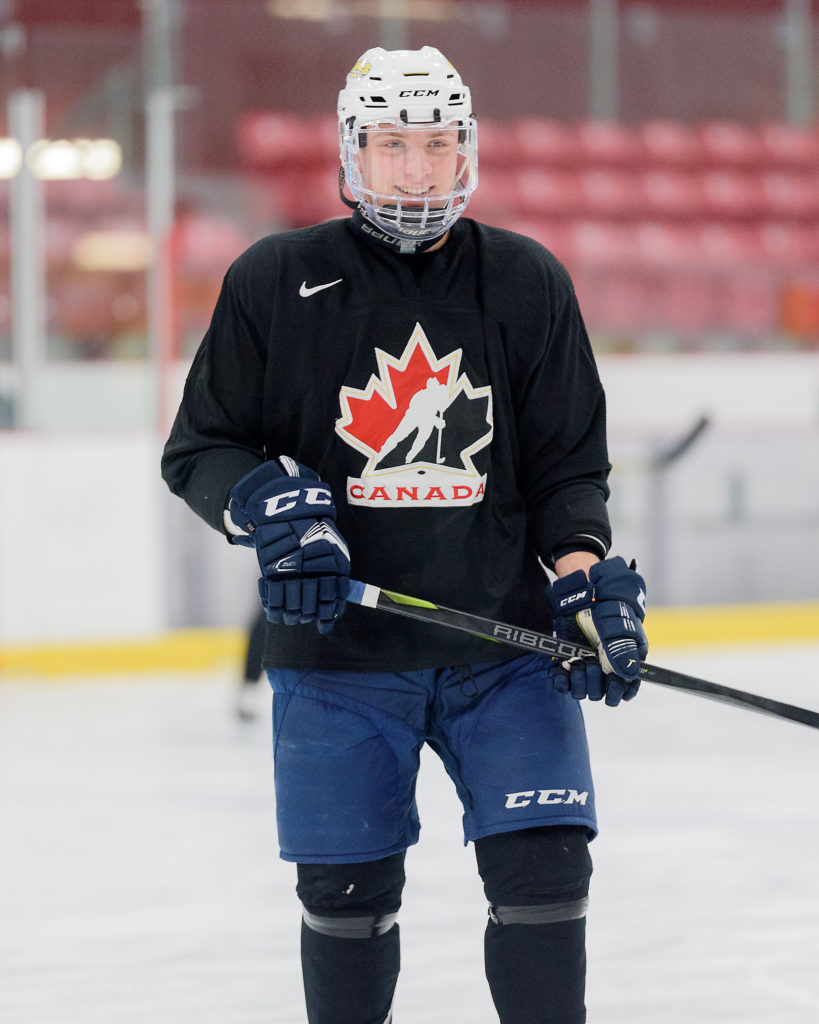 Three Wellington Dukes and a pair of County natives will be part the 22-player roster that will represent Eastern Canada at the International Jr. A hockey showcase event that includes teams from Russia, USA, Switzerland the Czech Republic and western Canada and gets underway Sunday.

Wellington Duke forwards Colin Doyle and Ben Evans, defenceman Mason Snell and Bloomfield native and North York Rangers netminder Jett Alexander and former Duke and Amliasburgh resident Aidan Girduckiis of the Carleton Place Canadian were all told Tuesday to pack their hockey bags for a trip to the Maritimes next week.

This marks the third time three Wellington Dukes were named to TCE. In 2008,  Marty O’Grady, Jeremy Franklin and David Pratt were selected to the club for the event in Camrose, Alberta while in 2014, Jacob Panetta, Abbot Girduckis and Brody Morris played for TCE in Kindersley, Saskatchewan.

It also marks the first time a Prince Edward County trained player (Alexander) has been selected to play in the biggest international Junior-aged tournament outside of the traditional Christmas-time World Junior Championships.

Wellington Dukes Associate Coach and General Manager Ryan Woodward said the club was delighted with the news three of its stars would be heading east to perform on the world stage.

“We are thrilled for Colin, Ben and Mason. All three players have earned the opportunity to represent their country, Woodward told the Gazette. “They each have the ability to play in any situation and their team first attitude will be an asset to Team Canada East.

Evans and Snell were acquired by Wellington via in-season deals and have bolstered the club’s lineup significantly.

Evans was picked up from the Ottawa 67’s after the Barberbpoles figured the Thorold native wasn’t in their plans in 2017-18. 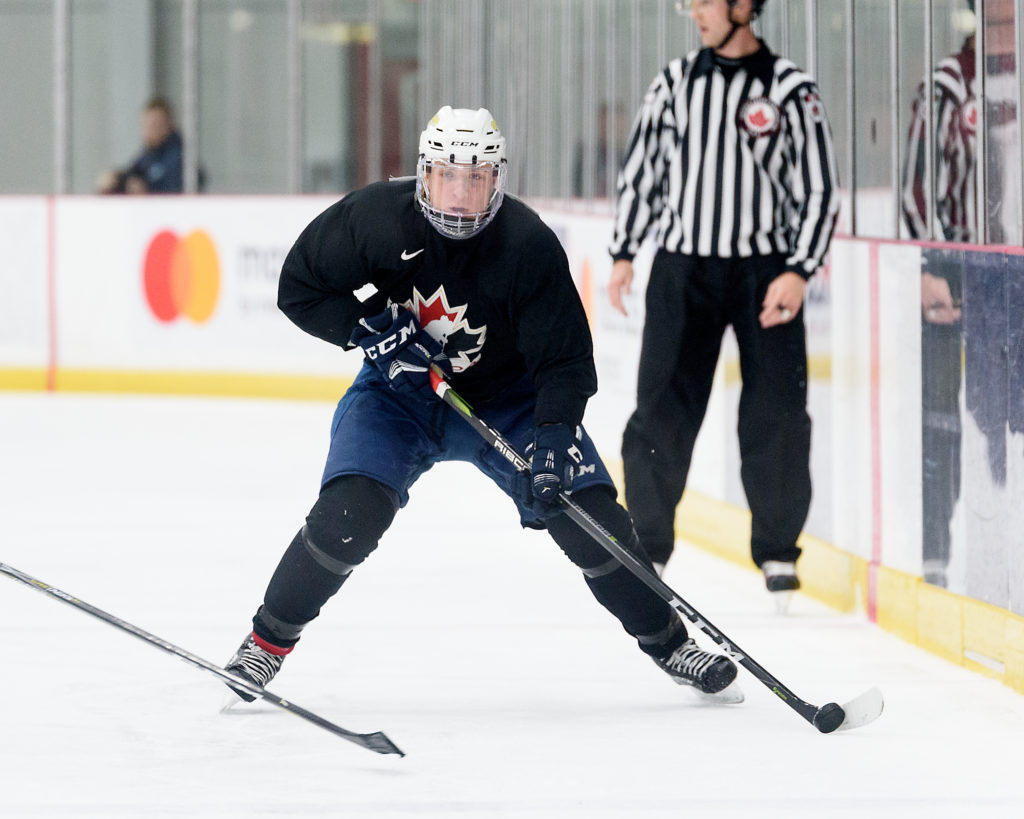 Since coming from Major Junior hockey in October, Evans has been a consummate playmaker, tallying 18 helpers along with five goals for 23 points in 19 games.

Later on in the season, the Dukes sent three skaters to the Whitby Fury to acquire the services of Snell whose father Chris was an OHL standout and won a WJC with Canada’s junior squad in 1991.

Snell has been a quarterback for the Wellington powerplay in his time with the Dukes, firing home five goals while adding two helpers in a dozen games.

For Doyle, this was a magical opportunity to give his budding hockey career a shot in the arm.

A late addition to the TCE Training Camp roster due to injury, the Campbellford native made a statement by be being one of the best players on day one of the camp, scoring a highlight reel goal during an exhibition game.

Doyle has ten goals and 25 helpers through 30 OJHL games this season and had at least a point in seven of his previous eight games heading into TCE camp last weekend.

A former Quinte Red Devil and Prince Edward County King that wound up playing in the Greater Toronto Hockey League as he finished out his minor hockey career, big-city living and hockey at Greater Toronto 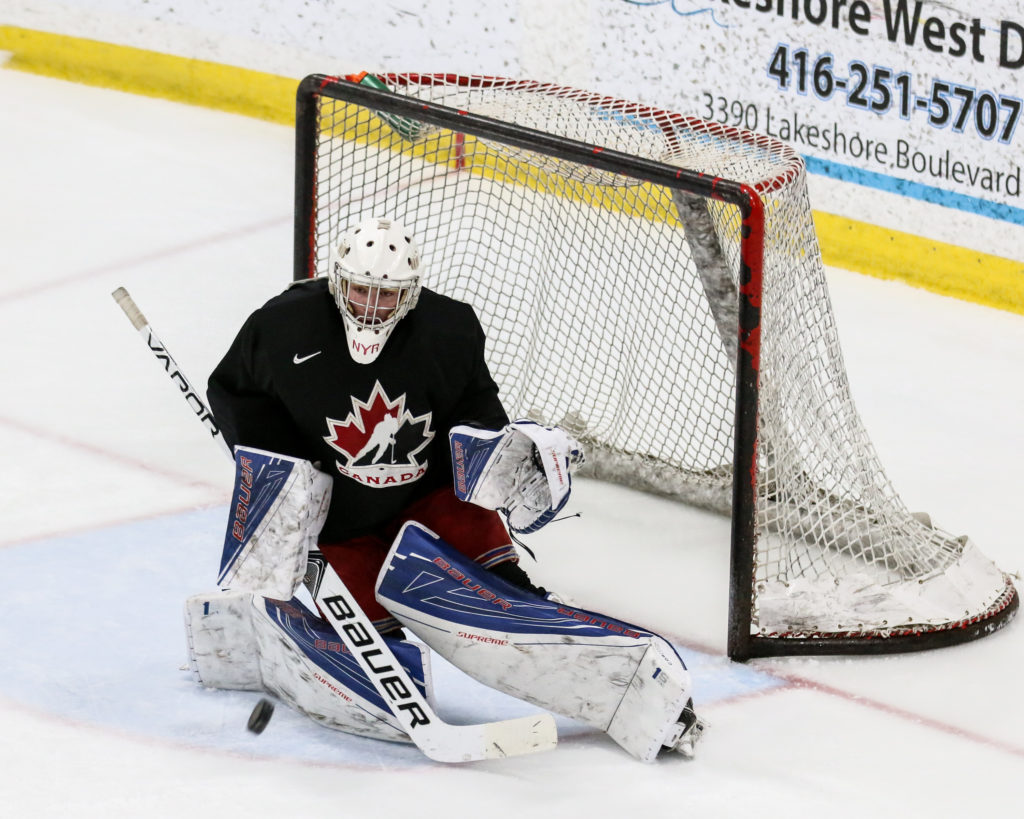 Area rinks have seemed to suit Alexander just fine as he’s been the backbone of the Rangers this season.

Alexander has a 2.08 Goals Against Average and a Save Percentage of .932 through 17 games this season.

In his second full season with the perennially strong Canadians in the CCHL Girduckis has five goals and 15 assists in 30 games.

Team Canada East and Russia will do battle at the Community Credit Union Arena Sunday evening at 6:30 p.m. EST.

Among the many current NHL alumni that have participated in the World Junior A Challenge in previous years include current NHL Stars Nikita Kucherov, Zach Hyman, Devin Shore and Brock Boeser.

Team Canada East’s progress can be monitored by visiting www.hockeycanada.ca/en-ca/national-championships/men/world-junior-a/2017