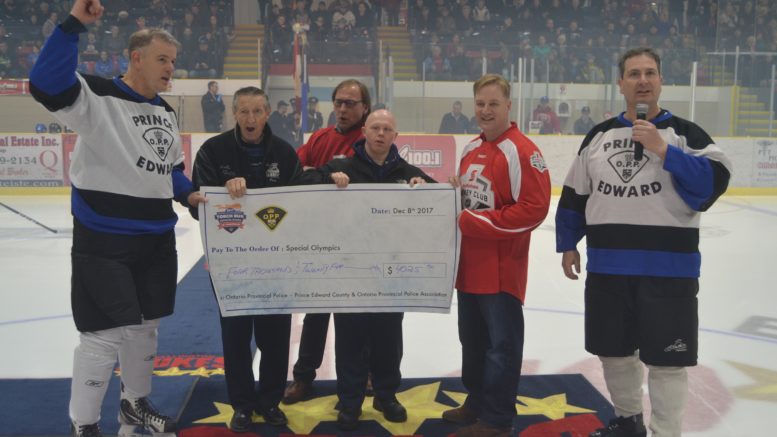 It was a night of many thrills, not so many spills, and a lot of chills as the touring NHL Alumni All Stars blew into Wellington Friday evening to battle members of the OPP and regional police forces in support of a great cause.

Nearly a capacity crowd better than 1,000 jammed Essroc Arena to see former NHL stars such as Rick Vaive, Al Iafrate, Nik Antropov and Ron Tugnutt skate against members of the Prince Edward detachment and others in a game that raised over $4,000 for Special Olympics Ontario and the OPP Torch Run.

The crowd was wowed as several big league pro stars showed they could still shoot the puck.

Of note, Antropov still can use that lanky frame, long reach and slick hands to victimize opposing netminders and did some on more than one occasion.

Dave “Tiger” Williams scored a goal late in the third period and fans got to see him ride his stick down the ice in celebration.

The OPP squad was not without its own highlight reel goals as Troy Bellehumeur snapped a puck past former Toronto Maple Leafs and Philadelphia Flyers netminder Mark LaForest in the first. Fellow Prince Edward Constable Gabriel Proulx was sharp in both ends of the ice for his club as well and looked every part of a retired competitive hockey player.

The locals were backstopped by Connor Durkin who made plenty of highlight reels saves as he was left to his own devices on more than one occasion.

The OPP actually led the contest briefly 5-4 but the NHLers put on a show in the final period to blow past their competition 11-7.

On the losing side, OPP bench boss Mick Chalmers said his squad would have to go back to the drawing board in advance of next year’s showdown.

It’s not that the OPP necessarily gave away the contest Friday night however the lead was relinquished with a greater goal in mind.

“We let them slip out of our grasp on the basis of good public relations,” Chalmers quipped adding quickly that’s a rare occurrence by members of the local constabulary.

The OPP were supported on their bench by Luke Flynn, a standout swimmer that competes regularly at Special Olympic trials all over the province. 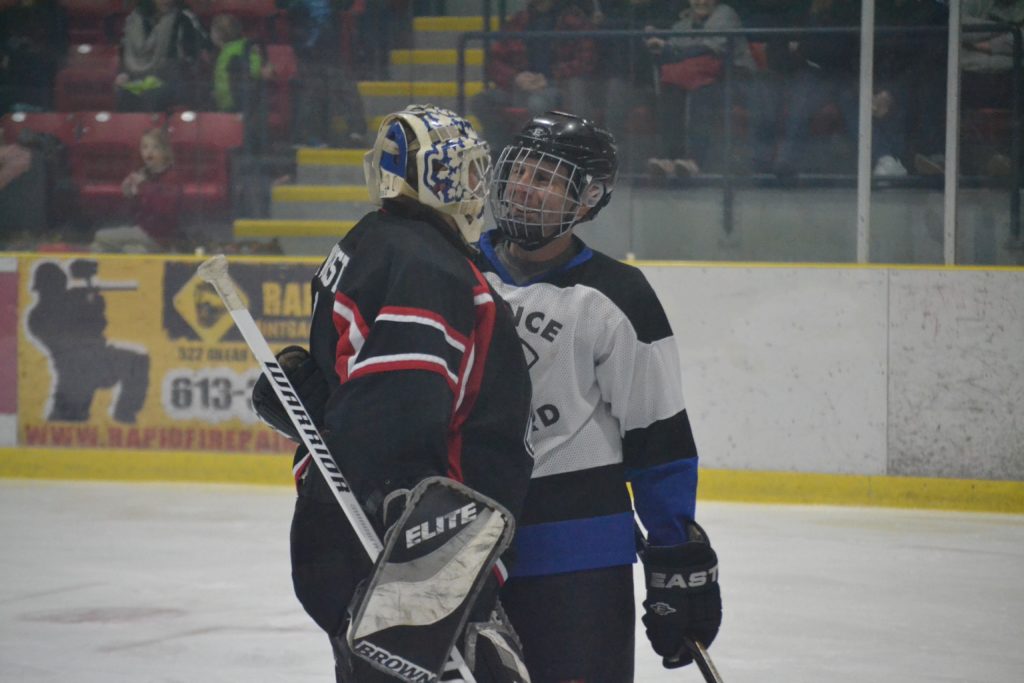 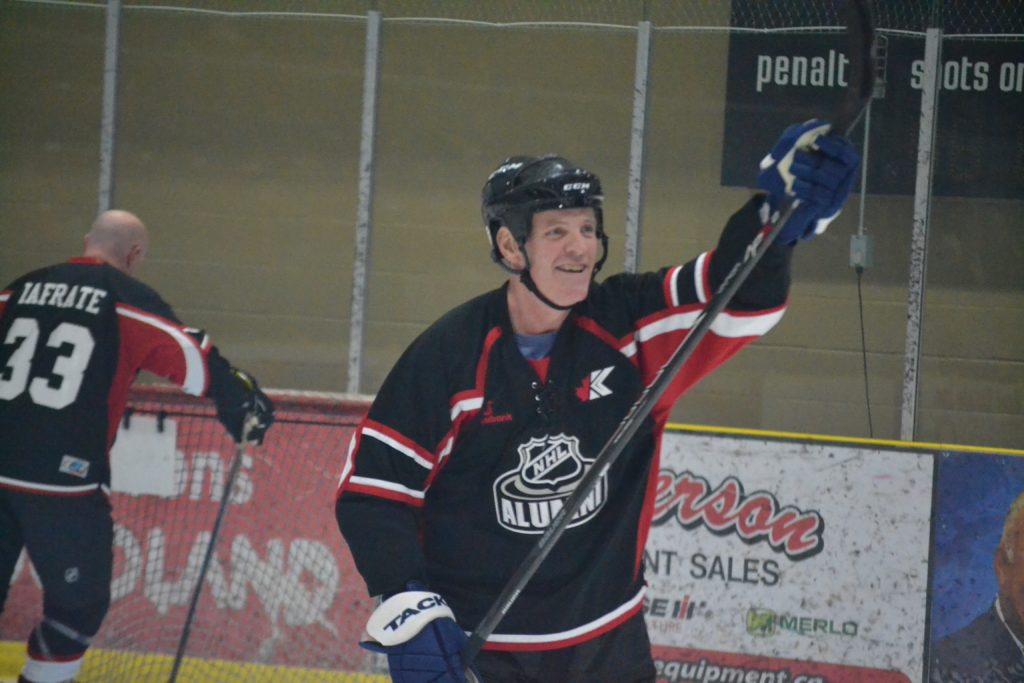 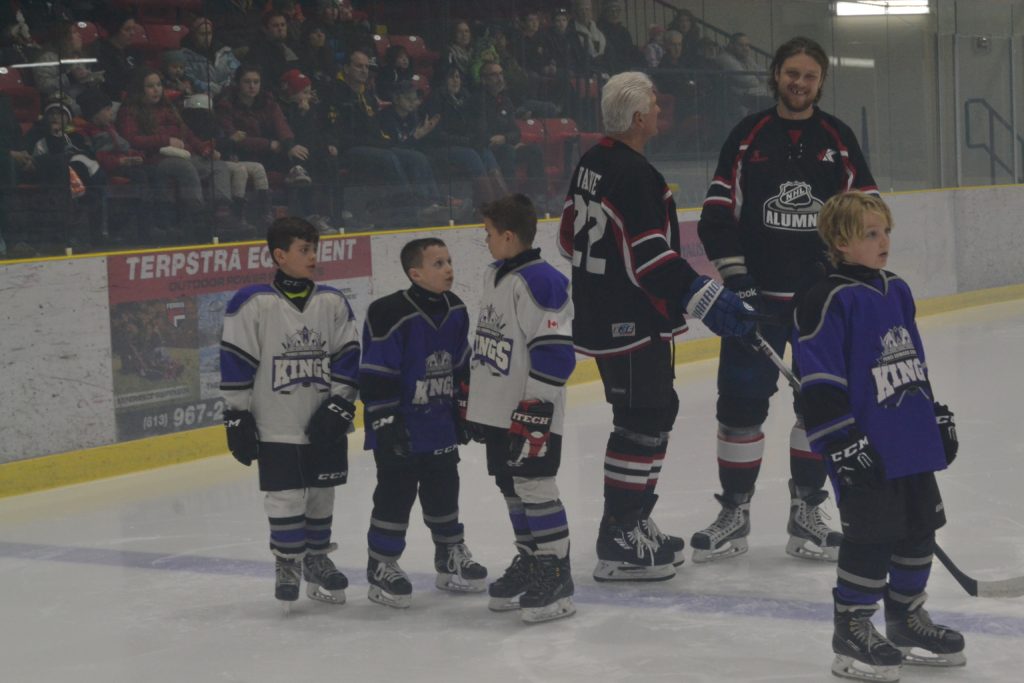