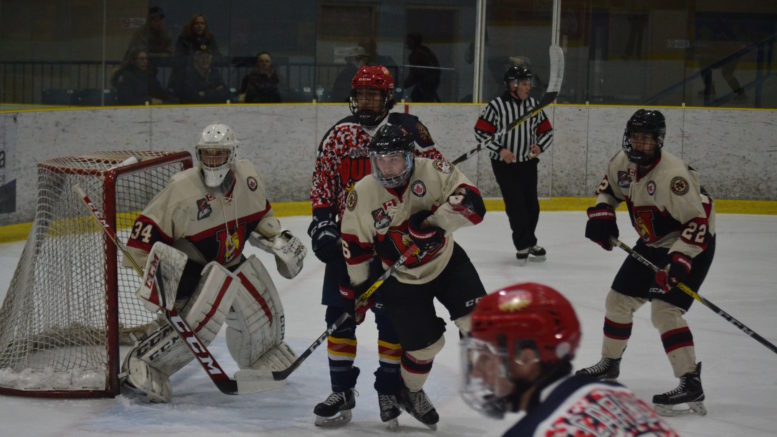 While it appears the award might have been lost in the mail, credit the Ontario Junior Hockey League for getting around to delivering its October Kewl Player-of-the-Month for the Northeastern Conference prior to Christmas.

The OJHL announced Monday that Wellington Duke forward Andrew Rinaldi was the POM for October.

In his first full month of Junior A hockey, the Montreal native tallied nine goals and added nine helpers through a dozen games while five of those contests were multi-point outings for the speedy forward.

Dukes Associate Coach and General Manager Ryan Woodward said the organization was very happy with the news that a game breaker like Rinaldi was recognized for his efforts in the month of October.

“He’s a physical presence that plays the game hard at both ends of the ice,” Woodward said. “He’s got a heavy shot and he’s a difference maker for us. We are happy he’s chosen to come to Wellington and we are very happy for him.”

Rinaldi’s on ice success helped pave the way for Wellington to pull away from the East Division as the Dukes earned at least one point in 10 of 12 games played during October.

Prior to signing in Wellington this past summer, Rinaldi played at Kent High School in Connecticut and his older brother Anthony was a graduate of the East Division rival Kingston Voyageurs.

Physically strong and durable, Rinaldi has used his wheels aptly this season and is tied for the OJHL league lead for shorthanded markers with three.

“He’s explosive and strong so he’s threat on the penalty kill, powerplay or five on five,” Woodward added. “He’s able to play in all situations and when he’s on his game he is very difficult to defend.”

Jack Jeffers of the Markham Royals was runner-up to Rinaldi as the North-East Conference Player-of-the-Month.

The 20-year-old Oakville, ON native had 15 points, including seven goals, in nine games during October to lead the Royals, who are in a battle with the Newmarket Hurricanes for first place in the North this season.