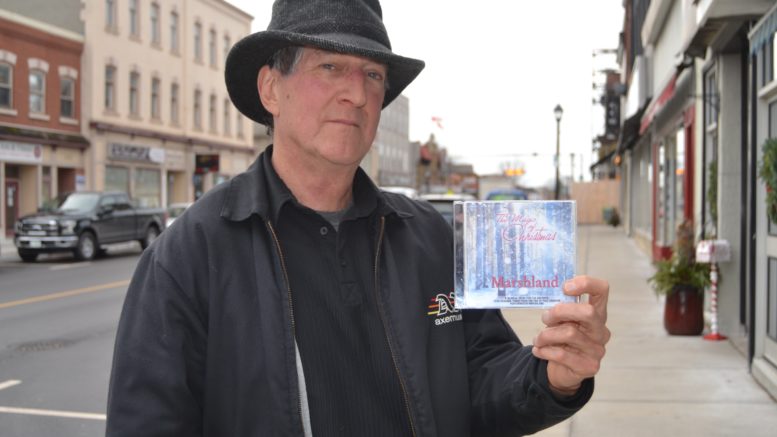 For the organizers of Fiddle and Frostbite, the objective is to ensure those who are less fortunate aren’t left behind.

The event’s second incarnation is back for a second year Thursday, Dec. 28 at 2 p.m. at Milford’s Mt. Tabor Playhouse.

Fiddle and Frostbite was revived last year by Paul Johnson and his band Marshland after a six-year span following the death of former organizer and fiddler Zeke Mazurek in 2010. Mazurek had led the event along with Janet Kellough for a decade.

The live show featuring an eclectic group of performers spanning multiple genres brought in $800 that was disbursed to local food banks last year. This year, Fiddle and Frostbite will focus its support with 50 per cent of all ticket sales going to the Picton United Church County Food Bank.

Johnson said the event is all about bringing attention to the plight of people who are struggling in the community.

“Those who are not as fortunate as many of us are finding it difficult to feed themselves given the fact that rents are as high as they are,” he said. “People who are on fixed incomes have seen their expenses go up.”

Many people rely on the food banks in their time of need. Johnson said those who can bring attention to the issue have a responsibility to do so in any way they can.

“I like to think that those of us that can bring some attention — by whatever means — to social issues, should do so,” he said. “Especially if we are sincerely concerned about circumstances that affect other people in our society.”

He said one way to spread that message is music — something that crosses all social and political spectrums. Generating interest in a fun variety show can mean bringing attention to serious issues as well, he said.

The timing of the event is also important. While food banks can often generate broad support in the lead-up to the holidays, they often struggle to find that same level of backing afterward, said Johnson.

“It tends to wane afterwards and we wanted to keep that interest going over the holidays,” he said.

Asked what audiences could expect from the show, Johnson paused for a moment.

“Well, they can expect one thing for sure and that’s no Christmas carols,” he said with a laugh.
There will be something for all music fans once again this year. Marshland comprises the talents of Johnson, Rick Tasson, Bruce Snider, Al Kirby, and Warren Maracle. Cherry Valley native Blake Found will once again be at the helm of the eponymous fiddle. The show will also feature guest duo Daughters of the King — Kim Inch and Debbie McLean.

Found is a well-known fiddler. He’s travelled across the province over the past year playing with his own band. Inch and McLean will bring Daughters of the King’s gospel tones to the event with a repertoire including traditional, contemporary, and original songs. Marshland’s catalogue crosses many genres and their performance will include some folk rock, classic country, and some newer music.

Johnson said the band tries to send a message during their shows and encourages support for those in need.

“Those that are really struggling, they become invisible in our society,” he said. “I just want to remind people to be generous if you can and help those who are less fortunate.”

He said he’s hoping for good weather and a great turnout to the show.

Tickets cost $20 and can be purchased at Books & Company in Picton or at the door.