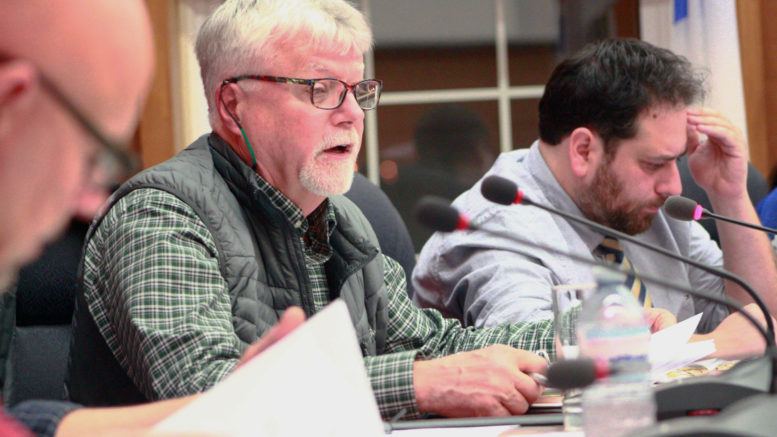 Council has granted a noise bylaw exemption request for work to take place on the Skyway Bridge next year.

The Ontario Ministry of Transportation (MTO) has tapped Morrison Hershfield Ltd. to undertake a preliminary/detail design and class environmental assessment study for the rehabilitation of the bridge. Council voted to allow the contractor to perform construction work at any time — 24 hours per day, seven days per week — on the bridge for a period of six months.

The company had requested an exemption to the municipal noise bylaw to permit 24/7 construction to begin on Jan. 1, 2018 and finish on Dec. 31, 2023. Staff proposed a one-year term over the six-year term requested. A staff report says the one-year exemption would give the County a chance to review and address any issues that might arise due to the work prior to extending the exemption.

However, during Tuesday’s meeting councillor Bill Roberts opposed the one-year term, instead suggesting a period of six months.

“There are people that actually live literally under that bridge, not just in the neighbourhood,” he said.

The report says some of the work is proposed for 24-hour operation and the primary sources of noise during the work will be intermittent concrete chipping using chipping hammers, use of air compressors, electrical generators, as well as continuous operation of diesel generators, engines, and vehicles.

The report acknowledges there are several homes in close proximity to the base of the bridge that could be directly impacted by the work. It says the proponent has not offered any measures to mitigate the noise.

“The fact that the petitioner here, Morrison Hershfield, has by the staff report not offered any measures at all to help mitigate noise is a bit galling,” said Roberts.

He suggested the municipality move forward with the six-month exemption and ask the company to demonstrate that they have at least consulted with the residents in proximity to the bridge.

“This is going to be quite something — hammers, compressors, generators, engines, vehicles — at least ask them the question what are they going to do,” he said.

County chief administrative officer James Hepburn said the project isn’t far along in the construction process and, over the upcoming year, crews would be conducting some exploratory work.

“They’re not ready to start construction,” he said. “…They’ve got to do some sampling and core work, certainly not full-on construction.”

That work is expected to begin in 2019, Hepburn said.

He said MTO project manager Glen Higgins is scheduled to provide an update regarding the Skyway and Norris Whitney bridge work on Jan. 25.