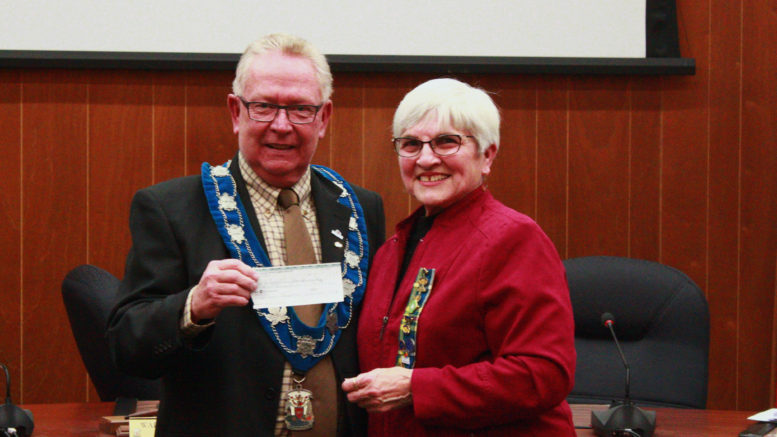 A local organization carried on its tradition of supporting specialized transit on Tuesday.

Peck said back in 2000 when she was serving her first term as district president, the organization’s membership sought to revisit a goal to establish accessible transportation in Prince Edward County. She said the group worked for years to find an acceptable solution.

“It is a delight that I’m here now again serving as president so I can present a cheque of $5,000 for a successful transportation system that’s making a difference in the lives of many people in our county,” said Peck.

Mayor Robert Quaiff said it’s a very good cause and one that the Women’s Institute has been working on for many years.

“We certainly appreciate your efforts over the years,” he said.