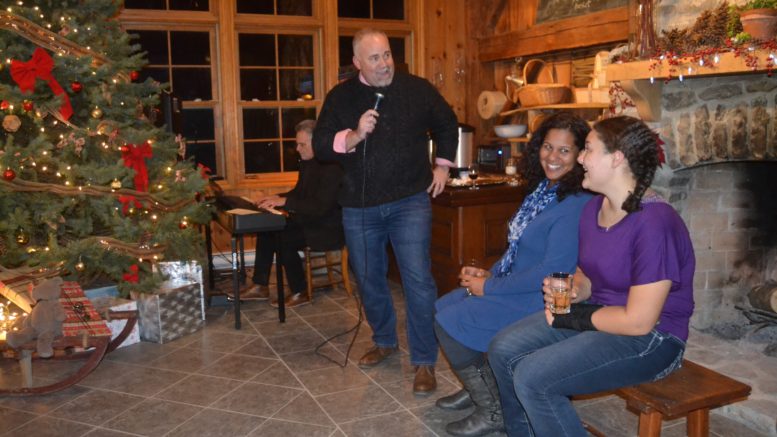 With the beating drums of another provincial election sounding in the distance, the Member of Provincial Parliament for this region is ready to hear the election call.

Prince Edward-Hastings MPP Todd Smith spoke with the Gazette via phone from his vacation spot in Antigua this week to discuss the year that was, the year that will be and what Ontarians will be thinking about when they head to the polls in June.

For the Bellville news broadcaster turned politician that was first elected in 2011 and re-elected in 2014, this past year was a chance to move further into the spotlight of Ontario politics.

Thanks to an appointment by Progressive Conservative leader Patrick Brown to the party’s energy file just under a year ago, seldom a week passed when Smith’s generous mug wasn’t gracing the pages of the Toronto dailies or the screens of the television outlets that cover Queen’s Park.

Those keeping tabs on energy and how the current government was managing (or mismanaging) the file soon found out ‘Friendly City Smitty’ wasn’t so friendly when it came to Ontario’s residents and businesses overpaying for electricity.

Since the February appointment, Smith has become the barking dog on the topic of energy at Queen’s Park and inside the Legislature during Question Period.

Given the nature of the file, Smith admitted he noticed his profile had increased given there was a new energy scandal involving the provincial government nearly every week.

Smith confirmed that while in the sunny south, he and his family were not using scuba gear labeled Goreway Energy on it, a quip aimed at over $260 million in ineligible claims made by energy companies to the Independent Electricity System Operator (IESO) – claims that wound up getting put on the backs of Ontario’s beleaguered hydro customers.

Waving scuba masks with fellow MPP Lisa MacLeod after a scathing Auditor General’s report concerning the fraudulent claims to the IESO certainly brought Smith some press but the issue the MPP was most vocal about Ontario’s Fair Hydro Plan.

Smith decried the scheme, calling it a way to keep electricity bills low during an election period.

“The government chose to take the easy way out by bring in their Fair Hydro Plan which is a borrowing scheme that will cost billions and billions in the future. They didn’t really fix the problem,” Smith said. “This plan is going to create higher prices after the next of election unless we can get in there and start to reduce the actual cost of energy generation. Already, Ontario is at a competitive disadvantage in the energy market but it could bet far worse unless something is done to lower the cost of hydro bills.”

The framework to lower the cost of hydro is  contained in the OPC’s party platform that include promises to scrap the Green Energy Act, lower hydro bills by an additional 12 per cent and remove smart meter charges from bills.

Entitled ‘The People’s Guarantee’, Smith said the platform was built with input from all over-members, taxpayers and stakeholders alike.

“I’m proud of it because Patrick Brown and our team made the commitment to consult with everyone- voters, members, stakeholders, leaders, etc. and develop this plan. We’ve stood by that promise and not handed it off to six people in a corner office in Toronto somewhere,” Smith said. “This is something took a lot of planning and effort to develop starting at the grass roots level.”

Income tax breaks, child care strategies and a mental health funding influx are just some of the aspects that appeal to the Ontario voter in Smith’s eyes.

“That last one (mental health) is a giant elephant in the province that hasn’t been addressed in some time but the immediate impact that plan will have on healthcare and policing costs is enormous,” he added.

Looking ahead, Smith found it ponderous Prince Edward County Mayor Robert Quaiff was willing to waive the Liberal banner in the riding in the upcoming provincial election considering the number of times both men were on the same side in opposing the province on a number of issues.

Industrial wind turbines, infrastructure, school consolidations and healthcare are just some examples of topics where both Smith and Quaiff took issue with the provincial government and impacts on Prince Edward County and its residents.

“I was really surprised that Robert decided to attach himself to Kathleen Wynne and the Liberals considering the conversations we’ve had about the performance of the Liberal government over the entire tenure dating all the way back to (Past Premier) Dalton McGuinty,” Smith added.

The MPP added, however, the upcoming race was not only between Todd Smith and Robert Quaiff.