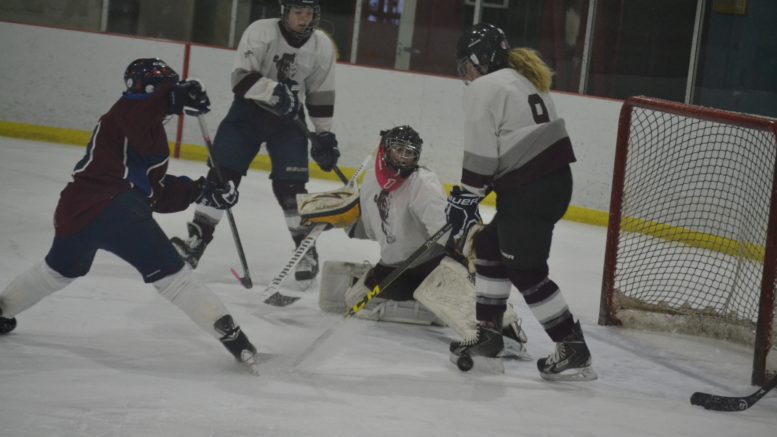 SUPER STOP- PECI netminder Maddy Rowbotham stretches out to make a save during the Panthers 3-0 loss to St. Theresa on Tuesday. (Jason Parks/Gazette Staff)

The Prince Edward Collegiate Institute Girls Hockey team was unable to corral bouncing pucks on Tuesday afternoon and it cost them. 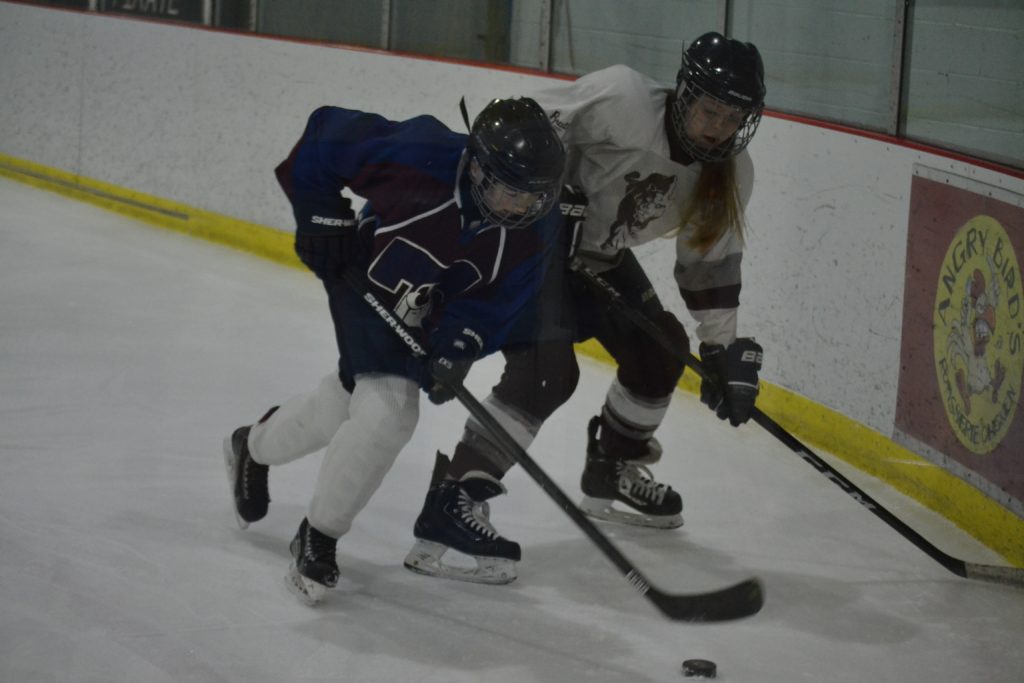 The visiting St. Theresa Titans shook off a scoreless first period and lit the lamp three times en route to a 3-0 win.

“It wasn’t the result we were looking for, however, the bounces certainly weren’t going our way,” Panthers head coach Laurie Spencer told the Gazette.

The Cats dominated the first and had several good looks at the Titan net but were unable to connect.

Panthers captain Brooke Jackson was held off the score sheet for the first time in 2017-18.

The defence, led by Chloe Marshall and Maddy Young, were clutch in their end and kept the Titan shooters off stride.

Goaltender Maddy Rowbotham made several big saves in the dying moments of the first to keep her team in the contest.

The setback pushes the Panthers Bay of Quinte record to 3-2-0 and six points and leaves the five team loop with a four-way tie St. Theresa’s, Moira and Bayside for first place.

Only Nicholson has yet to register a point this season.

The Panthers return to the Huff Estates Arena in Picton on Tues., Feb 6 when they host Bayside.