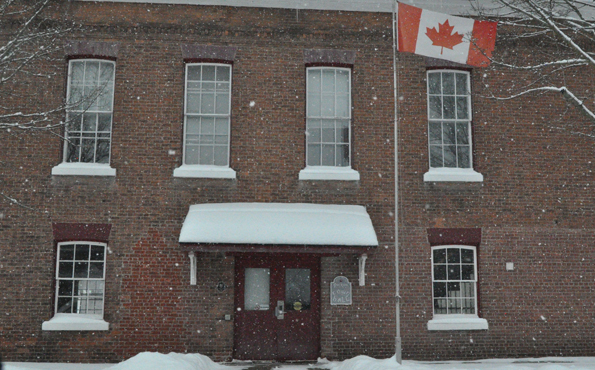 The Save The Picton Town Hall working group is looking for public input on the future of the historic building downtown.

Community members are asked to ponder a simple question: “If the Picton Town Hall could be the best town hall you could imagine, what would that look like?” and come prepared to discuss it that night.

“It was thought by the group that a visioning session, with local artists lending their talents to illustrate people’s ideas of how they might like to see the hall used in the future would be an inspiring way to begin,” said group member Christine Renaud.

With the information gathered at the visioning session, the working group plans to create one more proposals to take back to County council in hopes it will ultimately decide to keep the popular meeting place in public hands moving forward.

The Picton Town Hall is the oldest in Prince Edward County, dating back to 1866. A wide variety of groups use it for meetings and events on a regular basis.

Following the move of the fire department to its new headquarters on McDonald Drive in summer 2016, there has been much speculation of what the municipality would do with the two-storey facility. Some councillors indicated they believed the municipality planned to sell it once the new fire hall was built to recoup costs.

In June, councillors put the question to the public, calling for proposals regarding the building’s future. That call asked for expressions of interest to purchase the building and for alternative uses. Councillor Lenny Epstein held a well-attended town hall meeting where user groups spoke about their activities on the second-floor town hall and disputed the County’s utilization rates and valuation for the building. It was also at that meeting that Rebecca Sweetman shared news that a proposal regarding a year-round farmers’ market was likely to come forward.

The session served as a catalyst for the Save The Picton Town Hall group to form. It held subsequent meetings and planning sessions leading up to council’s consideration of the property in September.

At that time, councillors heard from the public that they wanted more time to discuss possibilities for the hall. While council would still be issuing an request for proposals, it would set a common deadline of six months following the issue of that request for public and private interests to respond.

Community development director Neil Carbone said at the time it would take between two and three months before the request for proposals draft would be released.

Mayor Robert Quaiff said at the time he was pleased with the timeline established.

“I think the six months is prudent. That gives everybody enough time to have a look.”

Renaud indicated that while the working group waits to see the request for proposals, it is forging ahead in hopes to engage the community as broadly as possible and ensure there’s a collective effort to keep the hall from being sold to private sector interests.

At the visioning session, members of the public will also be able to view photographs of the lower level of the building, an area many may not be completely familiar with.

Organizers stress next Sunday’s event is intended to be family friendly and all are welcomed to attend.