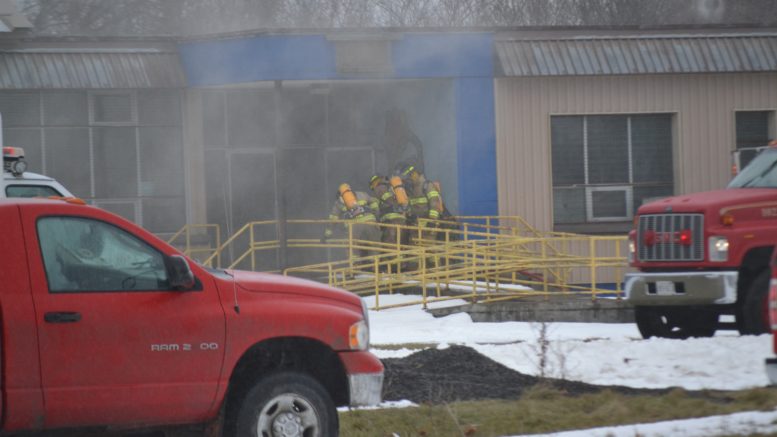 Members of the Prince Edward County fire department were tasked with fighting both a stubborn blaze and icy conditions on Monday afternoon. 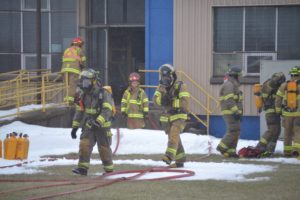 Fire crews responded to a 911 call that reported smoke billowing out of a former elementary school at Macaulay Village.

This the marks the second time in the last three to four years firefighters have attended the structure which is now used as storage and serves as an installation for solar panels.

“We know the area of origin — it started in a storage room. The point of origin is under investigation by the fire department and the Prince Edward OPP,” fire chief Scott Manlow told the Gazette Tuesday morning.

Both fire crews and Hydro One crews attended the scene which was cleared in the late afternoon.

The chief explained the panels increase the weight load on the structure’s roof and finding the transfer switch to kill the power generation can be a struggle.

“And the panels, by nature, are always producing so that’s an added challenge,” Manlow added.

Freezing rain made for difficult conditions as firefighters hauled water from nearby hydrants in Picton and ice pellets pelted crews working outside the structure.

“The road conditions dictate how swiftly we can haul water, but the guys are very good at driving safely and adapting to the conditions,” the chief said.

Damages to the storage room were estimated at $20,000 and that figure includes smoke damage throughout the building.

The scene was cleared in the late afternoon.