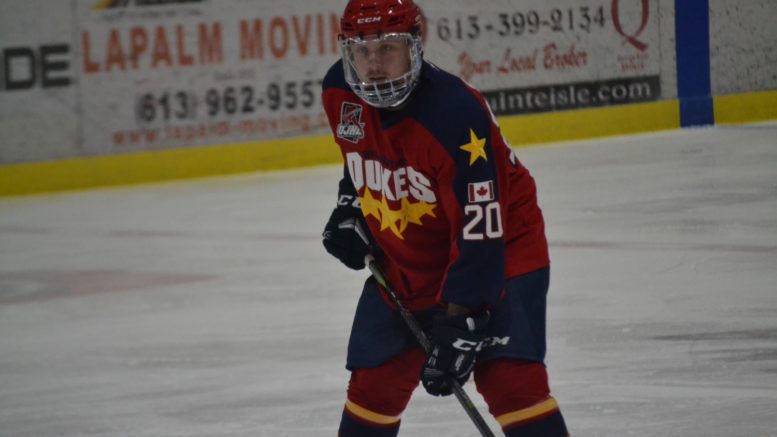 The Wellington Dukes will be well represented when the very best of the Canadian Junior Hockey League take to the ice Tuesday in Mississauga.

Dukes defencemen Mason Snell and Declan Carlile will be taking part in the annual CJHL top prospects game at Port Credit Memorial Arena as some of the best NHL-draft eligible from across Canada talent assembles for NHL, OHL and NCAA scouts. 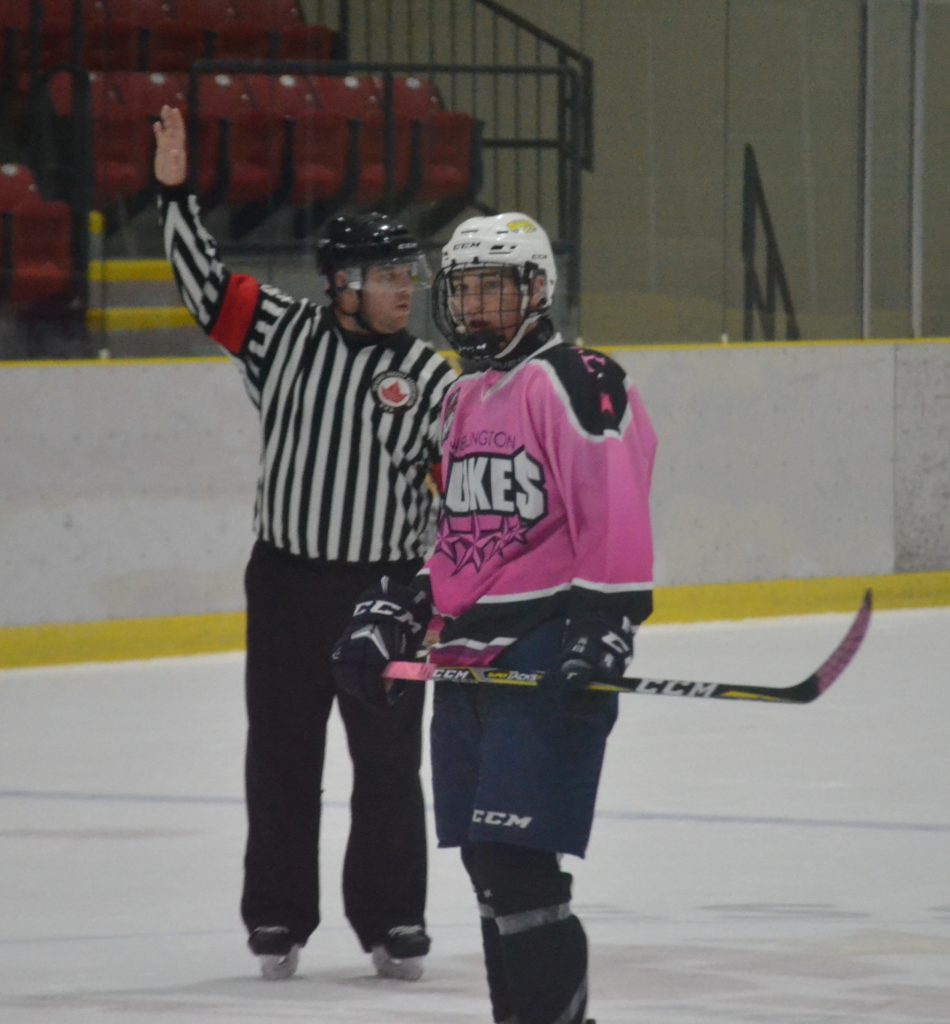 The match-up will feature 40 of the top NHL Draft eligible players from across the entire 10-league CJHL taking part.

Snell and Carlile will play for the CJHL East prospects.

Snell was named to the the original roster earlier this season while Carlile was tabbed late last week as an injury replacement.

Snell, the son of former NHLer Chris Snell, has been outstanding since Wellington acquired the Clarington native in a deal with his hometown Whitby Fury earlier this season.

In 20 games, the second-year blueliner has five goals and six helpers while quarterbacking the Wellington power play.

Carlile, a rookie, has gotten better and better as the season wears on.

The Brooklyn, Michigan native who holds dual citizenship picked up six helpers in two home games over the weekend and has six goals and 23 assists in 44 OJHL games.

“They are modern-day defencmen,” Wellington coach John Druce said of his two defenders. “They are mobile, move the puck well, see the ice well and they can skate. I think for them, because they are so mobile, choosing a time in the game when they can go and lead a rush and when they need to be patient is something that needs to be developed and refined but they are both so skillful and gifted on both sides of the puck. It’s wonderful to see two of our players involved in an event like this.”