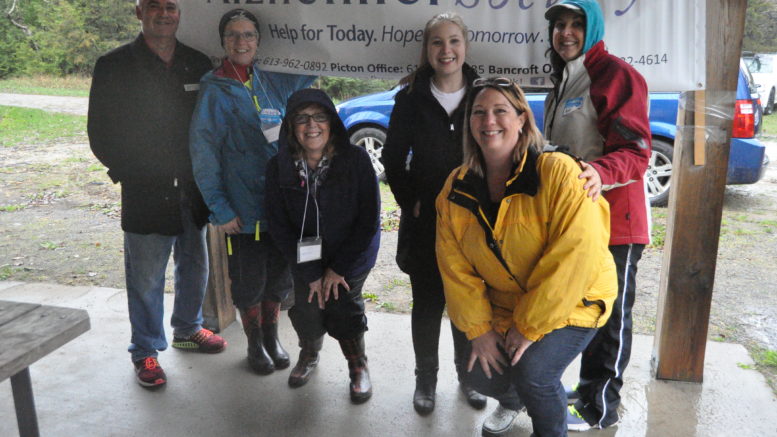 FORGET ME NOT- January is Alzheimer Awarness month and local members of the Hastings-Prince Edward Chapter are encouraging the public to stop the stigma surrounding the disease. (Adam Bramburger/Gazette Staff)

This month, Alzheimer Society of Hastings-Prince Edward has one goal.

January is Alzheimer Awareness month in Canada and with over 564,000 Canadians living with Alzheimer’s disease or some form of dementia, the need for supports the Society provides have never been greater.

In less than 15 years, this number is expected to reach nearly 1 million and while awareness about dementia has increased, stigma and negative attitudes around it continue to persist.

This is why the Alzheimer Society raises awareness and funds every January, to bring attention to this important cause.

In 2018, the Society has focused on eliminating the stigma associated with Alzheimer’s disease, dementia and memory loss.

“We want to be open in how we talk about Alzheimer’s disease, dementia and memory loss,” Local chapter Fund Development Coordinator Amelia Huffman told the Gazette. “Three out of every four people are affected by Alzheimer’s at one time in their life with it but it’s still something we don’t like to talk about very much.”

Huffman said there are a number of reasons why there’s a lack of desire to speak out about Alzheimer’s disease and related dementias.

Embarrassment felt by the people living with the disease and a general feeling there’s very little hope for those diagnosed with Alzheimer’s are among the reasons it’s not discussed more openly.

“But there’s a lot that people can do in living their best life with dementia,” Huffman added. “We’re trying to let people know that even though someone might be living with Alzheimer’s, they can still live a fulfilled life of happiness and be a part of the community.”

Nationally, the Alzheimer Society has launched the “I Live With Dementia” awareness campaign. To help stop stigma and learn more you can visit ilivewithdementia.ca – and use the hashtag #ilivewithdementia to help spread the word. Local councils have proclaimed January as “Alzheimer Awareness Month” at recent municipal council meetings. The Awareness colour for Alzheimer’s disease and dementia is blue, and the recognition flower is the “Forget Me Not”.

The Society encourages the community to pick a day to wear blue to show support for local families. This is a great initiative for businesses, community groups and teams. The Alzheimer Society is also selling “Forget Me Not” ties for $25. T

The Alzheimer Society of Hastings-Prince Edward has offices in Belleville, Picton, and Bancroft, and serves all of Hastings and Prince Edward County, and Brighton. The Society provides free education and support programming to everyone in our community.

If you have questions or concerns, or would like to get more involved please contact your local office today.