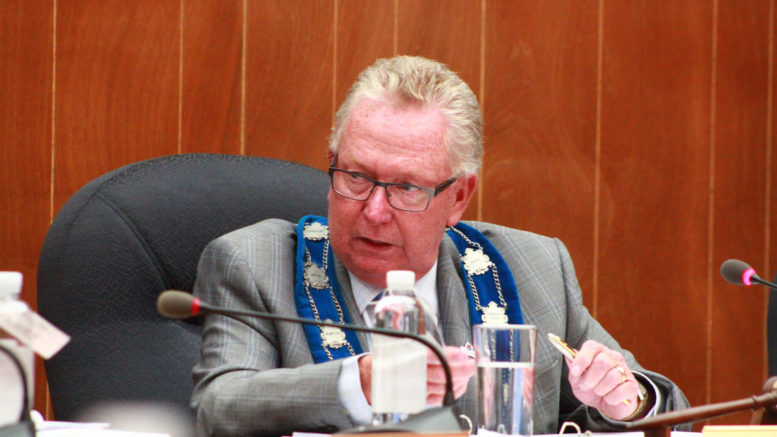 Education, housing, and infrastructure remain the most pressing topics for Prince Edward County as a delegation from the municipality met with Ontario representatives this week in Toronto.

Quaiff said the local officials were able to meet with representatives from the Ministry of Education, Ministry of Housing, and Ministry of Transportation.

On Monday the County delegation had an opportunity to meet with Minister of Education Indira Naidoo-Harris where the Sophiasburgh Central School community hub initiative was discussed. Karen Petrie, a special advisor to the premier for community hubs, had been assigned the file, said Quaiff.

“She has extensive knowledge and background when it comes to hubs,” he said. “They volunteered her as a resource to us and they’re very much aware and they want to look at this as a [project] that could become a model for Ontario.”

Quaiff said he felt good about the discussion.

“I’m encouraged by the meeting that we had, so we’ll see what happens,” he said. “They’re going to touch base with me in a couple of days with further information.”

Meanwhile, that project continues to build steam. A town hall meeting to discuss efforts to establish a County Food Hub at the school was slated for Wednesday evening.

A dearth of affordable housing was among the major concerns the County brought to ministers at the ROMA conference. Quaiff said the municipality set aside funding in the 2018 budget for affordable housing projects, however, more has to be done.

“We explained that we have set aside $250,000, but we needed to have more money put into the pot for affordable housing,” he said.

Quaiff said the ministry provided some information as to where additional funding might be found and felt positive coming out of the meeting.

Efforts are underway in the community to help address the issue. The Emmanuel Baptist Church seniors affordable co-housing committee is seeking to redevelop the former Pinecrest Memorial Elementary School for their proposed LoveSong Seniors Housing and Community Hub.

Another burning issue, the redevelopment of County Rd. 49, was also a topic of discussion this week. Quaiff said the County delegation had a chance to chat with new Minister of Transportation Kathryn McGarry about the project. All but 1.4 kilometres of the 18.6-kilometre stretch of highway is concrete. A municipal estimate pegged the cost at approximately $21 million to complete the rehabilitation. Council approved an assessment and rehabilitation options study back in July last year.

Quaiff noted McGarry was aware of the issue and had been brought up to date by a senior policy advisor.

Local representatives were also able to secure some time with Attorney General Yasir Naqvi. Quaiff said the delegation spoke about the possibility of increasing the age of consent for sexual activity. The age of consent was last raised from 14 to 16 back in 2008.

Quaiff said the discussion was brought up after he’d been contacted by county residents who had concerns about the current rules around consent.

“I’ve received a couple of reports from some families in the municipality that have concern that young kids can be exposed to it, and it doesn’t seem right,” he said. “You can have an issue where a 16-year-old is dating a 36-year-old and I just thought, let’s start the conversation.”

Quaiff said the attorney general’s office advised the municipality to draft a letter of support that could be circulated to the provincial and federal governments. He suggested that could be an issue council will discuss in the future.

Lastly, the county received some positive news this week. Minister of Agriculture, Food and Rural Affairs Jeff Leal indicated during the conference that the municipality was successful in its application for a grant and will receive $56,994 toward downtown revitalization initiatives.

“It can be used for anything from planting trees to painting crosswalks, things of that nature, so that’s good news for us,” said Quaiff.