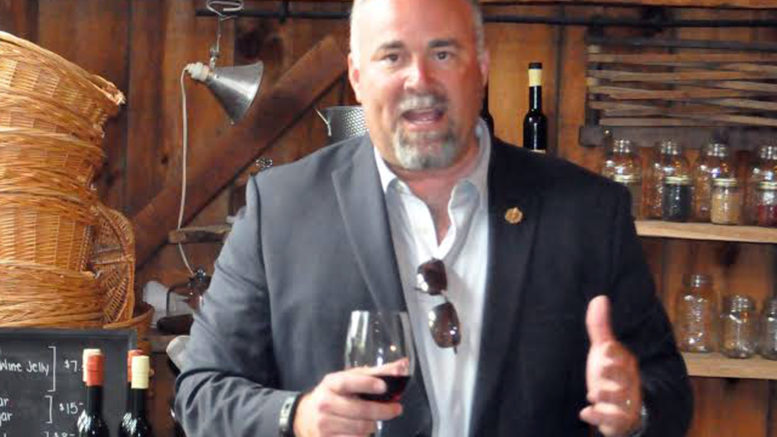 “You can change your headline to ‘Smitty’s mulling it over,'” Smith told the Gazette Tuesday morning after interim leader Vic Fedeli announced he wouldn’t seek the position on a permanent basis prior to the anticipated spring election.

While Smith said he believes Fedeli is the right guy to lead the party into that vote, he said his colleague decided he has more immediate work to do for the party. Fedeli’s announcement came after he thoroughly reviewed the party’s books and infrastructure since caucus unanimously backed him leader Friday.

“He phoned me this morning and told me that after a lot of thought and examining the books and status of  the IT system and a number of problems he’s encountered with way party has been run over last two and a half to three years, it’s time somebody pay attention to that and correct it before the problem gets out of control,” Smith said.

“He said he can’t do that if he’s running across the province in a leadership race. Somebody has to be that steady helm. Vic is a party-first guy and a man of tremendous integrity.”

Smith acknowledged that decision was a sacrifice of Fedeli’s own aspirations and declined to comment on whether the announcement might encourage party executives to reconsider plans to hold a leadership convention in March. He said he understood the executive would be meeting Wednesday.

Meanwhile, Smith said he’d spend Tuesday on the phone looking into his own options.

“There’s a campaign team in place for Vic Fedeli. I’m going to be on the phone with those guys to see what they think is in the best interest of the party,” he said. “I have lots of people to talk to including — most importantly — my wife and daughters, and my supporters, friends, and staff.  I haven’t ruled anything out. I have a lot of people to talk to today.”

Asked if he had received any direction from Fedeli regarding what he should do, Smith said the interim leader is staying out of the fray right now.

“He’s going to stay out of it. He’s not going to acknowledge the race going on. He wants to fix things that are broken in the party apparatus,” Smith said, but added he would welcome  Fedeli’s counsel in his decision making.

“I’ll be calling and having a chat with him and, perhaps more importantly, I’ll be talking with his team to see what they think,” he said.

Fedeli also announced changes to his shadow cabinet this morning. Lisa MacLeod will replace him as finance critic, Lorne Coe will become education critic, and Lisa Thompson will become the caucus chair.  Smith will remain energy critic and he’ll also move into a front-row seat in Queen’s Park legislature.