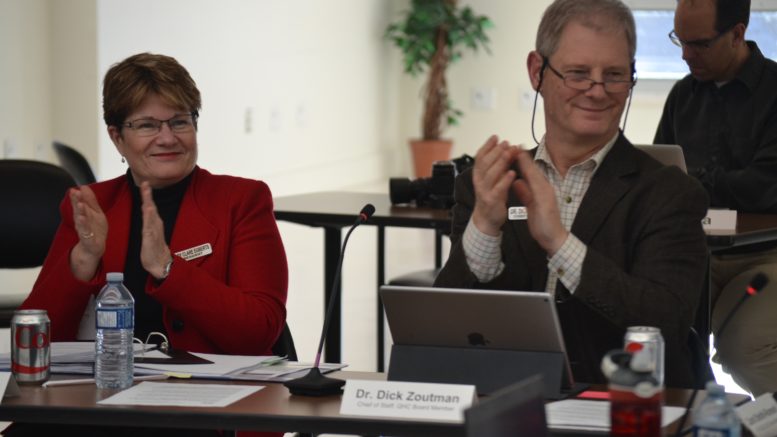 The SE LHIN board of directors chose to unanimously support Stage 1 of the capital branch submission of a project that will bring a proposed 17-bed hospital to the lands adjacent to the current PECMH facility.

This approval is regarded to be the final required piece prior to the Ministry of Health and Long-Term Care giving QHC and the community the green light to starting in-depth planning and fundraising for a new hospital in Prince Edward County.

According to early plans, the new facility will continue to offer a 24-hour emergency department, diagnostic services and imaging as well as a regional endoscopy unit.

CEO and President of QHC Mary Clare Egberts told the Gazette the approval was a very important step in the redevelopment project.

“This approval will show the Ministry of Health and Long-Term Care that the QHC board, the executive and the LHIN are all on board and in support of this hospital so we are thrilled to reach this step,” Egberts said.

The new facility, which could be operational by 2024, is expected to cost around $76 million with the community expected to raise about $12.7 million of that cost.

The PECMH Redevelopment Steering committee will now await word from the ministry for the group to move to Stage 2.

In that stage, a planning committee of staff, physicians and planners will gather an being to flesh out what the new facility will look and, more importantly, function like.

“Stage 2 is where we complete the very detailed functional planning and programming of the new hospital,” Egberts explained. “Planning every single room, how big they are going to be, how we are going to layout the furniture. It will be a huge task for our staff and physicians to plan exactly what this hospital is going to look like.”

After gaining SE LHIN approval for Stage One, Egberts said she was “thrilled” to pass this very significant milestone and that a new PECMH is almost surely a reality.

“I think we are well on our way and I’m closer to saying that I’m looking forward to that shovel in the ground for the new hospital,” Egberts added. “It is a very long process but we’ve moved exceedingly fast and that’s a testament to the importance of a new redeveloped PECMH and the ministry sees that.”