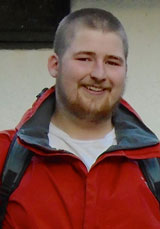 Eion Marcus Campbell
December 13, 1996 – January 23, 2018
Eion (Onion) passed away peacefully at home on January 23, 2018. Loving son of Andrea (Ford) and the late Kevin Campbell. Brother and best friend to Richard. Grandson of Jackie and the late Ricky Campbell, Theresa and the late James Ford. Nephew of Kim (Chris), Geraldine (Martin), Sheila (Joe) and June. Cousin of Tristan, Garrett, Sean, Bill, Ryan, Russell and Amanda. He will be missed by many of his friends and extended family group. Eion had a tenacious nature that shone through in his determination to try any activity that sparked his interest, as well as the fearless nature in which he faced his illness. Eion lived very selflessly which could be captured by his well-known philosophy of “you do you”. The Celebration of Life was held in Georgetown on January 27, 2018. In honour of Eion please become a blood donor and/or stem cell donor. Donations in Eion’s memory can be made to Sick Kids hospital, Princess Margaret Hospital, or Canadian Blood Services.