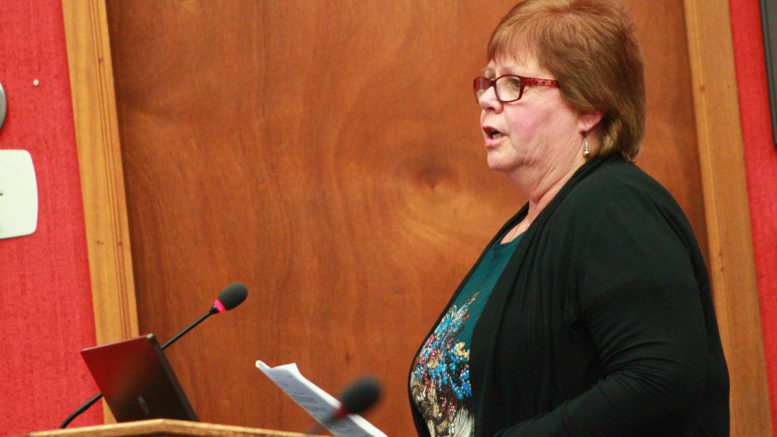 The proponents of the LoveSong Seniors Housing and Community Hub formally requested a partnership with the municipality for the affordable housing project last week while it was announced the municipality’s expression of interest in Pinecrest Memorial Elementary School has been accepted.

Following a deputation from LoveSong representative Joy Vervoort during last week’s committee-of-the-whole meeting, councillors asked for a staff report on the request. That report will come forward at a future meeting.

Vervoort said the group is seeking council’s approval for LoveSong to partner with the municipality to acquire Pinecrest to build a seniors housing complex and community hub.

Council voted in December to file an expression of interest with the Hastings and Prince Edward District School Board for the property in order to support that vision. Mayor Robert Quaiff announced during last Thursday’s meeting the County has received word that expression of interest has been accepted, allowing the municipality to enter into negotiations to acquire the property.

“The meetings that I had with the minister of education, the minister of housing, the minister of infrastructure, we got some really good information, really good feedback,” he said, noting that the special advisor to the premier for community hubs, Karen Petrie, was in the room for the discussions. “I’ve just been told that we have been awarded the first expression of interest on Pinecrest School.”

Councillor Bill Roberts said it was great project and congratulated the LoveSong group on the work they’ve done so far.

“This project is fantastic, it’s just incredible,” he said. “You need to be applauded and celebrated, you’ve put out principles like safe, decent, affordable housing, the spirit of co-operation and community, and you took all that as a basic human right approach, which really appeals to me personally.”

Roberts questioned whether the housing would be open to all faiths and backgrounds considering the Emmanuel Baptist Church congregation is the driving force behind the project.

Vervoort said the intention is the housing would be available for anyone, regardless of beliefs.

“LoveSong will be open to tenants of any denomination and non-believers alike — it’s not being built for Emmanuel Baptist Church,” she said.

Vervoort said the LoveSong group is appreciative of all the support the municipality has given the project to this point. She said the group envisions the municipality’s involvement limited to property acquisition, rezoning, planning and development approvals, permits and negotiation of development fees. However, she said it’s still unknown at this point what the partnership would look like.

She said the County is experiencing a critical shortage of affordable housing and the proponents of the project have witnessed the impacts. Seniors are the fastest growing segment of the local population and the group wants to help better the lives of those who lack decent affordable housing while living on a fixed income, she said.

“Picture the excitement these individuals might feel as they return to an old familiar building, re-purposed into their home — a home that will support them as their needs change,” she said. “This is our vision for LoveSong.”