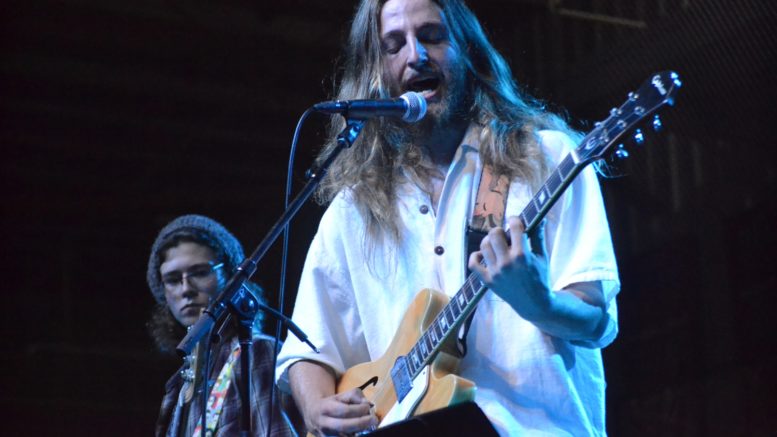 A Maritimer now living in West Lake is bringing a classic rock and smoking blues festival to Prince Edward County this August.

Jay Chetwynd has had success running a pair of festivals in Nova Scotia in the past decade, one a similar type event with blues and rock music and another that offers a festival goers with heavy metal and hard rock sounds.

“I’ve always wanted to have a festival that’s closer to home,” Chetwynd told the Gazette. “I still continue those events in Nova Scotia but I wanted to have something close by that someday I can hand off to my boys.”

PEC Fest is a family-friendly event promises to be the ultimate getaway for visitors looking to have a little music mixed into their County vacation, as well as a wonderful “stay-cation” for County folks who want an affordable, quality weekend of musical fun.

Chetwynd said the festival will offer safe, on-site camping, fantastic food vendors, local artisans, an open mic for folks to let their star shine, tons of giveaways and the chance to be surrounded by like-minded music lovers for the whole weekend.

Creator of the Smokin’ Blues Fest and the Maritime Metal and Hard Rock Festival, Chetwynd believes he has the experience to create a memorable and lasting event that can become an annual tradition amongst live music lovers.

“I’m very grassroots but I’ve been through it all and I wouldn’t delve into something here if I didn’t have a good grasp, previous experience and a vision,” Chetwynd said.

Among the acts already booked include Harvey Lee Osmond of Junkhouse and Blackie and the Rodeo Kings fame as well as Wild T and the Spirit.

Toney Springer has performed with the late David Bowie and is considered the world’s best Jimi Hendrix tribute artist.

“We spoken and he’s promised to play about 45 minutes worth of Jimi Hendrix classics,” added Chetwynd. “If you like Jimi, Wild T is not to be missed.”

Also on the bill will be local act Crimson Cay who opened for David Wilcox last summer and have developed a great local following.

Other acts will be booked once summer concert schedules are finalized.

Chetwynd chose the Milford Fairgrounds because the community has been very receptive to the idea of of having a live summer time event.

“Milford has lost an event or two over the last couple of years and hopefully this will fill the gap that was left behind,” said Chetwynd.

The event is sponsored by Clearwater Designs and Sandbanks Vacations and Tours.