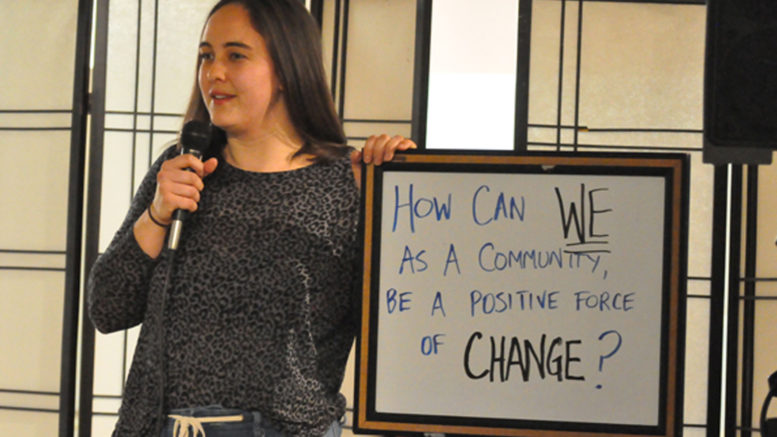 Sharing experience -Stephanie Bell, a candidate in the 2014 municipal election, will talk about her experiences at the Picton library branch tonight as part of Project Prince Edward. (Adam Bramburger/Gazette staff)

Those considering a run for public office this year can gain some valuable advice tonight from others who have been there. Project Prince Edward is hosting the first in a series of informational meetings designed to give people the information they need to put together an informed campaign for a seat at Shire Hall.

Thursday’s session, entitled “How to Campaign in Prince Edward,” will feature a panel including former Picton councillor Bev Campbell, former Hallowell councillor Heather Campbell, and Stephanie Bell, who ran in Picton during the last election in 2014. The free event will take place at the Picton branch of the County Library from 6:30-8 p.m.

“I hope people will show up and get good conversations going. That’s the whole point.”

MacNaughton recalled efforts in 2014 by the likes of former County clerk Victoria Leskie and Wellington Times editor Rick Conroy to try to encourage people to become involved. Leskie’s efforts, in particular, were aimed at promoting the involvement of women, but that didn’t pan out. “Despite those efforts, our council lost women. At that point, I felt guilty for not stepping up and throwing my own hat into the ring,” MacNaughton said.

While MacNaughton said she’d like to see more women involved, her effort isn’t just about female participation. “I want to see if we can get some diverse people interested. I’m interested in seeing more women or any kind of fresh perspective — people we don’t see currently on council,” she said. “There are no people with young children, with the exception of Lenny (Epstein). The face of the county is changing — it’s not as homogenous as it used to be. There’s room for all of us, but particularly women. I think it’s ridiculous we don’t have anything approaching gender parity on council.”

Anyone interested running or seriously supporting anyone running is welcome to attend. MacNaughton said there will be five talks in the series. Next Thursday, Leskie will present “How Council Works,” discussing the role councillors play and their interactions with staff departments. She’ll also discuss some of the different functions the municipality carries out. Mayor Robert Quaiff will also attend that session at the library from 6:30-8 p.m. to discuss the County’s interactions with the two higher levels of government.

MacNaughton plans to wrap the series on International Women’s Day with a specific talk about overcoming issues facing women campaigning. Those interested in Project Prince Edward can find the initiative on Facebook. Nominations for the