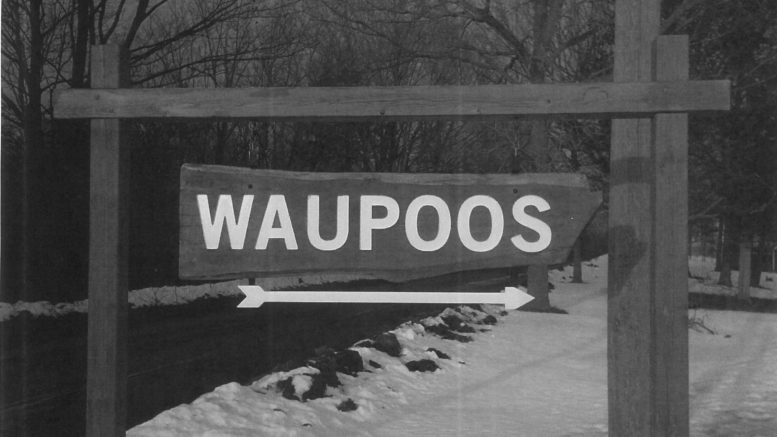 Hosted by the North Marysburgh recreation committee, the show takes place on Sunday, Feb. 18 from 2–4 p.m. at the North Marysburgh Recreation Centre and features photos of ’50s, ’60s, and ’70s Waupoos. Following the show, all the photos will be donated to the Waupoos Town Hall Vintage Photo Collection.

The show is a follow up to last year’s vintage photo show which began with county resident John Lyons who was conducting his own genealogy research.

“My personal Lyons and Bongard family history and genealogy research was turning up a lot of S.S. #6 Waupoos Public School records and photos, as my own family siblings all attended that little one-room brick schoolhouse, as well as my maternal grandmother, and her own extended family and relatives, and preceding ancestors,” said Lyons. “I could not help but notice a lot of very familiar Waupoos neighbour’s names, and faces, as well.”

Being an amateur historian and genealogist himself, Lyons said sharing the information with those neighbours was a satisfying and sometimes joyful experience. Since he’d collected so much documentation he felt needed to be shared, he came up with the idea of donating copies to the public school class photo collection that already adorned the walls of the North Marysburgh Recreation Centre.

He decided to make the donation as a single mass unveiling and donation event, inviting neighbours and alumni to come and see them.

“I am not a believer that history should be collected, only to gather dust, but to apply it, for public consumption, hopefully educate the unaware, and promote the preservation of Prince Edward County by shining a light on facets of it that would otherwise be left in the dark,” said Lyons.

Lyons said this year’s show features a lot of items that have sentimental value. One donation in particular will resonate with longtime Waupoos area residents, he said.

Mark Hepburn, whose late father, Jay, was the last owner of the Waupoos Canning Factory before it was closed has donated a large colour aerial photo of the factory. The building was the largest industrial complex in North Marysburgh history. A number of the old factory buildings remain, surviving today as the Waupoos Marina.

Lyons said there are several other items related to the factory, including a 1930 employee group photo which includes his own paternal great-grandmother, Lavina Bongard.
Of a wider interest, Lyons said there are a couple of 1938 S.S. #6 school photos related to a county-wide contest initiated by the Picton Times newspaper. Every local public school was challenged to come up with their own school newspaper and the entries were judged by former Picton resident J. Herbert Hodgins —who was the editor of the national Canadian Home and Gardens and Mayfair magazines — as well as the editors of the Toronto Globe and Mail newspaper.

“Of the 40 county student-produced school newspapers entered, the S.S. #6 Waupoos ‘Pow-Wow’ was chosen as the best,” he said.

Lyons will be presenting the show and giving a short description of each item. North Marysburgh councillor David Harrison is expected to be on hand to say a few words to open the show and Mark Hepburn will be doing a presentation of the Waupoos Canning Factory photo and will be dedicating it on behalf of his family.

Lyons digitizes and enhances the photos where necessary, researches and writes out descriptions of each as well as having the photos printed and framed. He said local residents have been more than willing to offer up their vintage photographs in support of the show.

“Most of this year’s photo donations are ones that have been voluntarily brought forward to me, following last year’s show, by local residents who are willing to share their family treasures, for which I am extremely grateful,” he said. “The people of Waupoos, North Marysburgh, and area have been so generous, that the walls of the North Marysburgh Recreation Centre are quickly running out of space.”

He thanked Frank Wright, MaryKay Morris, and Paul Cole for their photo and information contributions, Ellen Snider for her help with hall arrangements, the North Marysburgh recreation committee, and the Prince Edward County Public Library and Archives for their technical help.

Lyons encouraged anyone who hasn’t seen the collection to take an opportunity to do so.

“These are so much more than just old photos, they are more than just snapshots of our history,” he said. “Once you study the faces of the people in these photos — especially the children — and see the innocence captured from those times, now and forever, you will realize these photos are at the level of art in their own right.”

The show is free, although the North Marysburgh recreation committee will gladly accept donations.