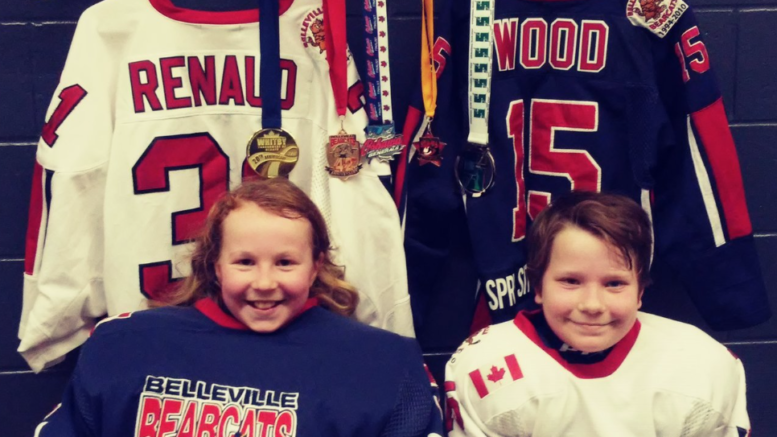 BEARCATS ARE BEST- (From left) County natives Brylie Renaud and Taylor Wood are part of the 2017-18 Atom A Belleville Bearcats team that have won four tournaments so far this season. (Submitted Photo)

The Spry Site Supervision Belleville Atom A Bearcats have a distinct Prince Edward County flavour as they push their way to the 2018 Lower Lakes Playoff Championship and beyond. 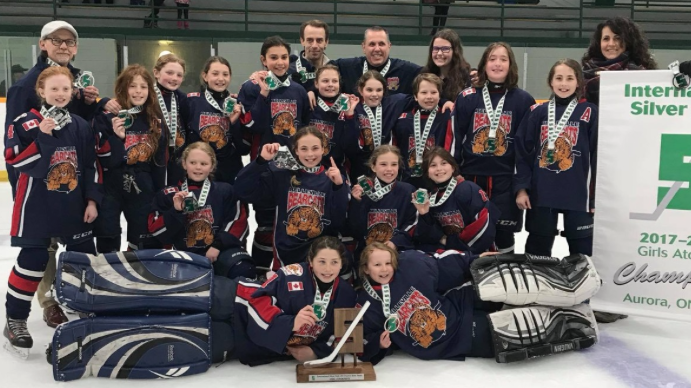 The 2017-18 Atom A Belleville Bearcats after the International Silver Stick finals in Aurora earlier this month. (Submitted Photo)

County natives Taylor Wood and Brylie Renaud are players on the all girls club while the team is coached by county residents John Hoskin and his daughter Eve and Joe Belanger.

The Bearcats will start their semi final series against Toronto Leaside on Monday afternoon and have posted a 44-6-7 record this season.

That overall gaudy mark includes four tournament victories with the most recent being the prestigious International Silver Stick Championship they captured in Aurora earlier this month.

John Hoskin explained this club seems to want it more once the puck drops and prepares off the ice to win battles on the ice.

“They just work harder than everyone else away from the rink, they have programs they work on at home,” Hoskin said. “They want to do it and the parents are really supportive and that helps.”

A first year defender on the squad, Hoskin said Wood’s skills are apparent.

“But she stands in there really well and her work ethic is what sets her apart. She’s talented but she works incredibly hard at practice and in the games,” Hoskin said.

Renaud is one of the club’s two netminders and Hoskin had high praise for his puckstoppers who have combined to shutout the opposition an unbelievable 28 times this year.

“Probably one of the most important parts of this team is goaltending and we are blessed to have the best two goaltenders in the Lower Lakes League,” Hoskin said. “(Renaud) brings a quiet confidence to the dressing room and it doesn’t matter what’s happening in the game, there can be chaos but the players know she’s calm and that clams the players down.”

The club has qualified for provincials in April and with a series win against Leaside would progress to the 2018 Lower Lakes Championship Weekend at the end of March where they would represent the East Division.