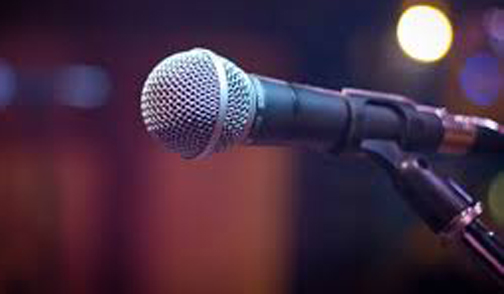 More radio drama is on the way courtesy of 99.3 County FM.

The radio station’s series of live recordings continues at the Bloomfield Town Hall Monday at 2 p.m. and at the Consecon Legion the following day.

Producer Suzanne Pasternak says the next play is filled with traditional county folklore surrounding the Outlet River gold been passed down for generations and been well documented through the years.

Playwrights Robert Griffin and Joanne Cullen — a husband and wife team — put together The Tale of the Outlet River Gold. Cullen had been one of the actors from the station’s 2017 radio drama series, which was funded by Canada’s New Horizons For Seniors program.

“My husband started to write this paly when he was inspired by the local folklore legend about gold that was sunk in the Outlet River near Sandbanks in the 1700s,” Cullen said. “Series producer Suzanne Pasternak suggested that Robert and I should develop it into a radio play for 99.3 County FM, and so we did!”

The play shares a story of an epic war between the British and French in early Canada, but it has a county twist, Pasternak noted. There’s a treasure hunt for lost gold thrown overboard into the Outlet River, a scandalous romance, and a surprise twist at the end of the tale that no one will see coming.

“Director Bill McMahon and I have further adapted the script for stage and it really is fun,” Pasternak said. “When you hear the story, you think ‘Wow! This is wild! This really happened?’ Truth is always stranger than fiction.”

The production of this play has been made possible by support from the Parrott Foundation and from the federal government. The live recording sessions are open to the public.